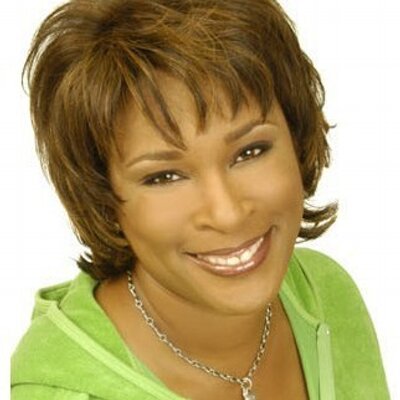 Formerly One of the Best Female Tennis Players & Member of the U.S. Olympic Team; Contestant on "The Biggest Loser"

An African American and the youngest of seven children, Zina Garrison started playing tennis at the age of 10 and entered her first tournament at the age of 12. Her success as a junior player quickly made the tennis world take notice. At the age of 14 she won the national girls’ 18s title. And…

An African American and the youngest of seven children, Zina Garrison started playing tennis at the age of 10 and entered her first tournament at the age of 12. Her success as a junior player quickly made the tennis world take notice. At the age of 14 she won the national girls’ 18s title. And then in 1981, she won both the Wimbledon and US Open junior titles and was ranked the World No. 1 junior player. Garrison graduated from Sterling High School in Houston in 1982.

Garrison began suffering from the eating disorder bulimia when she was 19, following the death of her mother. “I had never been comfortable with my looks and felt I had lost the only person who loved me unconditionally,” Garrison told the British Observer Sport Monthly in 2006. “The pressure of being labeled ‘the next Althea Gibson’ only made things worse. I felt I was never going to be allowed to grow into just becoming me.”

Garrison turned professional in 1982, and skipped her graduation at Ross Sterling High School to compete in the French Open, her first tournament as a professional, where she reached the quarterfinals before being knocked-out by Martina Navrátilová.

Despite battling bulimia during her first few years on the tour, Garrison enjoyed notable success on-court. She reached the Australian Open semifinals in her first full year on the tour – 1983 – and finished the year ranked World No. 10. She won her first top-level singles titles in 1984 at the European Indoor Championships in Zürich. She was a Wimbledon semifinalist in 1985, and in 1986, she won her first tour doubles at the Canadian Open (partnering Gabriela Sabatini).

At the 1988 Olympic Games in Seoul, Garrison teamed with Pam Shriver to win the women’s doubles gold medal for the United States, defeating Jana Novotná and Helena Suková of Czechoslovakia in the final. And Garrison defeated Shriver in the quarterfinals of the singles event, where she won a bronze medal. At the US Open, she defeated defending champion Navratilova for the first time in her career, advancing to the semifinals where she lost to Sabatini.

In 1989, Garrison defeated Chris Evert 7–6, 6–2 in the quarterfinals of the US Open in what proved to be the final Grand Slam singles match of Evert’s career. Garrison subsequently lost to Navrátilová in the semifinals. She finished 1989 ranked a career-high World No. 4 in singles.

The highlight of Garrison’s career came in 1990 at Wimbledon. She defeated French Open champion Monica Seles in the quarterfinals 3–6, 6–3, 9–7 and the defending Wimbledon champion and World No. 1 Steffi Graf in the semifinals 6–3, 3–6, 6–4 to reach her first (and only) Grand Slam singles final, becoming the first African-American woman to do so since Althea Gibson. There, she lost to Navrátilová 6–4, 6–1 who won her record ninth women’s singles title at Wimbledon. However, Garrison claimed her third Grand Slam mixed doubles title at Wimbledon that year (partnering Rick Leach).

Garrison retired from the professional tour in 1996. During her career, she won 14 top-level singles titles and 20 doubles titles. Since retiring from the tour, Garrison has worked as a television commentator and maintained active roles in the community and in tennis. She founded the Zina Garrison Foundation for the Homeless in 1988, and the Zina Garrison All-Court Tennis Program, which supports inner-city tennis in Houston, in 1992. She has also served as a member of the United States President’s Council on Physical Fitness and Sports. She is a member of Alpha Kappa Alpha sorority.

Garrison has maintained a presence on the professional tennis scene, and was the captain for the U.S. Federation Cup team before relinquishing the role to Mary Joe Fernandez in 2008. This role involves coaching the team and giving on-court advice. She also led the U.S. women’s team at the 2008 Beijing Games tennis event where team members Venus and Serena Williams won a doubles gold medal.

A Conversation With Zina Garrison
Talks on Her Tennis Academy, Reflects on Her Career, and much more..

Zina Garrison Talks on Her Tennis Academy, Reflects on Her Career, and much more..