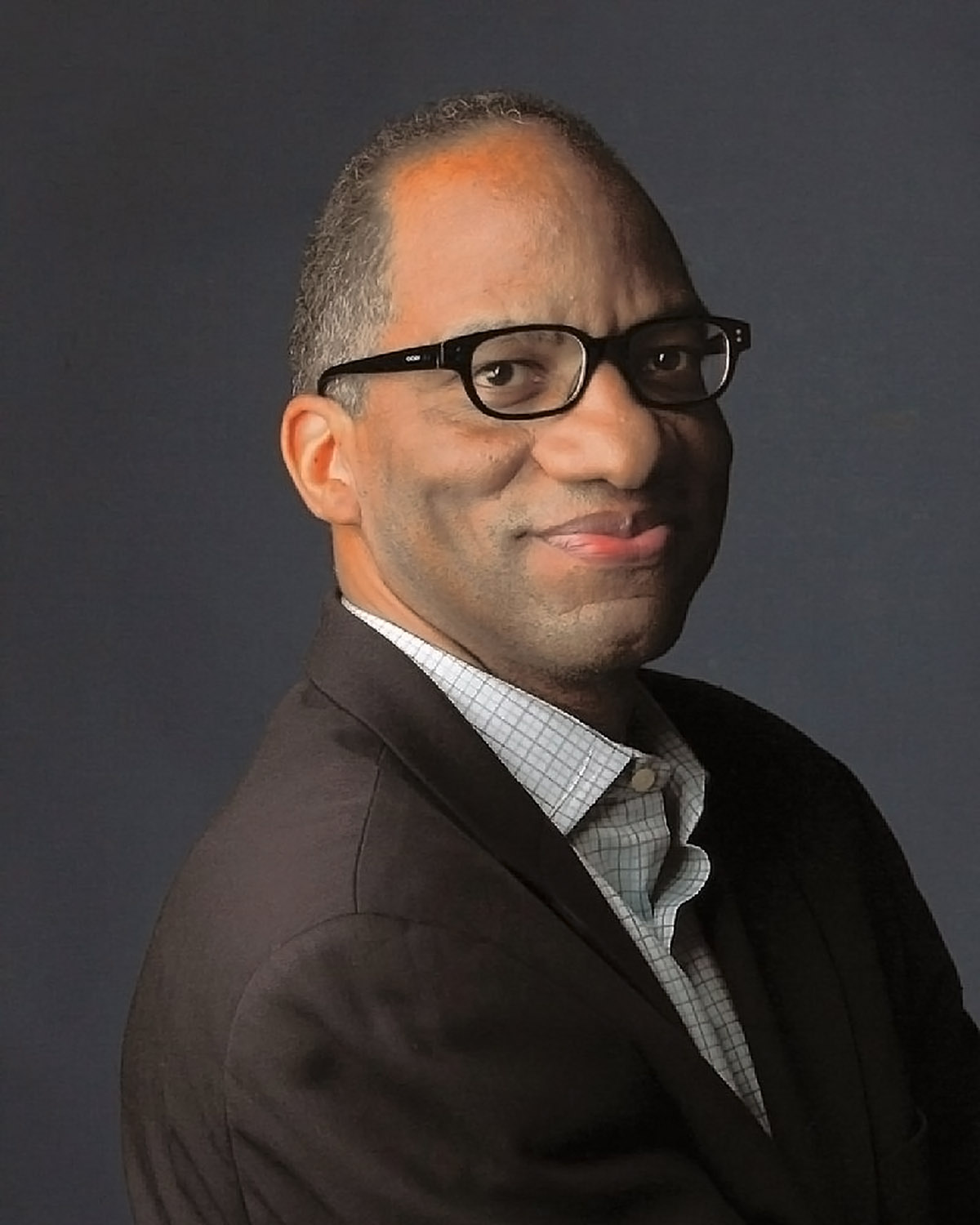 Best known as the author of the New York Times bestseller The Butler: A Witness to History, Wil Haygood is a distinguished writer whose career has spanned decades. He was an associate producer on the film adaptation of his book, The Butler, which was sparked from his Washington Post article. The movie attracted an impressive…

Best known as the author of the New York Times bestseller The Butler: A Witness to History, Wil Haygood is a distinguished writer whose career has spanned decades. He was an associate producer on the film adaptation of his book, The Butler, which was sparked from his Washington Post article.

He worked many years at two of the most premiere papers in America (The Boston Globe and The Washington Post); during that time, he witnessed Nelson Mandela’s release after 27 years of imprisonment, was taken hostage by Somalian rebels, covered New Orleans post-Hurricane Katrina for 33 straight days without a break, traveled with Barack Obama, and was nominated for a Pulitzer Prize.

The New York Times said, “Haygood is passionate and eloquent. [He] has done a great service by reminding us of an extraordinary man at an extraordinary moment.” Since its publication in September 2015, the book has been flying off the shelves.

Not only has he received praise from many news outlets such as The Boston Globe “A vivid portrait,” The LA Times “A richly textured account,” and the New York Times Editors’ Choice, but the book has won Ohioana Book Award, the Scribes Book Award and a BCALA Literary Award. On top of that, the book remains a finalist for an NAACP Image Award, the Dayton Literary Peace Prize, an Andrew Carnegie Medal for Excellence and the Benjamin Hooks National Book Award.

It has been named one of the best books of the year by The Washington Post, NPR, The Boston Globe, Minneapolis Star Tribune, Booklist and Baltimore magazine. An even further showing of Showdown’s success, renowned historian Michael Beschloss applauded the book, saying “Wil Haygood has brought us an elegant, fascinating and important tale, rendered with relentless originality. Showdown is a must read.”

Translated into over a dozen languages, The Butler: A Witness to History, is the story of Eugene Allen, the White House butler who served U.S. presidents from Harry Truman to Ronald Reagan. From Allen’s time as a butler led him to become a “discreet stage hand who for three decades helped keep the show running in the most important political theatre of all.”

President Jimmy Carter described the film as: “…one of the best dramatizations of the Civil Rights Movement I have seen.” Additionally, Oyelowo credited The Butler (and 12 Years a Slave) as changing the narrative in Hollywood for African Americans.

Haygood speaks on a variety of topics in his presentations; his long career as a reporter covering both national and global affairs makes him an authority on addressing any complex issue.

For instance, audiences attending Haygood’s programs will hear a first-hand account of surviving a hostage situation, as well as the life lessons learned from the butler that served eight presidents. Haygood also shares that he is the first of his family to attend college and escape poverty, showing his determination and passion as well as inspiring others. In the end, Haygood hopes that his talks help people feel more passionate about their ideas, and learn more about race, perseverance, adversity, and the government inner workings.

Four Great Modern Legal Cases that Changed American Law and Why they Still Matter
Before he ascended to the Supreme Court in 1967, Thurgood Marshall took four equal rights cases before the United States Supreme Court, winning them all. In 1944, he was victorious in Smith v Allwright, which outlawed discrimination in Democratic primaries. In 1948, the Marshall-led Shelley v. Kraemer case forbade housing owners from inserting into deeds that blacks could not purchase their property upon selling. In 1950 Sweatt v. Painter forced the University of Texas to integrate its law school by admitting a black student. And in 1954 came the titanic Brown v. Board of Education ruling which desegregated the American public school system.

If there is a legal and historic figure from the past who continues to embody the best of American jurisprudence it is Thurgood Marshal, who went from crusading lawyer for the oppressed all the way to a seat on the United States Supreme Court. In his seminal cases that changed American law, we get a sense of why perseverance, grit, and decisiveness have always been hallmarks of great lawyering. Those tenets continue to resonate powerfully in an ever-changing America. Wil Haygood explains why.

The Butler: A Witness to History
This is the amazing story of how journalist and author Wil Haygood tracked down the unknown White House butler Eugene Allen, a story which led to the making of the major motion picture, The Butler. The 2013 movie features seven Academy Award winners, among them Forest Whitaker, Jane Fonda, Oprah Winfrey, Cuba Gooding Jr., Vanessa Redgrave, and Robin Williams. Haygood served as an associate producer of The Butler.

Little Wil Haygood: From Poverty to the Big Screen
Wil Haygood was born to a single mother in Columbus, Ohio. He became the first in his family to receive a college degree. With a honed writing talent, he became a nationally recognized journalist and biographer. His career has taken him around the world and to the backlots of Hollywood, where his work has attracted the attention of some of the leading entertainment figures of our times.

History, Race & Culture of the United States
Wil Haygood has been called one of America’s “canniest cultural historians.” As journalist and biographer, he has explored the social and historical dynamics of this country as few modern chroniclers have done in books, magazine articles, and award-winning newspaper coverage. It is little wonder that Bostonian magazine once referred to him as a “Young Literary Lion.”

The Beauty of the Presidency
In this fascinating presentation, Wil Haygood shares with audiences how American presidents have confronted the country’s social issues. He draws on his many visits to presidential libraries in over his years as a biographer—and his dozens of interviews of former White House officials across many administrations—in offering insights into presidential politics.

A Writer’s Travels Around the World
From the oil crisis in Nigeria to the war-torn lands of Somalia and Liberia, from the richness of obtaining a South African education, to the heroism of Esther in Zimbabwe—an AIDS-afflicted woman who cared for 10 nieces and nephews and received an outpouring of international help because of Wil Haygood’s reporting—this is an evening of scintillating and inspiring stories from around the world. Haygood’s journeys as a globe-trotting foreign correspondent (he was once taken hostage in Somalia by rebels) will enthrall you. 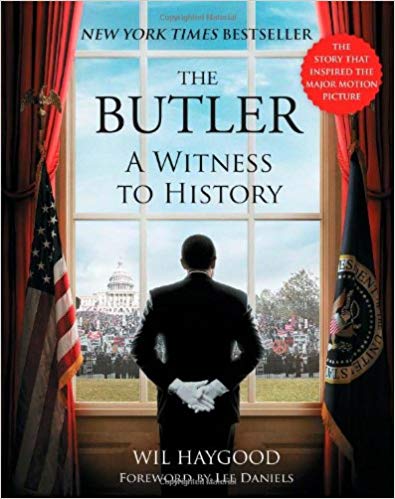 The Butler: A Witness to History 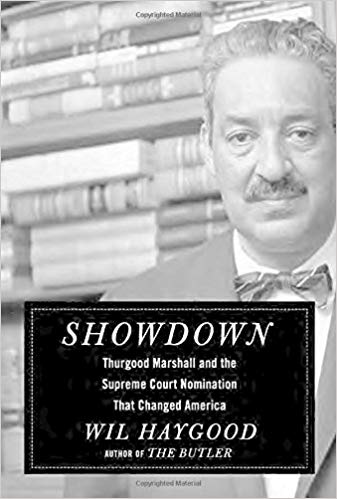 Wil Haygood was exceptional. His content and delivery were inspiring, impeccable, and phenomenal. His humor was sweet and timely. No doubt he kept everyone engaged. The life lessons you shared are an inspiration to all. This is one of the best speeches, not only commencement, I have ever heard. College students are a tough group and he got a standing ovation from them. I’m Not surprised, but still WOW.

Haygood was out of this world. He was fantastic! I’m still receiving comments concerning his visit. He was a delightful man that our president, co-host, and members of the community truly, truly enjoyed here. Thank you so much, I’m so glad I followed your recommendation—you made me look good!

One of my all-time favorite speakers! Wil’s presentation was funny, moving, and incredibly personal. We had over 500 people attend—the largest crowd I’ve seen for this particular event. The standing ovation was genuine and deserved. Thank you for recommending we invite Wil to campus. He was an amazing success. How will we top this experience? I guess we should get to work on that soon.

Everything was simply fabulous! Wil had a tremendous impact on all the students, faculty and staff he met. In each of the classes (as well as the one-on-ones), people made comments about what a terrific role model he is. And, of course, last night’s lecture was inspirational and uplifting. Several were moved to tears. The visit was all we had hoped it would be. Thanks for all your help in making this happen.