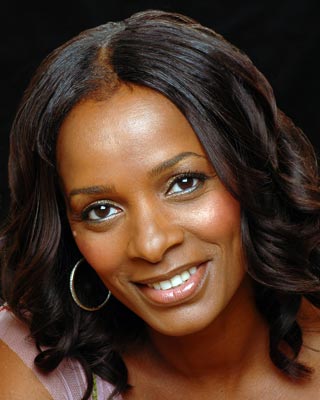 Vanessa Bell Calloway’s work on stage, screen, and television clearly demonstrates why she has maintained her staying power. She is a favorite of audiences across the country and her work has garnered her seven NAACP Image Award nominations. Vanessa will soon been seen as Carol, the mother of Veronica in John Well’s new hour drama…

Vanessa Bell Calloway’s work on stage, screen, and television clearly demonstrates why she has maintained her staying power.

She is a favorite of audiences across the country and her work has garnered her seven NAACP Image Award nominations. Vanessa will soon been seen as Carol, the mother of Veronica in John Well’s new hour drama Shameless which will begin airing on Showtime January 2011.

This past summer she recurred on TNT’s Hawthorne RN starring Jada Pinkett Smith as her arch nemesis Gail Strummer. She recently guest starred on Showtime’s Dexter as well as BET’s new situation comedy Let’s Stay Together and Tyler Perry’s House Of Payne.

The summer of 2009 she starred in the LA stage production of Crowns at The Ebony Repertory Theater and The Pasadena Playhouse. Vanessa has also guest starred on CBS’s Cold Case, she will star opposite Charles S. Dutton in an independent feature entitled The Effect due to be released in 2011 and she starred in the title role, Applause For Ms. E, a play made for DVD that was released summer of 2009. A veteran of the stage Vanessa starred in Seven Guitars at The August Wilson’s 20th Century Theater Festival held at The Kennedy Center and she also starred in the Los Angeles productions of The Piano Lesson, written by August Wilson as well. She brought the house down in The Divorce written by Donald B. Welch were she received raved reviews from critics and audience members.

Vanessa has appeared in such films as Lakeview Terrace, Biker Boyz, Love Don’t Cost A Thing, What’s Love Got To Do With It, Daylight, The Inkwell, Coming to America, Crimson Tide, The Brothers, Cheaper By The Dozen, Dawg and the lead female voice in the animated feature Bebe’s Kids. Her television films include A Private Affair, Red Sneakers, Love Song, Memphis, The Cherokee Kid, America’s Dream: The Boy Who Painted Christ Black, and The Temptations, which earned her a fifth NAACP Image Award nomination.

Vanessa has also exhibited her versatility as creator, writer and executive producer for a reality based television show that aired as a television special on TV ONE, Vanessa Bell Calloway: In The Company Of Friends, which invites the viewing audience to a private and very intimate dinner party hosted by Vanessa and her husband of twenty two years, Dr. Tony Calloway. Vanessa’s diversity in performance and presence does not end with film and television; she was a co-host of the BET talk show Oh Drama! Her television recurring and guest starring roles that span over twenty years are many.

An accomplished dancer since the age of sixteen, Vanessa was in the original Broadway production of Dreamgirls.

She also starred and performed in the television productions of Polly, Polly Coming Home and Stompin’ at the Savoy, which were all directed by Debbie Allen. Vanessa Bell Calloway lives in Los Angeles with her anesthesiologist husband Tony and their two beautiful daughters Ashley and Alexandra.

A Conversation With Vanessa Bell Calloway