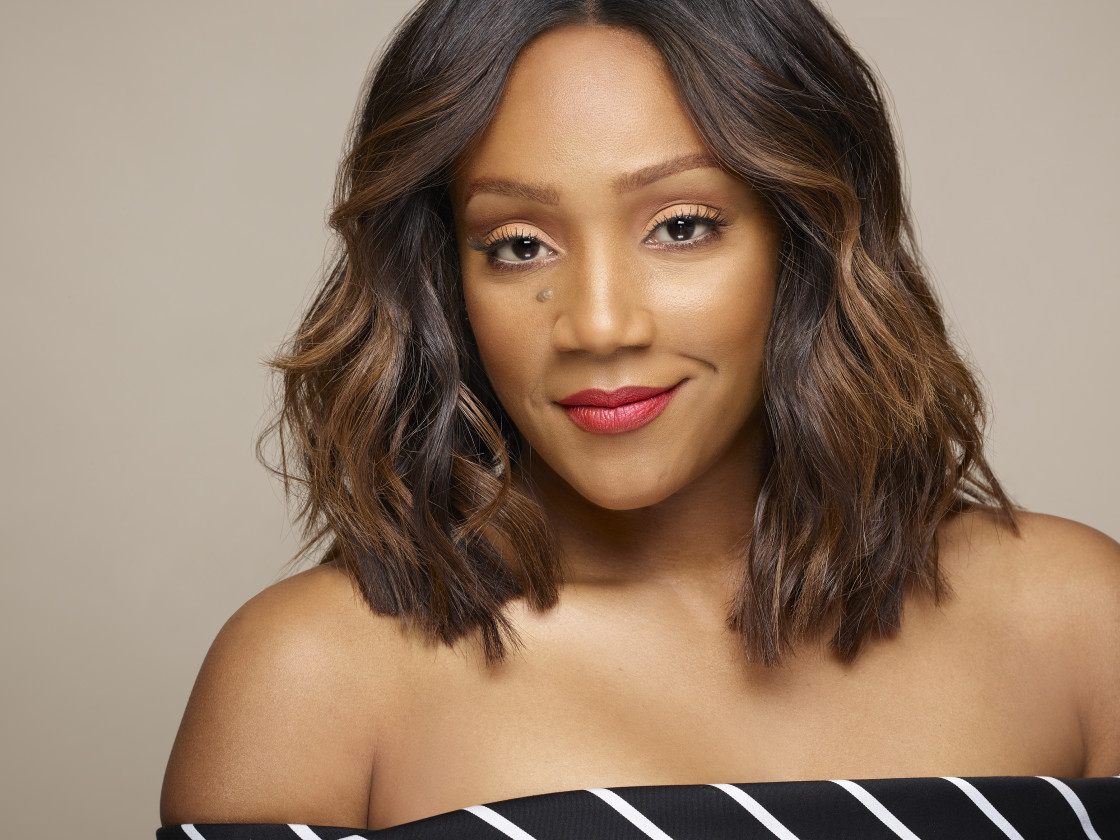 She’s ready? Are you? Sidesplitting, hysterical, edgy, Tiffany Haddish is one of the most memorable talents of our times. Growing up in one of the poorest neighborhoods of South Central Los Angeles, Tiffany learned to survive by making people laugh.

She’s ready? Are you?

Sidesplitting, hysterical, edgy, Tiffany Haddish is one of the most memorable talents of our times.

Growing up in one of the poorest neighborhoods of South Central Los Angeles, Tiffany learned to survive by making people laugh. If she could do that, then her classmates would let her copy their homework and the other foster kids she lived with wouldn’t beat her up. Or at least she could make enough money—as the paid school mascot and in-demand Bar Mitzvah hype woman—to get her hair and nails done, so then she might get a boyfriend.

These early and humble beginnings allowed Tiffany to imagine a place for herself where she could do something she loved for a living: comedy. Tiffany can’t avoid being funny—it’s just who she is, whether she’s plotting shocking, jaw-dropping revenge on an ex-boyfriend or learning how to handle her newfound fame despite still having a broke person’s mind-set.

Finally poised to become a household name, she recounts with heart and humor how she came from nothing and nowhere to achieve her dreams by owning, sharing, and using her pain to heal others. Her New York Times best-selling book, The Last Black Unicorn, chronicles her journey and invites you into her world of humor and hope.

Emmy & Grammy award winner Tiffany Haddish has established herself as one of the most sought-after comedic actresses and performers worldwide. She can currently be seen in Sony’s Here Today where she stars opposite Billy Crystal, as host of CBS’ Kids Say the Darndest Things which airs Wednesdays and TBS’ new weekly movie showcase & talk show Friday Night Vibes and in Netflix’s Bad Trip, alongside Eric Andre and Lil Rel Howery. Tiffany also reprises her role as Tuca in the animated series Tuca & Bertie which second season airs Sundays on Adult Swim. She can next be seen in The Card Counter, opposite Oscar Issac and Willem Dafoe which premieres September 2021. Other upcoming projects include Apple TV’s murder mystery series The Afterparty, opposite Dave Franco, Ben Schwartz and Ilana Glazer, The Unbearable Weight of Massive Talent, opposite Nicholas Cage, On the Count of Three, alongside Jerrod Carmichael, Down Undercover, opposite Chris Hemsworth, Netflix’s Mystery Girl and Amblin’s Homecoming Queen. She also serves as host and executive producer of the Emmy-nominated Netflix stand-up comedy series Tiffany Haddish Presents: They Ready. The series of half-hour comedy specials features her friends and long-time comedic collaborators and debuted its second season in February.

Haddish is perhaps best known for her breakout role in the smash comedy Girls Trip, where she starred as the scene-stealing “Dina” alongside Jada Pinkett Smith, Queen Latifah, and Regina Hall. Her other film and television work include Like A Boss, The Kitchen, Between Two Ferns: The Movie, The Spongebob Squarepants Movie: Sponge on the Run, The Secret Life of Pets 2, The Lego Movie 2: The Second Part, The Angry Birds Movie 2, Night School, Nobody’s Fool, The Oath, and The Carmichael Show.

Her Emmy-nominated and Grammy-winning comedy special, Tiffany Haddish: Black Mitzvah, debuted on Netflix in December 2019. Haddish became the second black woman ever to win a Grammy for Outstanding Comedy Album and the first since Whoopi Goldberg won in 1986. Her first stand-up special, Tiffany Haddish: She Ready! From the Hood to Hollywood was released on Showtime in August 2017. Just three months after the special’s release, Haddish made history by becoming the first black female stand-up comedian to host Saturday Night Live, which earned her the 2018 Emmy Award for “Outstanding Guest Actress in a Comedy Series.” In June 2018, Haddish took the reins as the host of the MTV Movie and TV Awards, a role that earned her critical acclaim and significant ratings boost for MTV.

Haddish’s first book, a memoir called The Last Black Unicorn, was released in 2018. The book made the New York Times Best Sellers List, and the companion audiobook, narrated by Haddish, was nominated for a 2019 Grammy Award for “Spoken Word Album.”

Haddish’s journey and life experiences have inspired her comedy and sense of humor both on and off the stage. She has been very candid about her experiences growing up in foster care in South Central Los Angeles. Her excessive talking and imaginary friends prompted her flustered social worker to steer her into stand-up comedy. She enrolled in the Laugh Factory’s Comedy Camp, a place for at-risk and underprivileged children to transform negative energy into something positive. The experience was just the beginning of her comedy career. Haddish recently founded The She Ready Foundation to help and support foster kids in need. In 2021 The She Ready Foundation launched an Internship Program with Ready To Succeed for foster youth in the SoCal area.

She currently lives in Los Angeles.

The Humor of Hope

The Power of Laughter

A Conversation with Tiffany Haddish 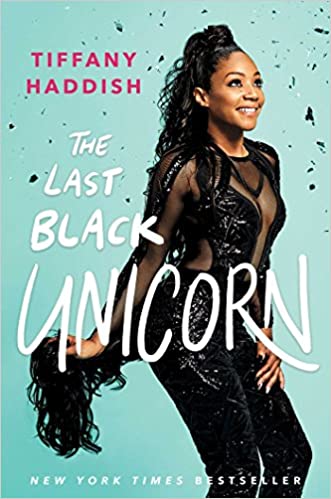