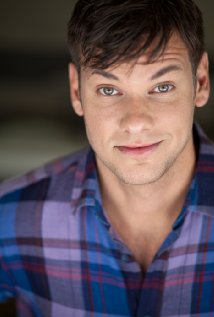 Theo Vonkurnatowski from MTV Road Rules, Originally featured as a cast member on the ninth season of MTV’s Road Rules: Maximum Velocity, Theo has since become a fixture on MTV. Known on his season to be a strong competitor with a charming southern drawl, since his stint with MTV Theo has acted as the tour…

Theo Vonkurnatowski from MTV Road Rules, Originally featured as a cast member on the ninth season of MTV’s Road Rules: Maximum Velocity, Theo has since become a fixture on MTV. Known on his season to be a strong competitor with a charming southern drawl, since his stint with MTV Theo has acted as the tour manager for singer Josh Kelly and began. The American Variety Show featuring former co-Road Ruler Timmy. Their act includes stand-up comedy, music, and more. Theo also is an excellent speaker and host for any event on your campus.

An Evening With Theo Vonkurnatowski