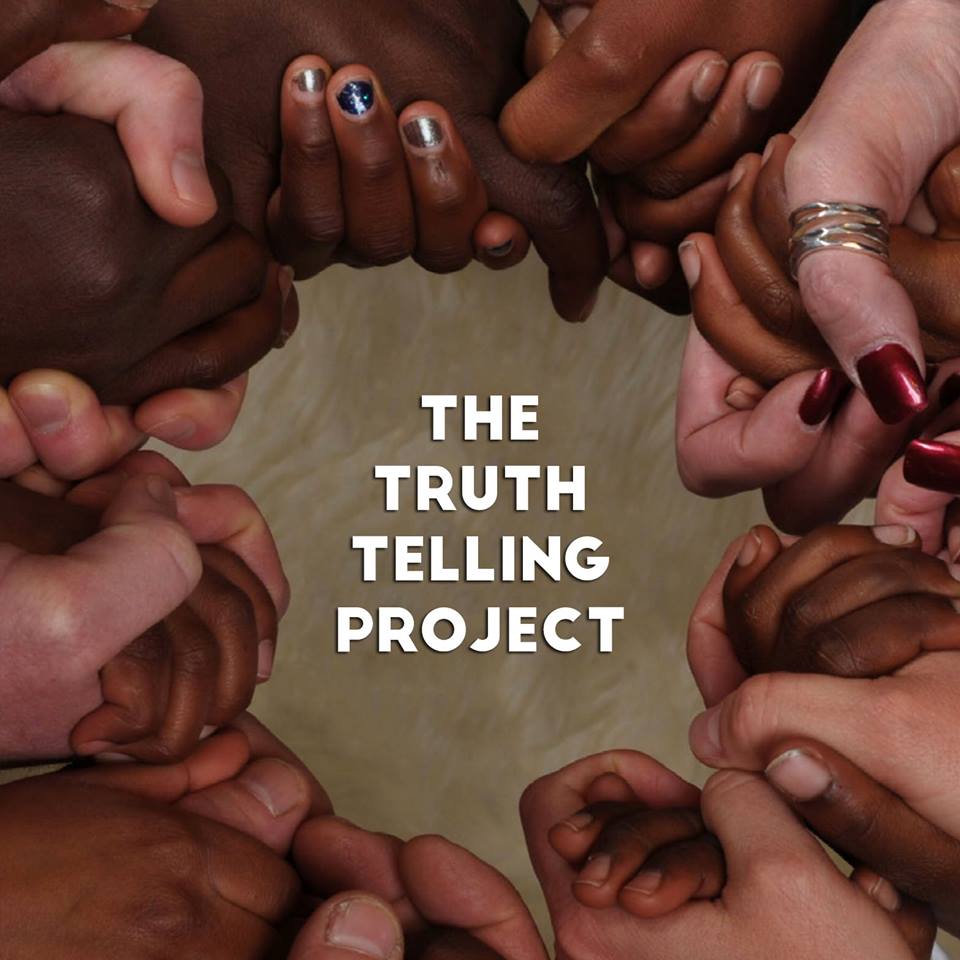 A Truth Initiative Regarding Structural Violence and Racism

The Truth Telling Project is a program of the community institute on truth, justice and reconciliation, sponsored by the Center for Educational Equity, and in coalition with the Peace and Justice Studies Association. In the wake of the tragic death of Michael Brown, which has also come to represent a boiling point for issues of…

The Truth Telling Project is a program of the community institute on truth, justice and reconciliation, sponsored by the Center for Educational Equity, and in coalition with the Peace and Justice Studies Association.

In the wake of the tragic death of Michael Brown, which has also come to represent a boiling point for issues of police brutality and structural racism, the Center for Educational Equity with the Peace and Justice Studies Association and Cardinal Ritter College Prep has developed the Community Institute for Truth, Justice and Reconciliation (CITJR), to provide a space for dialogue, truth telling, reconciliation and planning for structural change. CITJR is a program that utilizes globally recognized restorative practices to reduce violence through citizen-based consciousness raising program of choice that provides healing, reconciliation, and peaceful outcomes to communities challenge by racism and injustice.

David Ragland, PhD is co-founder and co-director for the Truth Telling Project and a Visiting Professor at Pacifica Graduate Institute. David is a blogger for the Huffington Post and writes frequently for PeaceVoice. He is also a board member for the Fellowship of Reconciliation and the Peace and Justice Studies Association.

Pastor Cori Bush, is a  St. Louis native, pastor of Kingdom Embassy International, an activist & organizer with Ferguson Frontline, Co-director of the Truth Telling Project,  a Nonviolence 365 Ambassador with The King Center, civics chairperson for Better Family Life Inc.’s Membership Association, and a part of Ferguson’s Women’s Caucus.  She is a recipient of the 2015 Woman of Courage Award from the Emmett Till Legacy Foundation and 2017 St. Louis Women in Leadership Award. She is daughter of a politician and a parent of 2 amazing teenagers. Pastor Cori is a registered nurse, supervising nursing services for several mental health facilities in St. Louis city that serve the homeless, under served, underinsured, and uninsured. Pastor Cori is also currently running for state senate.

Melinda Salazar, Ph. D. – Melinda is the Co-Director of TTP.  She has designed and implemented curriculum to centralize Women of Color and Third World feminisms in academic settings, created curriculum about Education for Sustainability for K-12 schools throughout the United States, designed and implemented peace education curriculum, and has taught Curriculum & Instruction for teachers at the graduate level.  She founded Teaching Peace Conferences in New England and is the founder of Seacoast Peace Academy.

Mark Lance is a Professor of Philosophy and a Professor of Justice and Peace at Georgetown University. In addition to his work in philosophy of language, logic, metaphysics and epistemology, and moral philosophy, he writes and teaches on nonviolence, social movements, anarchism, and social justice. He is a founder of the Georgetown Program on Justice and Peace and a board member of the Peace and Justice Studies Association. In addition to his academic work, Mark has been an activist, agitator, and organizer for 30 years, working on such diverse issues as war and weapons, LGBTQ liberation, South African apartheid, Latin American solidarity, worker solidarity, global justice, Palestine, and local housing issues. He is a steering committee member of the Truth Telling Project, and Media Coordinator for the Truth Telling Initiative.

Chrissi Jackson is a St. Louis native and Assistant Director of the Truth Telling Project. After the shooting of Mike Brown in Ferguson, she decided enough was enough and began using her marketing experience as a resource to progress grassroots movements. Her work includes leading the digital campaign to elect Cori Bush into the US Senate and Lead Director for multiple Grassroots Campaigns offices, where she successfully lead field organizing and fundraising campaigns for progressive organizations like Planned Parenthood, the Southern Poverty Law Center and the Hilary Clinton campaign.

CRIS TOFFOLO is Professor and Chair of the Justice Studies Department at Northeastern Illinois University, Chicago, Treasurer and Co-Founder of the Truth Telling Project. Trained as a political theorist, she currently teaching courses on theories of justice, and human rights. Her publications include The Arab League, Chelsea House, 2007, and Emancipating Cultural Pluralism, ed., SUNY Press, 2003. During her career she studied, taught and worked in various developing and post conflict countries throughout the Global South, an opportunity which began with being selected as Alma College’s 1981 African Fellow, to teach at Mayflower School in Nigeria.

The Truth Telling Project implements and sustains grassroots community-centered truth-telling processes to share local voices, to educate America, and to support reconciliation for the purposes of eliminating structural violence and systemic racism against Black people in the United States