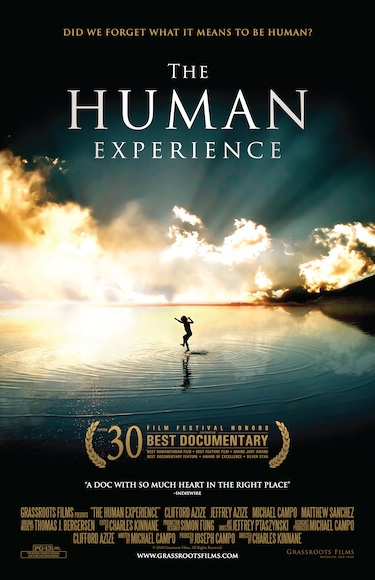 Young men observe life in New York, Ghana and Peru as they seek an answer to the question of what it means to be human: Who am I? Who is Man? Why do we search for meaning?

Grassroots Films Inc. is a production company based in Brooklyn, New York. Since its founding in 2001, Grassroots Films has produced over ten short films and a full-length feature documentary. The independent motion-picture company was conceived to create high-quality films that are fresh, riveting, and groundbreaking. Through the power of image and sound, Grassroots Films…

Grassroots Films Inc. is a production company based in Brooklyn, New York. Since its founding in 2001, Grassroots Films has produced over ten short films and a full-length feature documentary. The independent motion-picture company was conceived to create high-quality films that are fresh, riveting, and groundbreaking.

Through the power of image and sound, Grassroots Films aims to inspire and change the way people see reality by bringing audiences to places which are known to exist, but are often hard to find.

Michael Campo
Co-Founder, Writer, Producer
Campo has written and produced numerous promotional pieces, commercials and viral web videos, in addition to The Human Experience. He also travels as a public speaker around the world with the film sharing his first-hand experiences in creating it. Campo has recently become a father and is currently working on his first novel.

Clifford Azize
Co-Founder, Producer
Clifford appears in the film The Human Experience alongside his brother, Jeffrey, as they journey together from Manhattan, to Lima and Ghana. Azize grew up in Brooklyn, New York and has been working in filmmaking since 2001. His other film projects include Fishers of Men, God In the Streets of New York City and several campaign pieces, commercials, and creative ad spots.

Joseph Campo
Co-Founder, Producer
A native of Long Island, Campo has been a professional photographer since the early 70s. His passion for art matured into a career in filmmaking as a producer, cinematographer, and still photographer. He has produced The Human Experience, Fishers of Men, God in the Streets of New York City, as well as other notable ad spots, short films, and commercials. He also travels the globe as a public speaker.

An Evening With The Human Experience
The Human Experience was Grassroots Films Inc. first feature length documentary. The film had a theatrical release in the midwest, and a grand opening in NY and LA before gaining distribution. We continue to strive in this field as a valuable player among the millions of film companies today. What makes us different is our desire to create films that entertain, and inspire. Currently we have begun production on a new documentary that is focused on a group of monks living to serve others.

We are also exploring the possibilities of collaborating with other companies and film makers from all over the globe. We find that through these positive relationships we are able to build a trusted community of film makers interested in making a difference.