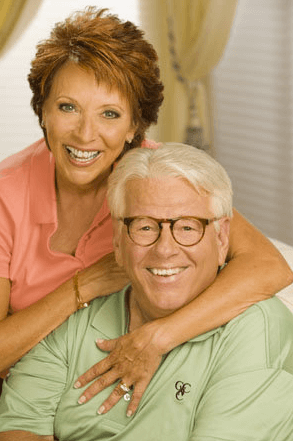 The Dolans, consisting of Ken Dolan and Daria Dolan, are known as "The First Family of Finance". They are televisions hosts and authors

For more than twenty-five years, The Dolans, America’s most trusted source of personal finance information, have lectured world-wide, co-hosted their own television show on CNN that aired to more than 85,000,000 homes (“DOLANS Unscripted”), as well as co-hosted shows on CNN.fn, CNBC and an award-winning, nationally-syndicated, personal finance call-in radio program on the WOR Radio…

For more than twenty-five years, The Dolans, America’s most trusted source of personal finance information, have lectured world-wide, co-hosted their own television show on CNN that aired to more than 85,000,000 homes (“DOLANS Unscripted”), as well as co-hosted shows on CNN.fn, CNBC and an award-winning, nationally-syndicated, personal finance call-in radio program on the WOR Radio Network heard across North America and Hawaii.

They continue to contribute to CNN on a regular basis commenting on current business/economic/finance issues and answering viewers’ personal finance questions.

They are the only recipients of NEWSWEEK magazine’s four-star rating for financial broadcasting excellence, were recently named to TALKERS magazine’s “HEAVIEST HUNDRED: The Top 100 Most Important Radio Talk Show Hosts Of All Time” list of the most influential and important broadcasters in America and are members of VANITY FAIR magazine’s Radio Hall of Fame.

The Dolans were MONEY editors for four years on “CBS This Morning” and prior to that did a four year stint on CNBC. From 1985-2009, they hosted over 4000 shows on WOR Radio and the WOR Radio Network.

After graduating from Boston College (B.S. in Marketing) and serving in the US Navy, Ken Dolan began his career as an account executive with a major New York Stock Exchange firm. He later was a Senior VP of an international investment banking firm before co-founding and serving as a Vice Chairman for his own international investment banking company.

Daria Dolan graduated from Webster University (MO) (B.A. in Theater Arts) and later became a VP of a NYSE company. She has received an honorary doctorate from St. Thomas Aquinas College (NY).

The Dolans are available for a variety of customized programs, from keynotes to half-day presentations. The Dolans’ broad base of topics includes investing, retirement planning, funding college, careers, working couples, entrepreneurship, consumer law, credit issues, real estate, estate planning…and many more. All presentations are followed by a Question and Answer period in which audience members are welcome to ask personal finance questions. Myriad options can be discussed. The Dolans will work with you to create a program that will connect with your audience members.

Examples of programs with featured components include:

#2-The Next Four Years
• Business and Economic trends that will affect your hard-earned    dollars
• Lessons learned from years of Stock Market volatility
• Increasing your income…our five favorite dividend-paying stocks
• Where to stash your cash now!
• Minimizing your tax bite
• New estate laws that can trap the unwary
• Check up on your pension benefits
• Picking the right mutual fund during challenging times
• Five new business ideas for entrepreneurs of any age

#3-Forewarned Is Forearmed: How To Level The Wall Street Playing Field In Your Favor
• Tell-tale signs of investor fraud
• Three things never to say to a financial advisor
• Five lies you’d better be ready for
• How to check a broker’s/financial advisor’s background before you    sign up
• The questions to ask a broker/financial advisor before you    start…the answers you want to hear
• Why it’s getting more difficult to sue a broker
• Avoiding trouble…how to get started
• The Dolans’ five simple rules of investing
• Wall Street jargon…the five terms that you must know before    investing
• The five most common investor mistakes to avoid
• Our favorite online sources for investment help

7 Simple Tax Tips from The Dolans 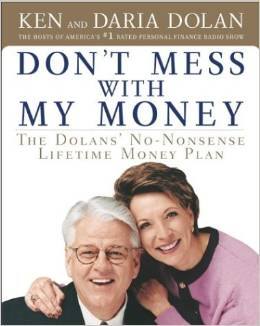 Two years in a row…standing ovations BOTH years! Our large group loved your engaging style and the extremely relevant and timely information. The Dolans were the hit of our annual meeting. A warm ‘Thanks very much’ from all of our members.

What can I say but…WOW! An outstanding presentation to our customers and our prospective customers. Your respectful, yet entertaining approach while delivering the information tied it all together.

First, our sincere thanks for a job well done. Everyone is always enthusiastic about your work, but this time you both out did yourselves! Congratulations on a first-rate program.

Your talk was highly informative and quite engaging. Your energy is truly amazing! Clearly, your financial insights and knowledge are helping thousands of individuals to develop greater security and happiness.

You were terrific! Our members thoroughly enjoyed your talk and found your insights into the economy and financial management very interesting and close to home.

What a great event you put together for our members…We were thrilled with the turnout! We look forward to developing another program with you in the future.

Thanks for making our Saturday so tremendously successful. Our relationship is truly unique and we hope to continue for many years to come.

Your presentation was a great deal of fun with valuable information…simply excellent.