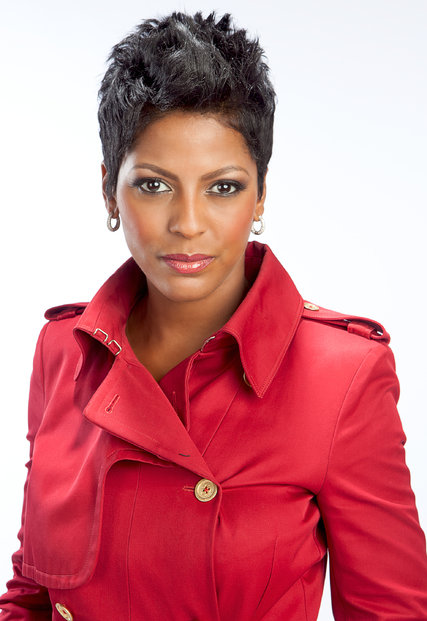 Tamron Hall former anchor of NewsNation, which aired weekdays from 2-3 p.m. ET on MSNBC. NewsNation, which was launched in 2010, features high profile interviews and in-depth coverage of U.S., world and entertainment news. NewsNation has covered countless important American milestones, including a live broadcast from Ground Zero after the death of Osama Bin Laden,…

Tamron Hall former anchor of NewsNation, which aired weekdays from 2-3 p.m. ET on MSNBC. NewsNation, which was launched in 2010, features high profile interviews and in-depth coverage of U.S., world and entertainment news. NewsNation has covered countless important American milestones, including a live broadcast from Ground Zero after the death of Osama Bin Laden, where President Obama joined the families of 9/11 victims to mark the occasion. In addition, NewsNation presented live coverage of the final space shuttle launch from KSC in July 2011. In her popular segments, Gut Check and We Just Thought You Should Know, Tamron encourages viewers to give their opinions on some of the most controversial stories in the news via Facebook and Twitter.

In addition to her role at MSNBC, Tamron can also be seen on NBC News as frequent substitute host for TODAY and Weekend Today. She has also hosted several special reports for MSNBC and NBC News, including Making the Grade, Debating The Black Agenda, several Dateline pieces, and Education Nation: Teacher Town Hall, which has been nominated for an Emmy Award. Tamron also served as correspondent of the NBC News special The Inauguration of Barack Obama, which won an Emmy for Outstanding Live Coverage in October 2010. Prior to joining MSNBC in July 2007, Tamron spent 10 years at WFLD in Chicago, where she held a number of positions including general assignment reporter, consumer reporter and host of the three-hour Fox News in the Morning program. She also anchored the weekday mornings and served as a noon anchor. While at WFLD, Tamron covered several breaking news stories including one of Amtraks most devastating accidents in Illinois, and she secured a one-on-one interview with Sen. Barack Obama shortly before he announced his run for the presidency. Tamron was nominated for an Emmy for her consumer report segment, The Bottom Line, which she launched in 1999. Before joining WFLD, Tamron spent four years as a general assignment reporter at KTVT in Dallas. She began her broadcasting career at KBTX in Bryan, Texas, as a general assignment reporter.

Tamron is an award-winning journalist, and was the recipient of Temple Universitys prestigious Lew Klein Alumni in the Media award in 2010. Tamron is involved with several charitable organizations that strive to end homelessness and illiteracy, as well as others that fight domestic abuse. She has been recognized by Day One, a New York-based advocacy group for victims of domestic violence, for her work and support of their efforts. She wrote a personal account of her sisters death for theGrio.com in 2010, which garnered praise from several outlets for its honesty and attention to the often-overlooked issue of domestic and dating violence. In addition, Tamron is an active member of the National Association of Black Journalists. An avid dog lover, Tamron has hosted the popular Westminster Dog Show in both 2009 and 2010. In addition, Tamron has been featured in several major publications and media outlets, including Ebony Magazine, Uptown Magazine, Heart & Soul Magazine, BETs The Ed Gordon Show, Huffington Post, AOL Black Voices and others. Tamron is a native of Luling, Texas, and she holds a Bachelor of the Arts degree in Broadcast Journalism from Temple University.

A Conversation With Tamron Hall