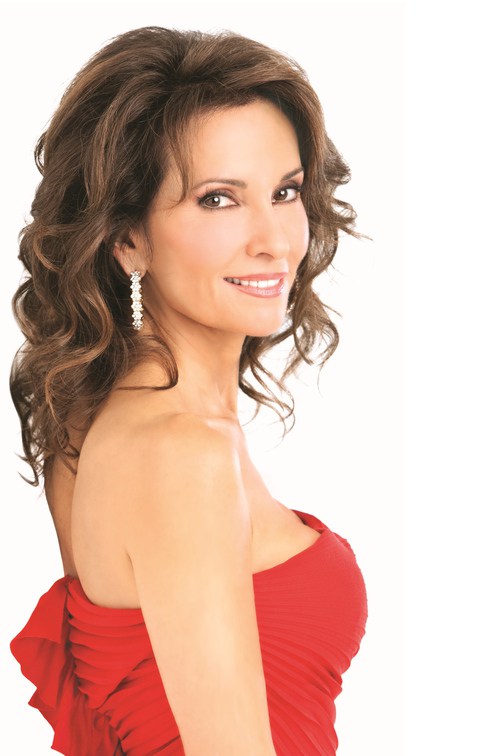 As the most famous face in daytime television history, Susan Lucci has held audiences spellbound for years as the sexy, sassy, beautiful “woman you love to hate,” Erica Kane on ABC-TV’s “All My Children.” In May 1999 she won the Emmy Award for “Best Actress,” which was a historic moment not only for Lucci, but…

As the most famous face in daytime television history, Susan Lucci has held audiences spellbound for years as the sexy, sassy, beautiful “woman you love to hate,” Erica Kane on ABC-TV’s “All My Children.” In May 1999 she won the Emmy Award for “Best Actress,” which was a historic moment not only for Lucci, but for all of television.

She was garnered a Star on the Hollywood Walk of Fame on January 28, 2005 and was inducted into the Broadcasting Hall of Fame in 2006. Lucci was named one of E! Entertainment’s “Top Entertainers of the Year” as well as one of Barbara Walters’ “Ten Most Fascinating People.” VH-1 has also named Lucci one of its”200 Top Icons of all Time.”

In fall of 2012, Lucci hosted and narrated Investigation Discovery’s “Deadly Affairs.” She also began her role as Genevieve in the Lifetime series “Devious Maids” in 2013. The show is currently on its fourth season. In 2011 Lucci appeared in the highly rated season finale of TV Land’s “Hot in Cleveland,” and returned for another episode in February 2012. She also guest starred on Lifetime’s “Army Wives” in spring 2012. Lucci competed on ABC’s primetime reality show, “Dancing with the Stars,” hosted “Saturday Night Live,” and guest-starred in many successful television series and numerous movies for television throughout her career. In March 2011 Lucci released her New York Times bestselling autobiography, All My Life, with Harper Collins. The paperback edition of All My Life was released on September 13.

Lucci’s artistic excellence afforded her the opportunity to expand to luminous careers in theater and cabaret with solo concerts across the country and nightclub performances opening for Regis Philbin. In her 1999 Broadway debut, Lucci starred as Annie Oakley in the revival of Irving Berlin’s “Annie Get Your Gun,” to amazing review. Michael Logan of TV Guide said, “Susan Lucci didn’t just take Great White Way by storm: she took it by tornado, hurricane and tsunami, too.”

Acting and singing are only two of Lucci’s many passions. Within the past 10 years she become a successful entrepreneur launching a Susan Lucci Collection of hair care products, two fragrances, jewelry, shoes, and accessory lines, and a lingerie line for “beauty of all ages.” Her head-to-toe collection is a constant sell-out and available on the Home Shopping Network (HSN). In 2002, Lucci introduced a personal microdermabrasion system with Guthy-Renker, Youthful Essence by Susan Lucci that has sold over 8 million kits worldwide since its debut. Lucci expanded her expertise with Guthy-Renker by also presenting “Malibu Pilates,” the widely popular Pilates chair fitness program.

Lucci’s commitment to her work with children has most recently taken her to Africa in support of Feed The Children. She has served as the March of Dimes’ National Ambassador in 2000 and as a celebrity spokesperson for AMDeC (Academic Medicine Development Company) and The New York Cancer Project. She has also been involved with Broadway Cares Equity Fights Aids and is the recipient of the Ellis Island Medal of Honor, the prestigious New York City Gracie Award and the Muse Award for Women in Film & Television. She was inducted into the American Academy of Achievement Awards and presented with the Italian Board of Guardians Lifetime Achievement Award.

Lucci’s accomplishments and contributions to the world of television and the performing arts have truly made her an icon to millions.

A Conversation With Susan Lucci