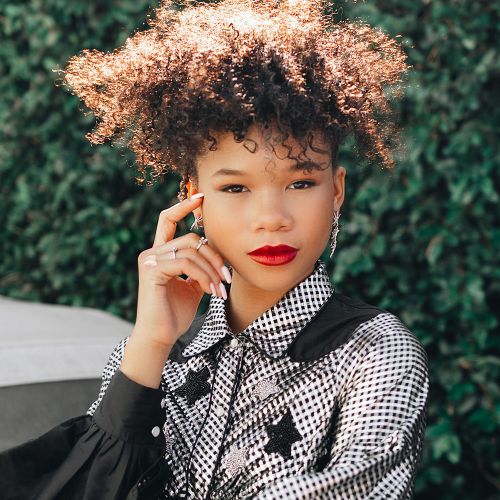 Storm Reid is best known for starring as ‘Meg’ in Disney’s live action adaptation of the acclaimed children’s novel, A Wrinkle in Time, which was directed by multi-award winner Ava DuVernay.

Storm Reid is best known for starring as ‘Meg’ in Disney’s live action adaptation of the acclaimed children’s novel, A Wrinkle in Time, which was directed by multi-award winner Ava DuVernay.

She can currently be seen starring opposite Zendaya in the new HBO series Euphoria, and recently starred  opposite Elizabeth Moss in Universal’s The Invisible Man, as well as starring opposite David Oyelowo in Blumhouse Relive (which premiered at the 2019 Sundance Film Festival).

Storm also re-teamed with Ava DuVernay for When They See Us on Netflix.

An Evening with Storm Reid

Storm Reid Tells Us About Her First Times