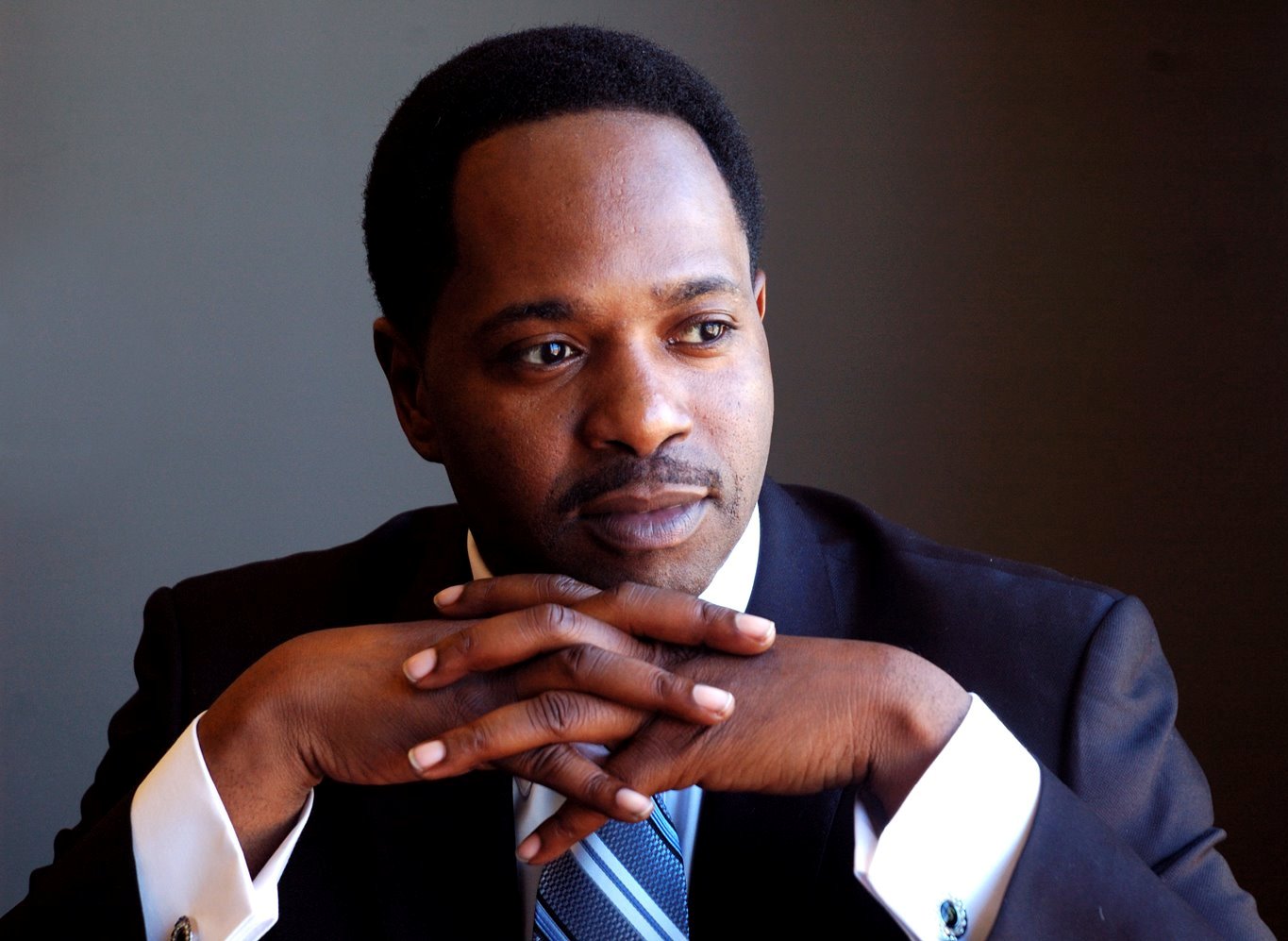 You would think you were listening to a recording of Dr. Martin Luther King, Jr. speaking. Some even say Rev. Stephon Ferguson channels the spirit of Dr. King.  Among them are members of King’s family who say Ferguson sounds closer to MLK than anyone they’ve ever heard recite his words. From the pulpit of historic…

You would think you were listening to a recording of Dr. Martin Luther King, Jr. speaking. Some even say Rev. Stephon Ferguson channels the spirit of Dr. King.  Among them are members of King’s family who say Ferguson sounds closer to MLK than anyone they’ve ever heard recite his words.

From the pulpit of historic Ebenezer Baptist Church  in Atlanta, Georgia to Teatro Lope de Vega in Madrid, Spain, Ferguson has traveled across the US and internationally performing as one of the greatest leaders in the history of the world. He breathes life into the words of Dr. King, captivating people of all ages, cultures and backgrounds by delivering dead-on, pitch perfect renditions. Ferguson has memorized most of Dr. King’s most memorable speeches and sermons and delivers them with the same passion. His mission is to help continue the legacy of Dr. King by not only reciting King’s words but more importantly educating people about his philosophy of love, peace and equality to help bring about positive change.

Born in Albany New York, Ferguson is a native of Fayetteville, NC. He served as a Sergeant in the US Army and later worked as a radio personality and news reporter for 15 years. Ferguson moved to Atlanta, Georgia in the spring of 2011. He is a licensed and ordained minister and currently serves as an Associate Minister at Greater Piney Grove Baptist Church in Atlanta, Georgia. He spends much of his time working with the MLK National Historic Site in Atlanta, GA at Ebenezer Baptist Church, King’s home church, where he gives historical presentations and educates people on the history of the Church and Dr. King. In 2010 Ferguson was certified by The King Center and Emory University to teach the Kingian Nonviolence Curriculum. Ferguson is licensed to perform as Dr. King by Intellectual Properties Management, Atlanta Georgia, exclusive licensor of the King Estate.

Dr. Martin Luther King Jr.
From the pulpit of Dexter Avenue in Montgomery Alabama to the Teatro Lope de Vega in Madrid Spain, Ferguson has raised brows, brought chills and tears and aroused the conscious of people of all ages, cultures and backgrounds by delivering dead-on, pitch perfect renditions of Dr. King’s speeches and sermons. His mission is to share his gift with the world to help continue the legacy of Dr. King by not only performing King’s words but more importantly educating people about his philosophy of love, nonviolence, peace and unity to help bring about positive change.

Motivational Speaker
Unlike any other motivational speaker in the world, Ferguson gives you a full package. Sprinkled with live King Quotes, a series of surprise voices and a touch of humor, he specializes in the areas of self empowerment, diversity, unity, and discovering your true worth.. When you need a strong dose of motivation, inspiration, he’s your man. With a diverse speaking talent and enhanced training from the world’s leading speakers Les Brown and John Maxwell, Ferguson delivers the punch you need. He is a member of the John Maxwell Team serving as a Speaker, Facilitator and Coach.

Gospel Comedian
Stephon Ferguson transforms into the hilarious pastor of Fifth Chance Ministries Church. As the youngest boy in a family of 12 and both parents being ministers, and his father serving as a Pastor, Ferguson knows firsthand what goes on in and around the church. He introduces a different voices inlcuding the raspy voiced Rev. CT Butla who considers himself the voice between the back pew and the altar, and Mother Shephard who is the mother of the church. His strong performance will have you laughing from beginning to end and is profanity-free and family friendly.

An Evening With Stephon Ferguson