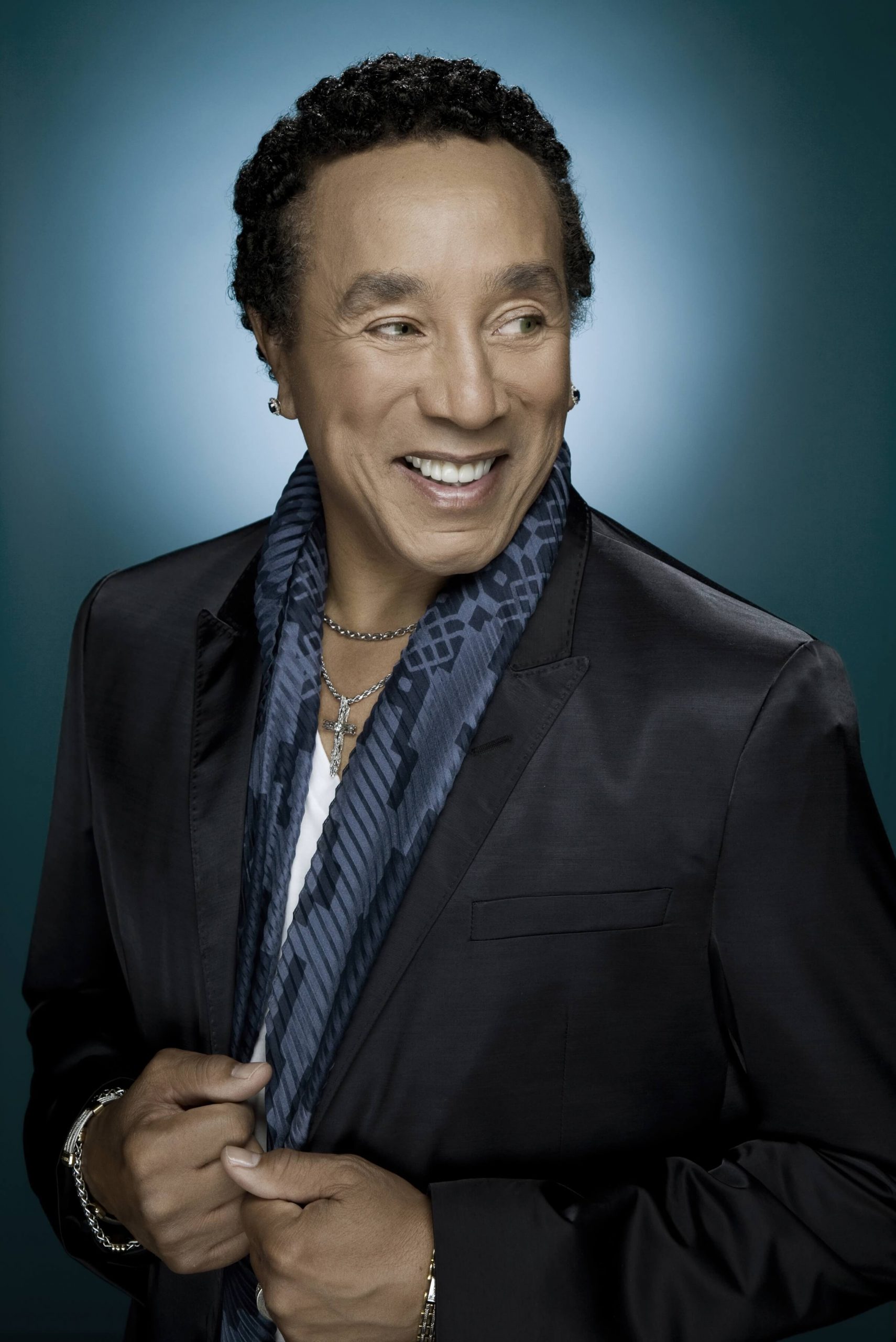 Once pronounced by Bob Dylan as America’s “greatest living poet,” acclaimed singer-songwriter Smokey Robinson’s career spans over 4 decades of hits. He has received numerous awards including the Grammy Living Legend Award, NARAS Lifetime Achievement Award, Honorary Doctorate (Howard University), Kennedy Center Honors and the National Medal of Arts Award from the President of the United States. He has also been inducted into the Rock ‘n’ Roll Hall of Fame and the Songwriters’ Hall of Fame.

Born and raised in Detroit, Michigan, Robinson founded The Miracles while still in high school. The group was Berry Gordy’s first vocal group, and it was at Robinson’s suggestion that Gordy started the Motown Record dynasty. Their single of Robinson’s “Shop Around” became Motown’s first #1 hit on the R&B singles chart. In the years following, Robinson continued to pen hits for the group including “You’ve Really Got a Hold on Me,” “Ooo Baby Baby,” “The Tracks of My Tears,” “Going to a Go-Go,” “More Love,” “Tears of a Clown” (co-written with Stevie Wonder), and “I Second That Emotion.”

The Miracles dominated the R&B scene throughout the 1960’s and early 70’s and Robinson became Vice President of Motown Records serving as in-house producer, talent scout and songwriter.

In addition to writing hits for the Miracles, Robinson wrote and produced hits for other Motown greats including The Temptations, Mary Wells, Brenda Holloway, Marvin Gaye and others. “The Way You Do the Things You Do,” “My Girl,” “Get Ready,” “You Beat Me to the Punch,” “Don’t Mess with Bill,” “Ain’t That Peculiar,” and “My Guy” are just a few of his songwriting triumphs during those years.

John Lennon of The Beatles made countless remarks regarding Robinson’s influence on his music. The Beatles had recorded Robinson and The Miracles’ “You’ve Really Got A Hold On Me” in 1963 and in 1982 another popular British group, The Rolling Stones covered the Robinson and the Miracles’ hit “Going To A Go-Go.”

He later turned to a solo career where he continued his tradition of hitmaking with “Just to See Her,” “Quiet Storm,” “Cruisin’,” and “Being with You,” among others.

He remained Vice President of Motown records until the sale of the company, shaping the label’s success with friend and mentor Berry Gordy. Following his tenure at Motown, he continued his impressive touring career and released several successful solo albums.

During the course of his 50-year career in music, Robinson has accumulated more than 4,000 songs to his credit and continues to thrill sold-out audiences around the world with his high tenor voice, impeccable timing, and profound sense of lyric. Never resting on his laurels, Smokey Robinson remains a beloved icon in our musical heritage.

Words
Words is Smokey Robinson’s one man show featuring poems he has written over the years, but never previously presented in public. He recently debuted this show in Los Angeles and the following HITS MAGAZINE review accurately describes this very compelling and entertaining evening as he effectively weaves the thread of his poetry with the fabric of his personal and professional career.