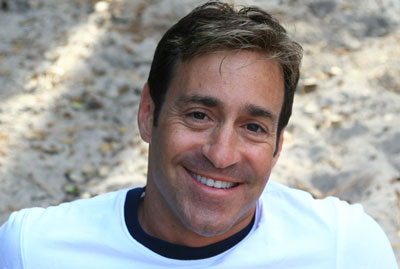 Scott Fried is an award-winning international public speaker, HIV/AIDS educator and author. For more than two decades, he has lectured to over a million teenagers and adults in nearly every U.S. state, as well as countries including Israel, England, Canada, Holland and Honduras. He has spoken at over 1000 colleges and universities, schools, camps, synagogues,…

Scott Fried is an award-winning international public speaker, HIV/AIDS educator and author. For more than two decades, he has lectured to over a million teenagers and adults in nearly every U.S. state, as well as countries including Israel, England, Canada, Holland and Honduras. He has spoken at over 1000 colleges and universities, schools, camps, synagogues, churches, youth retreats, prisons, military bases, and gatherings of teachers, counselors, and parents.

He has received the “Collaborative Program of the Year” Award at the University of Pittsburgh and the “Outstanding Education Event” Award at Florida Tech.

Scott’s work is based on a core belief that one must understand the value of one’s own life and hold it sacred, in order to refrain from dangerous behaviors that could lead to HIV infection and other crises. He speaks on a variety of topics including sexual responsibility, abstinence, dating, transmission of HIV, alternative sexuality, eating disorders, body image, self-mutilation, suicide, alcohol & drug misuse, dealing with divorce, broken-heartedness and intimacy. Regardless of the topic, Scott shares his own life story of contracting and dealing with HIV.

He is also the author of three books. If I Grow Up: Talking with Teens about AIDS, Love and Staying Alive, My Invisible Kingdom: Letters From the Secret Lives of Teens, and A Private Midnight: A Teenager’s Scrapbook of Secrets. He has a DVD of his parent lecture entitled, “How to Talk to the Creature in Your Car.” He has been published in numerous periodicals and newspapers and is featured in the books The Five Gifts of Illness: A Reconsideration, Living Proof: Courage in the Face of AIDS, The Faces of AIDS: Lives at the Epicenter and The World is a Narrow Bridge: Stories that Celebrate Hope and Healing.

Each year, Scott leads a team of volunteers  to Roatan, Honduras to do community work for indigent families, conduct HIV/AIDS educational workshops, feed prisoners and hand out thousands of free condoms.

Swipe Left for Sex: Love & HIV in the Age of Grindr 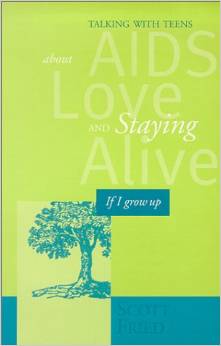 If I Grow Up: Talking With Teens About AIDS, Love And Staying Alive

You make others want to curl up, stay awhile and warm their hands and hearts in your presence. I know you have had that affect on the students.

I think in many ways it was one of the most amazing experiences I have ever had. In part because of how your words touched me personally, but mostly because for the first time I saw “my” kids really listening.

A student approached me after your talk and said, “This is why I am in medical school. This is what it’s all about.”

Scott, thank you for coming to Alliance Bernstein and speaking on behalf of the LGBTQ & Family ERGs. I loved how you brought feelings of equality to a level that relates to everyone: gay, straight, ex-convict, victim of abuse or broken-home or whatever. We’re all human at the end of the day. Thank you again for positively impacting so many people.