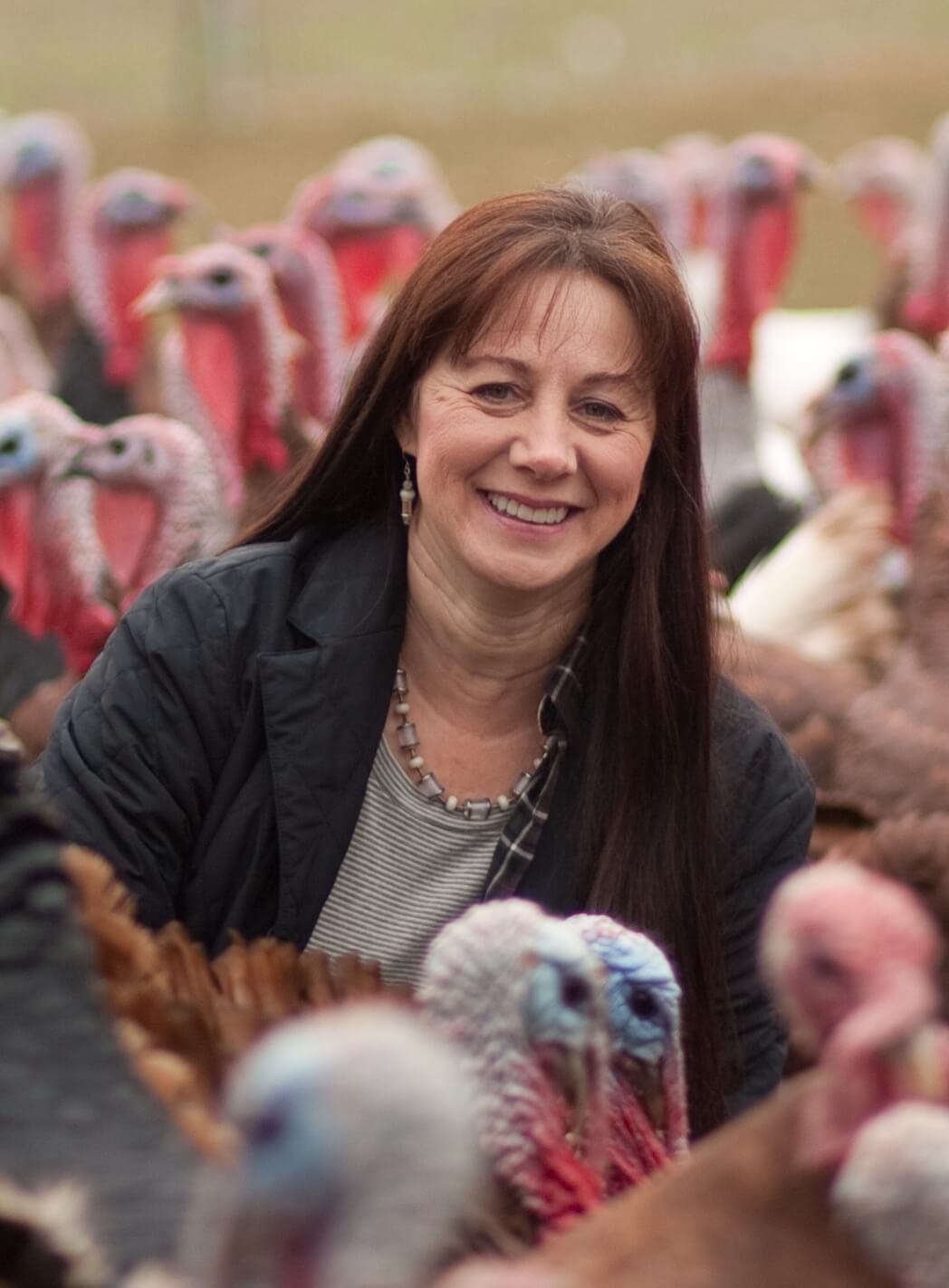 Businesswoman and Philanthropist. She co-founded Cisco Systems, and used the money from its sale to pursue interests in animal welfare and women's writing

A trailblazer and true Renaissance woman, Sandy Lerner is a global revolutionary who has made an impact in diverse industries, from technology and cosmetics, to the preservation of English literature and heritage breeds of livestock. With an astute pioneering instinct for innovative and successful business models, Lerner has shifted her focus to the development of…

A trailblazer and true Renaissance woman, Sandy Lerner is a global revolutionary who has made an impact in diverse industries, from technology and cosmetics, to the preservation of English literature and heritage breeds of livestock. With an astute pioneering instinct for innovative and successful business models, Lerner has shifted her focus to the development of humane, sustainable and profitable farming practices at Ayrshire Farm in Upperville, Virginia.

Lerner’s dedication to farming originated as a child at her family’s Clipper Gap ranch, a pear farm in Northern California, where she often took on the principal responsibilities of running the farm. By age nine, Lerner was the proud owner of her first steer. Always the consummate businesswoman, she sold the steer two years later for a profit, which she used to buy two more head of cattle.

When a devastating fungus swept through Northern California, wiping out the county’s pear crops and agricultural-based economy, the then nine year-old Lerner, prematurely learned to drive for the purpose of uprooting the farm’s dead pear trees. A farming prodigy, she once told a 4-H judge that he wasn’t qualified for his job because he incorrectly identified her longhaired Highland cattle as a yak. By 16, Lerner owned a registered livestock herd of 30 head of cattle, which provided income to pay for her college tuition.

After breezing through a four-year political science degree at University of California (Chico) in only two years, Lerner enrolled at Claremont Graduate School and then Stanford University to study statistics and computer science. While entrenched in the program’s heavy math and science-based curriculum, Lerner found imaginative refuge in the civilized and humorous world portrayed in the work of Jane Austen.

Cisco Systems In 1984, Lerner co-founded Cisco Systems with Leonard Bosack. While employed at Stanford University, the pair worked with others at Stanford and other universities and laboratories to create a network of networks which was the technical foundation of today’s world-wide area network, the Internet.  The routers used to link the vast diverse separate computer systems revolutionized the computer communications industry, leading technology which enabled the creation of the world-wide web and follow-on service providers such as AOL and Google.

After leaving Cisco in 1990, Sandy found other passions to explore. A member of the Jane Austen Society of North America and Founder of the Stanford Jane Austen Society (1984), Lerner, in 1992, purchased and refurbished the Chawton House, a 300-acre manor house and farm dating back to the 1580s in Hampshire, England. Formerly the estate of Austen’s brother, the property is now Chawton House Library and the Centre for the Study of Early English Women’s Writing, a research facility for the study of early works by English women writers. Today, a collection of more than 7,000 books by and about early English female writers, the Chawton House collection contains many unique works by women, anchored by Lerner’s donated private collection. Her efforts at the Chawton House earned her an honorary PhD from Southampton University and Winchester University in England and Shenandoah, Washington-Jefferson and Goucher colleges in America.

Urbandecay Lerner’s mission was to provide lipstick and nail polish in a variety of alternative shades for consumers with vision beyond traditional pinks and reds. Launched in 1996, Urban Decay products reached instant success, expanding the beauty industry into a previously un-charted market. Although Moet-Hennessy Louis Vuitton (LVMH) acquired the brand in 2000, and it recently sold to L’Oreal, the company still touts that no product has ever been tested on animals, a founding principle set by Lerner.

Throughout her several careers, Lerner’s passion for farming remained constant, which led her to purchase Ayrshire Farm in Upperville, Virginia in 1996. Although the farm was in need of repair, it provided the perfect acreage, location and layout for a sustainable and profit-driven operation. Today, the farm’s mission is to preserve genetically viable heritage variety crops and herds of rare breeds of livestock to self-sufficiency and profitability through humane and sustainable farming practices. Lerner’s choice to raise rare and endangered heritage breeds and heirloom crops on Ayrshire Farm is an extension of her quest to help rebuild local American agricultural infrastructure–one profitable, sustainable farm at a time

The farm was certified organic in 1999 and, after earning the “USDA Certified Organic” approval in 2002, Ayrshire Farm became the first organic farm in Virginia to meet Certified Humane® standards for produce and meat production.

Ayrshire farm A former vegetarian, Lerner resumed eating meat after 30 years only when meat products became available on her farm that met strict quality-of-life standards. By following Certified Humane® standards, the farm guarantees that animals are provided ample space, shelter and gentle handling to limit stress and allowed fresh water and a healthy diet of quality feed, which is antibiotic and hormone-free. Lerner is also a strong supporter of the Slow Food movement and a vocal proponent for the preservation of family farms, using sustainable and humane farming methods. Actively working at the state and national levels to push for changes in agricultural subsidy policies to benefit small farms and rural communities, Lerner strives to educate the public about the importance of buying local, humane- and organic-certified products.

Additionally, Lerner is increasingly dedicated to informing and teaching the public about the necessity of support for family farms, rural communities, and the desperate state of the American Agriculture system.

In one effort to change this direction, Lerner created the Virginia Organic Producers’ and Consumers’ Association (VOPCA), an organization founded to preserve small-scale agriculture and land conservation in Virginia through sustainable farming practices. As a sustainable farmer herself, Lerner is able to provide marketing resources and technical information to local farmers in an effort to preserve the dwindling number of family farms left in Virginia, by rebuilding the local food economy.

A Conversation With Sandy Lerner

How to decide if your great idea will make a business?