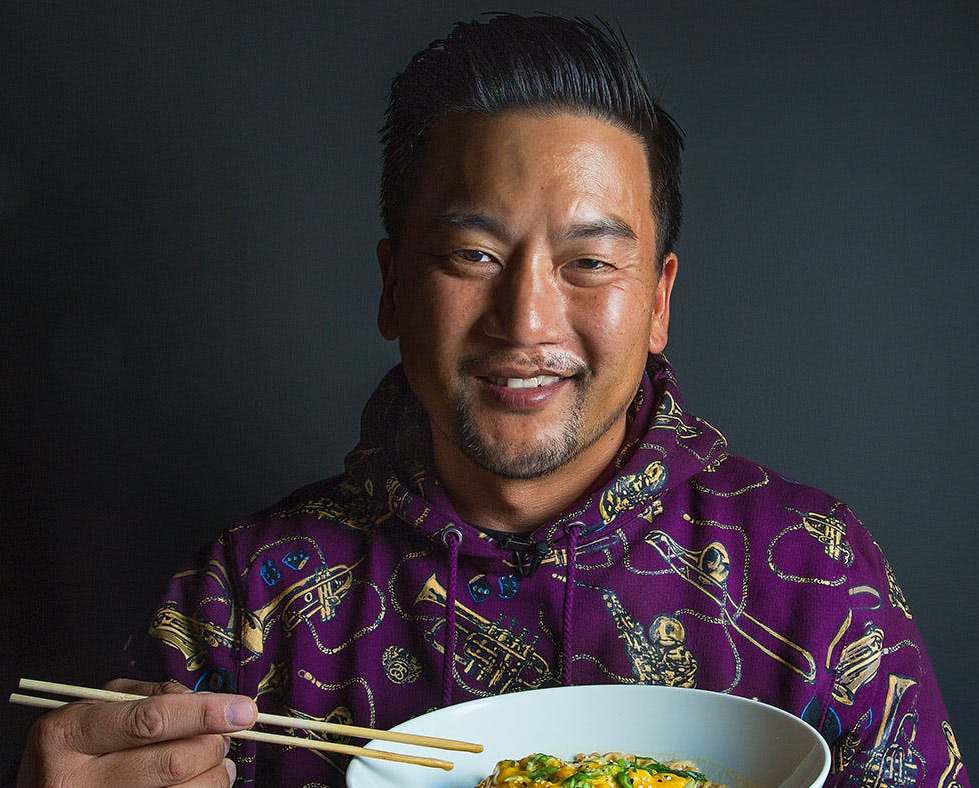 Roy Choi is widely known as the godfather of the food truck movement thanks to his success with the much-celebrated Kogi Truck. At a time when chefs and food trucks were members of distinctly different classes of the food world, Roy had the gall to rent a truck with his partners and hit the streets…

Roy Choi is widely known as the godfather of the food truck movement thanks to his success with the much-celebrated Kogi Truck. At a time when chefs and food trucks were members of distinctly different classes of the food world, Roy had the gall to rent a truck with his partners and hit the streets of Los Angeles. With a pedigree including the CIA, Le Bernardin, and the Beverly Hilton, Choi might not have seemed like a likely candidate to go roadside, hawking tacos on street corners, but this bold move garnered praise and attention of the food press and public alike. In November 2013, Choi released his autobiography, L.A. Son: My Life, My City, My Food. With his Korean-Mexican tacos as the star, Choi has carried out, built bridges, and expanded the vision that drives him to this day.

Choi’s newest restaurant LocoL, has a mission to offer affordable and fresh fast food to low-income neighborhoods. Choi partnered with award-winning chef Daniel Patterson to launch the restaurant in early 2016. Up next, they hope to open LocoL locations in San Francisco and Oakland.

In 2014, Choi served as a technical advisor for the Jon Favreau film, Chef, which was loosely inspired by Choi and the food truck movement. Choi “consulted on every kitchen scene, every food porn-worthy shot — and turned what can sometimes look like fakery into an authentic representation of the inside of a restaurant kitchen.”

In his free time, Choi volunteers at A Place Called Home in South Central Los Angeles. He empowers underprivileged kids to open their own local food-based businesses by teaching them basic cooking techniques, like how to hold a knife, how to peel, and how to heat and render fat.

With his Korean-Mexican tacos as the star, Choi has carried out, built bridges, and expanded the vision that drives him to this day.

The Mastermind Behind The Korean Taco Trucks Kogi
Roy Choi, the mastermind behind the Korean taco trucks Kogi, wants his food to make a tangible difference. With his most recent endeavor LocoL, Choi is focused on making healthy and affordable food in poorer cities in America, like the Watts neighborhood in Los Angeles. “My dream for LocoL is to go to every inner city in America First it’s Watts, then it’s Oakland, then we can perfect those models or at least gain some momentum, then we can go out to Detroit.”\

How My Food Truck Is Surviving the Pandemic

Roy Choi and the Next Street Food Revolution

Thank you for everything! Roy was such a pleasure and I already had a request to bring him back for a celebrity chef event.