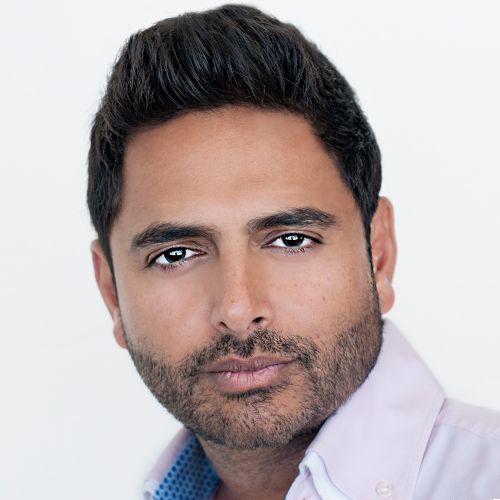 Rohan Oza is a former Chief Marketing Officer at Coca-Cola, and mastermind behind some of the most iconic brands in the consumer space today. Dubbed “Hollywood’s Brandfather” by the Hollywood Reporter, Oza is a global pioneer in celebrity equity deals, and is known for turning groundbreaking consumer products like Vitamin Water and Smartwater into household…

Rohan Oza is a former Chief Marketing Officer at Coca-Cola, and mastermind behind some of the most iconic brands in the consumer space today. Dubbed “Hollywood’s Brandfather” by the Hollywood Reporter, Oza is a global pioneer in celebrity equity deals, and is known for turning groundbreaking consumer products like Vitamin Water and Smartwater into household names.

Oza’s unique philosophy, ideas, and strategies have enabled him to identify key trends and leverage those insights into successful brands, earning billions for corporations and celebrities.

His revolutionary expertise has led him to appear on numerous national television shows, including an appearance as a Guest “Shark” on ABC’s hit reality series “Shark Tank,” as well as on “Squawk Box,” “Closing Bell with Liz Clayman,” “Power Pitch,” and more.

Oza began his career at age 20 as the manufacturing manager behind Mars’ M&Ms, and then went on to become the youngest manager to run the Snickers brand. Oza then moved on to The Coca-Cola Company where he helped revive the Powerade and Sprite brands through his innovative methods.

After a few years, Oza left The Coca Cola Company again to forge ahead on his own, ultimately leading him to CAVU Venture Partners, which he co-founded in 2016. CAVU has quickly become one of the fastest-growing venture funds in the CPG space, raising over $156 million in four months for their first fund, and another $210 million in under a month for their second fund. Continuing to use his uncanny ability to identify the brands of tomorrow at an early stage, Oza has built a highly disruptive portfolio, including Vita Coco, Popchips, Flywheel Spinning Studios, WTRMLN WTR, Chef’s Cut Real Jerky (the fastest-growing jerky in the country), Sir Kensington’s (sold to Unilever in 2017), and his latest success, Bai Brands (sold to DPSG for $1.7 billion in 2017). Oza’s lasting impact in pop culture and brand development is evidenced by the partnerships he forged for WTRMLN WTR (Beyoncé), Bai (Justin Timberlake), Vita Coco (Madonna), Popchips (Bruno Mars), and Chef’s Cut: Real Jerky (Olivia Munn), among many others.

Oza has many philanthropic endeavors but is most passionate about the Children Matter NGO, a partnership between The Starkey Hearing Foundation and Matter Organization, which focuses on providing hearing implants, food and medical equipment to underprivileged children in Africa. Oza, alongside Gene Simmons, hosts an annual gala at his residence and in only two years has raised over $1 million.

Born and raised in Zambia and of Indian descent, Rohan Oza has accumulated numerous prestigious honors throughout his decades-long career, including being named on: Crain’s “40 Under 40,” Brandweek’s Top Ten Marketers, Ad Age’s “Marketing 50,” and many more. Sharing his vision with others, Oza has spoken at BEVNet, Lincoln Conference, Summit Series, SAMMA, and was the keynote speaker at events for 20th Century Fox, Nestle Brands, Michigan’s Stephen R. Ross School of Business, and University of Southern California. As one of the most notable and knowledgeable brand builders in the world, Oza has been profiled by The New York Times, Fortune, Forbes, Business Insider, LA Times, Hollywood Reporter, UK Telegraph, Huffington Post, and many more.

An Evening With Rohan Oza