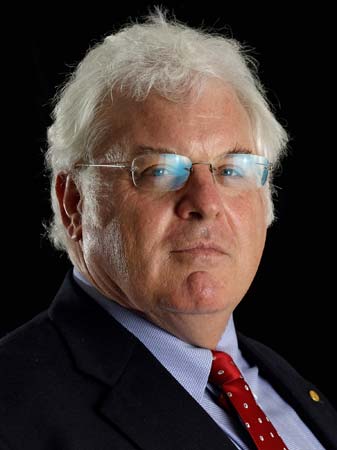 Robert Laughlin a professor of Physics and Applied Physics at Stanford University. Along with Horst L. Stormer of Columbia University and Daniel C. Tsui of Princeton University, he was awarded the 1998 Nobel Prize in physics for his explanation of the fractional quantum Hall effect. Laughlin was born in Visalia, California. He earned a B.A.…

Robert Laughlin a professor of Physics and Applied Physics at Stanford University. Along with Horst L. Stormer of Columbia University and Daniel C. Tsui of Princeton University, he was awarded the 1998 Nobel Prize in physics for his explanation of the fractional quantum Hall effect.

Laughlin was born in Visalia, California. He earned a B.A. in Mathematics from UC Berkeley in 1972, and his Ph.D. in physics in 1979 at MIT, Cambridge, Massachusetts, USA. In the period of 2004-2006 he served as the president of KAIST in Daejeon, South Korea.

A Conversation With Robert Laughlin

Does God Mix with Science?