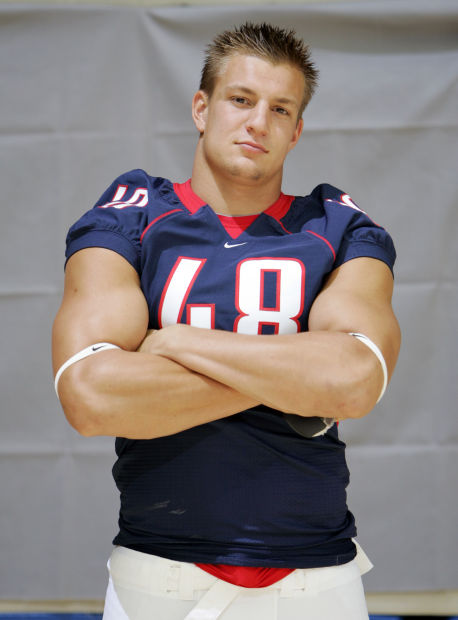 With his contagious enthusiasm and indomitable athletic talent, Rob Gronkowski has transcended NFL superstardom to become a fixture of the modern pop culture lexicon.

Rob Gronkowski is a star tight end for the Tampa Bay Buccaneers of the NFL. Rob is a three-time Super Bowl champion, a five-time Pro Bowl selection, and a four-time First Team All-Pro selection. He previously played nine seasons for the New England Patriots. ‘Gronk,’ as he’s known to his legion of fans, is widely admired for his fun-loving spirit and ability to triumph over significant injuries in his player career, earning him the 2014 Comeback Player of the Year award at the 2015 ESPY Awards. Having been selected for the NFL 100th Anniversary All-Time Team, it is clear by both sports analysts, peers and players alike that he is one of the greatest tight ends to ever play the game.

His larger-than-life personality off the field has made him a crowd favorite well beyond the world of sports. He’s scored endorsements with Cheerios and Monster Energy and has been featured in television ads for Nike and Tide. He’s also made appearances in film and television, including Entourage, Family Guy, and the hit movie The Clapper. In January 2018, Showtime Network released Unsportsmanlike Comedy with Rob Gronkowski, cementing his status as a force on and off the field. Most recently, Rob starred in the movie Boss Level alongside Mel Gibson, and unveiled himself as the White Tiger in the hit show The Masked Singer. Rob is also one of the hosts on the hit CBS competition series Game On! During his year-long retirement from the NFL, he joined Fox Sports as an analyst for their NFL on Fox Sunday Pregame Show, where his energy and charisma were on full display.

Rob started, ‘The Gronk Nation Youth Foundation’ which is dedicated to inspiring youth to reach their maximum potential through sports, education, community, and fitness. His sole focus on this endeavor is to help kids stay actively involved in school and sports and provide them with the tools needed to help them follow their dreams. Gronk Nation provides grants to sports programs, and alongside his brothers, provide appearances at events with selected nonprofit organizations.

Team Above Self: What It Takes to Win—On and Off the Field

Chin Up: How to Stay Positive in the Face of Adversity