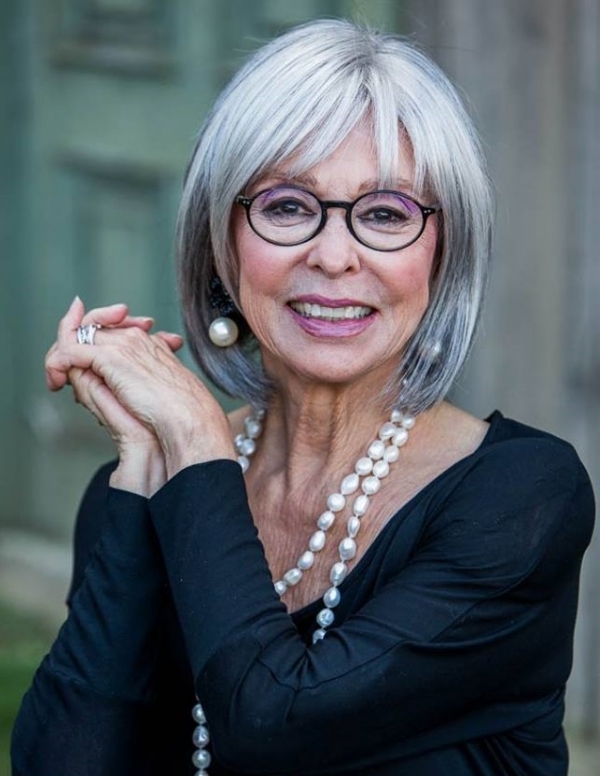 Rita Moreno remains one of the busiest stars in show business: she recently released her first book, Rita Moreno: A Memoir; starred in the premier of “Life Without Make-up,” an original play about her life; and appears regularly as Fran Drescher’s mother in TVLand’s Happily Divorced. In addition, Moreno frequently travels for concerts and lectures.…

Rita Moreno remains one of the busiest stars in show business: she recently released her first book, Rita Moreno: A Memoir; starred in the premier of “Life Without Make-up,” an original play about her life; and appears regularly as Fran Drescher’s mother in TVLand’s Happily Divorced. In addition, Moreno frequently travels for concerts and lectures. Such creative diversity has been the hallmark of her nearly 70-year career.

She belongs to an elite group of only eight living performers who have won entertainment’s grand slam of the industry’s most prestigious awards: the Oscar, the Emmy, the Tony, and the Grammy. Her Oscar win came in 1962 as Latina spitfire “Anita” in the film version of West Side Story, for which she also won a Golden Globe. The Tony was for her 1975 comedic triumph as “Googie Gomez” in Broadway’s “The Ritz.” The Grammy was for her 1972 performance on The Electric Company Album, based on the long-running children’s television series. She won not one, but two Emmys: the first for a 1977 variety appearance on The Muppet Show and the following year for a dramatic turn on The Rockford Files.

Over the decades, Moreno has collected dozens of other show business awards, including a star on the Hollywood Walk of Fame in 1995. A favorite of Chicago audiences and critics, she received that city’s coveted Joseph Jefferson Award in 1968 as “Serafina” in “The Rose Tattoo,” and in 1985 was awarded the prestigious Sara Siddons Award for her hilarious portrayal of “Olive Madison” in the female version of “The Odd Couple.”

Moreno was born Rosa Dolores Alverio in Humacao, a small town near the Puerto Rican rain forest. At age five, she moved with her mother to New York where the precocious child soon began dance lessons. She made her Broadway debut at just 13 in “Skydrift,” starring Eli Wallach. Then, in true Hollywood tradition, a talent scout spotted her and arranged for the teen to meet MGM mogul Louis B. Mayer, who signed her to a film contract.

Her Hollywood career advanced steadily, including early films with stars such as Richard Widmark, Esther Williams, Mario Lanza, Susan Hayward, Tyrone Power, and Gary Cooper. She appeared in the delightful Singin’ in the Rain starring Gene Kelly and was featured as “Tuptim” in the classic The King and I with Yul Brynner and Deborah Kerr. Although early roles sometimes found her typecast as a Mexican spitfire or Indian maiden, she broke the Latina mold playing such roles as an Irish teacher, an Italian widow, a female evangelist, a proper Englishwoman, and a Southern belle. After her Academy Award for West Side Story, Moreno was acknowledged as a major big-screen talent.

Other significant film appearances include: The Night of the Following Day with Marlon Brando in 1967; with James Garner in Marlowe; as Alan Arkin’s girlfriend in Popi; and in Mike Nichol’s production of Carnal Knowledge. She reprised the role of “Googie Gomez” in the film version of The Ritz, followed by Alan Alda’s The Four Seasons, Columbia Pictures’ acclaimed I Like it Like That, and Angus with George C. Scott. More recently she starred in the indie feature Carlo’s Wake with Christopher Meloni and in Blue Moon opposite Ben Cazzara. In addition, she appeared in the highly acclaimed movie Pinero starring Benjamin Bratt and in John Sayles’ film, Casa de los Babys.

Her long stage career has included starring roles on both sides of the Atlantic. In London, she appeared in Hal Prince’s 1962 production of “She Loves Me” and in the 1997 West End run of “Sunset Boulevard.” In New York, she has starred in Lorraine Hansbury’s “The Sign in Sidney Brustein’s Window,” in “Gantry,” opposite Robert Shaw, and with Jimmy Coco in “The Last of the Red Hot Lovers.” She received a Tony Award nomination for her role in “The National Health” in 1974, followed by her 1975 Tony win for “The Ritz.” Other New York credits include: Anne Meara’s “After Play;” “Wally’s Café” with Jimmy Coco; “Circle Rep’s Size of the World;” and more recently the female version of Neil Simon’s “The Odd Couple.”

Moreno’s diverse regional theatre roles include “Lola” in “Damn Yankees,” “Anne Sullivan” in “The Miracle Worker,” “Doris” in “The Owl and the Pussycat,” and “Mama Rose” in “Gypsy.” At Berkeley Rep, she received rave reviews for her interpretation of Maria Callas in Terrence McNally’s play “Master Class” in 2004 and, two seasons later, she received similar acclaim for her portrayal of “Amanda Wingfield” in that company’s “The Glass Menagerie.”

Moreno has guest-starred on a wide variety of television productions in the US and abroad. She is proud to have been a featured artist for many years on The Electric Company, the highly regarded educational show for children. She starred in her own TV series based on the film 9 to 5. Additionally, she played opposite Burt Reynolds in B.L. Stryker and was a series regular with Bill Cosby in the NBC Cosby Mystery Series. In 2007, she starred in the CBS series Cane and most recently she was one of the leads in the highly acclaimed HBO series OZ.

Moreno performs concerts across the country and often appears as a guest artist with symphony orchestras. In January 1993, she was invited to perform at President Clinton’s inauguration and later that month sang at the White House. In 2002 she appeared as the guest artist with the San Francisco Symphony in a production of “Candide.” Moreno’s latest endeavor has been in cabaret where she has met with great critical success.

In addition to film, stage, television, and concert commitments, Moreno fills her spare time by lecturing to various organizations and university audiences on such varied topics as The Value of Diversity to our Culture, The Power of Language, Getting Older without Getting Old and A History of the Arts in Film TV & Theatre. She is also involved with a number of civic and charitable organizations and events.

Moreno has served on The National Endowment for the Arts and as a commissioner for the President’s White House fellowships. She has also served as a member of the President’s Committee on the Arts and Humanities.
At a White House ceremony in June 2004, Moreno was awarded the Presidential Medal of Freedom by President George W. Bush. The medal is the highest honor bestowed upon a civilian and ranks only second to the Congressional Medal of Honor as the nation’s highest award. It is conferred on individuals for a lifetime of meritorious service.

In 2007, Rita Moreno was inducted into the California Hall of Fame by Governor Arnold Schwarzenegger. In 2010, she was awarded the National Medal of Arts by President Barack Obama, as well as the Here I Stand Award for activism in the arts and the HOLA Lifetime Achievement Award.

The Value of Diversity to our Culture

The Power of Language

A History of the Arts in Film, TV & Theatre 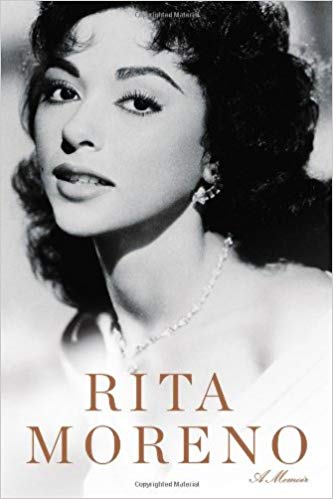 Our luncheon was great! Ms. Moreno was a wonderful speaker. She is also a really friendly and fun person to be with, and we especially enjoyed her warmth, openness and easygoing attitude with sponsors, attendees, etc. She is definitely one of our favorites thus far!