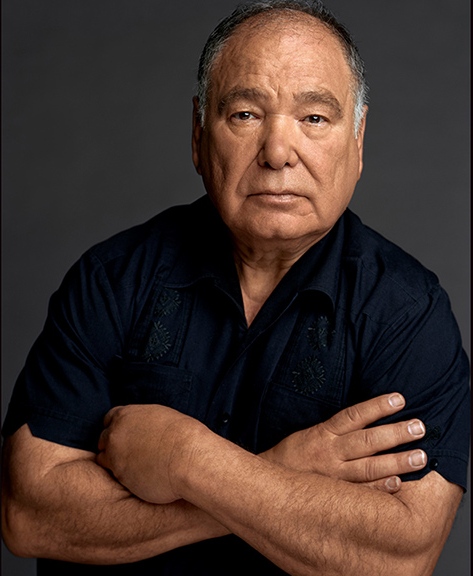 Raul Yzaguirre is one of the most widely recognized leaders in the Hispanic community. His involvement in many of the most critical legislative and public policy issues of the last three decades has made him a key national player on behalf of Hispanic Americans. Today, as President and CEO of the National Council of La…

Raul Yzaguirre is one of the most widely recognized leaders in the Hispanic community. His involvement in many of the most critical legislative and public policy issues of the last three decades has made him a key national player on behalf of Hispanic Americans. Today, as President and CEO of the National Council of La Raza (NCLR) the largest constituency-based national Hispanic organization and a leading Hispanic “think tank” in Washington, DC, he continues his lifelong mission to improve opportunities for Hispanic Americans.

Since joining NCLR in 1974, Yzaguirre has spearheaded its emergence as the most influential and respected Hispanic organization in the country. The Albuquerque Tribune has called NCLR “the leading Hispanic think tank in the country.” In its review of the influence of Latino advocates in Washington, Hispanic Business magazine concluded that NCLR is, “by all accounts the most effective Hispanic organization.”

Yzaguirre has been honored on many occasions for his work. In 1979, he was the first Hispanic to receive a Rockefeller Public Service Award for Outstanding Public Service from the Trustees of Princeton University. From 1989 to 1990, he served as one of the first Hispanic Fellows of the Institute of Politics at the John F. Kennedy School of Government at Harvard University. In 1993, Yzaguirre received the Order of the Aztec Eagle, the highest honor given by the government of Mexico to non-citizens. Also that year, he was the recipient of the Hubert H. Humphrey Civil Rights Award from the Leadership Conference on Civil Rights. In 1998, he was honored with the Charles Evan Hughes Gold Medal Award for courageous leadership in civic and humanitarian affairs by the National Conference for Community and Justice.

Yzaguirre is a past Chairperson of the Independent Sector, a nonprofit coalition of over 850 corporate, foundation, and voluntary organizations. He serves on the Board of Directors of numerous organizations, including Sears, Roebuck and Co., the Enterprise Foundation, the National Democratic Institute, and the Trustees of Dowling College. He was recently elected to the National Boards of the Salvation Army and the 4-H Club.

He was the first Hispanic to serve on the Executive Committee of the Leadership Conference on Civil Rights. Yzaguirre was Chairperson of President Clinton’s Advisory Commission on Educational Excellence for Hispanic Americans, and is currently the President of the Mexican and American Solidarity Foundation. He also serves on the Visiting Committee for the John F. Kennedy School of Government at Harvard University and is a member of the Council on Foreign Relations.

In a 1992 profile, Hispanic magazine described him as being “at the center of the Hispanic leadership stage.” He is a frequent commentator on Latino issues, having appeared in such media as Today, ABC World News Tonight, CBS Evening News, NPR, The Washington Post, The New York Times, The Wall Street Journal,Time and Newsweek.

In 1964, he founded NOMAS, the National Organization for Mexican American Services. A proposal he wrote for NOMAS led to the creation of what is now NCLR. After receiving his BS from George Washington University, Yzaguirre became a program analyst at the Migrant Division of the US Office of Economic Opportunity (OEO).

La Raza & Its Role in the 21st Century

Partnership in the Community of Color

Raul Yzaguiire was excellent! He received a standing ovation.