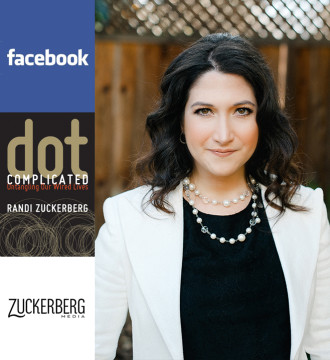 Randi Zuckerberg believes in being a three-dimensional woman of many titles. After all, life is too short to pick just one! She is the Founder & CEO of Zuckerberg Media, a boutique-marketing firm and production company, working with high profile organizations and Fortune 500 companies such as The Clinton Global Initiative, Cirque du Soleil, Conde…

Randi Zuckerberg believes in being a three-dimensional woman of many titles. After all, life is too short to pick just one! She is the Founder & CEO of Zuckerberg Media, a boutique-marketing firm and production company, working with high profile organizations and Fortune 500 companies such as The Clinton Global Initiative, Cirque du Soleil, Conde Nast, and PayPal.

She is the author of two books. Dot Complicated, a New York Times bestseller, discusses Randi’s personal journey on the front lines of Facebook, and her thoughts on how technology has completely changed our lives. Dot a children’s picture book, features an energetic little girl who learns to find balance between her gadgets and playing outside with her friends. The Jim Henson Production Company recently optioned the television rights for Dot.

She is a television producer and contributor. In 2011, she was nominated for an Emmy Award for her innovative blend of online/TV coverage of the U.S. mid-term elections. In 2012, she was the executive producer for a TV docu-series on Bravo about Silicon Valley’s startup culture, and she regularly appears on camera as a contributor for The Today Show and the Katie Couric show to discuss life in the digital age. Randi recently began exploring a new medium: radio. She can currently be heard on the business talk radio show, Dot Complicated, on SiriusXM.

As a highly sought-after speaker, Randi shares her personal story of success in Silicon Valley and her expert insights on technology, business, and entrepreneurship in the digital age. A born performer, she delivers an interactive, entertaining and informative speech that has delighted audiences around the world.

Randi is also a musician and actress. While she has always performed around the Bay Area with her tech cover band, Feedbomb, in Spring 2014, she made it to the big leagues starring in Rock of Ages on Broadway for a 30-show run as ‘Regina Koontz.’ Her performance was so successful she was asked to extend her run for an additional 12 shows.

In her spare time, Randi sits on the board of Professional Diversity Network, a publicly traded company that helps with diversity staffing and training for Fortune 500 companies. In Fall 2014, she launched her first app, Wake Up World!, tasked with teaching children the story of Rosh Hashanah. Randi is also dedicated to expanding her angel investing portfolio with investments in exciting up-and-coming startups.

Also you may have heard of her work at, you know, a tiny little internet company called Facebook, where she created and ran the social media pioneer’s marketing programs from 2005-2011.

But by far, Randi’s favorite and most important job is mom. She currently lives in Silicon Valley with her husband Brent, and sons Asher and Simi.

Women in Business
As the former marketing director at Facebook and current board member of publicly traded company, Professional Diversity Network, Randi is particularly passionate about encouraging more women to step up as entrepreneurs, leaders, and business powerhouses. In this energetic talk, Randi will share her advice, expertise, and inspiration for women in business…and the men who support them.

It’s Dot Complicated
Technology provides incredible new opportunities for our lives and our businesses. But it can also make us want to rip our hair out of our head with complication and confusion. In this insightful talk, Randi will give real world advice on how to make tech work for you and your business: recruiting, managing employees, marketing your business, engaging customers, and much more – in a talk that feels fun, lively, and fresh.

Social Media is Free, Like a Puppy is Free
Your work only JUST begins when you bring that cute little bugger home. Well, social media works exactly the same way. In this fun, interactive talk – Randi will show you just how to make your social media and marketing strategy work for you, in the long run.

Ten Exciting Trends Impacting Your Business Right Now
In her business-keynote-meets-one-woman-comedy-show, Randi Zuckerberg does a deep dive into the latest, greatest, most exciting trends in technology, business, and entrepreneurship that you need to be thinking about right now. But watch out! Everything is Dot Complicated and with every great opportunity comes hidden challenges. Randi helps decode these challenges so that we can make the most of this exciting wired world we find ourselves in. And she does it all in a style that is lively, entertaining, educational, tailored to each specific audience, and uniquely Randi. 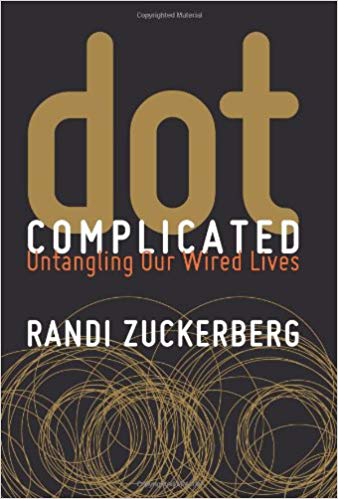 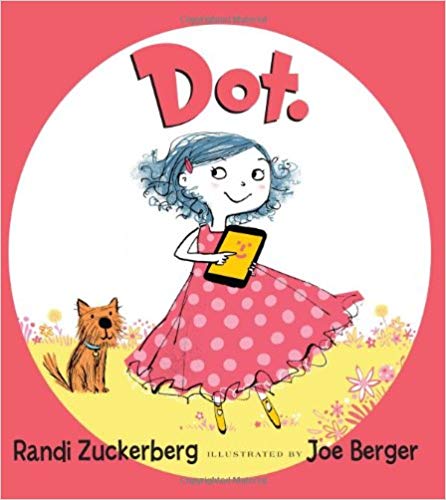 Randi was fantastic, our audiences loved her and she was so easy to work with!”

We loved Randi! It was a phenomenal time. Everyone was super impressed by her informational presentation. We all learned something new, and of course her singing was a scene stealer.

The Business Innovation and Growth Summit

Thank you so much for the amazing presentation Randi gave yesterday. The team cannot stop buzzing about it. Everyone thought she was the best presentation of the entire conference. She are such an impressive person. Smart, engaging, funny, and talented.