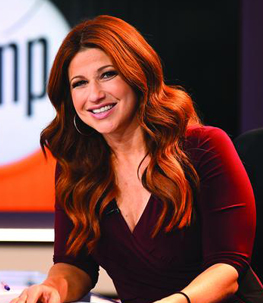 Sports Journalist and Host of ESPN's The Jump

Rachel Nichols returned to ESPN in 2016, as a Los Angeles-based host. Highly respected for her work as a reporter, Nichols had previously worked for ESPN from 2004-2013 while based in New York City. Nichols is an extensive contributor to SportsCenter with commentary, interviews and features. She also occasionally hosts Outside the Lines, and contributes…

Rachel Nichols returned to ESPN in 2016, as a Los Angeles-based host. Highly respected for her work as a reporter, Nichols had previously worked for ESPN from 2004-2013 while based in New York City. Nichols is an extensive contributor to SportsCenter with commentary, interviews and features. She also occasionally hosts Outside the Lines, and contributes to ESPN’s prime time newsmagazine E:60.

Nichols is host of The Jump, a daily half-hour program focused on the NBA. The fast-paced program originates from ESPN’s Los Angeles studios and includes regular appearances by current and former NBA players, as well as ESPN analysts, reporters and insiders. In her previous stint with ESPN, Nichols’ role included major event coverage, breaking news and high-profile interviews. Nichols was most often seen on SportsCenter, NFL Countdown and Outside the Lines, and was also a recurring sideline reporter on Monday Night Football. In 2007, Nichols also became one of the original correspondents to launch E:60.

For the three years prior to her return to ESPN, Nichols was an anchor/reporter at CNN and Turner Sports, working sidelines on the networks’ NBA and NCAA Tournament broadcasts, as a CNN studio analyst and as the host of Unguarded with Rachel Nichols.

A native of Potomac, MD., she received a Bachelor of Science degree in journalism from Northwestern University.

A Conversation With Rachel Nichols 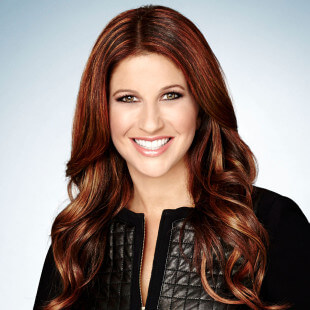