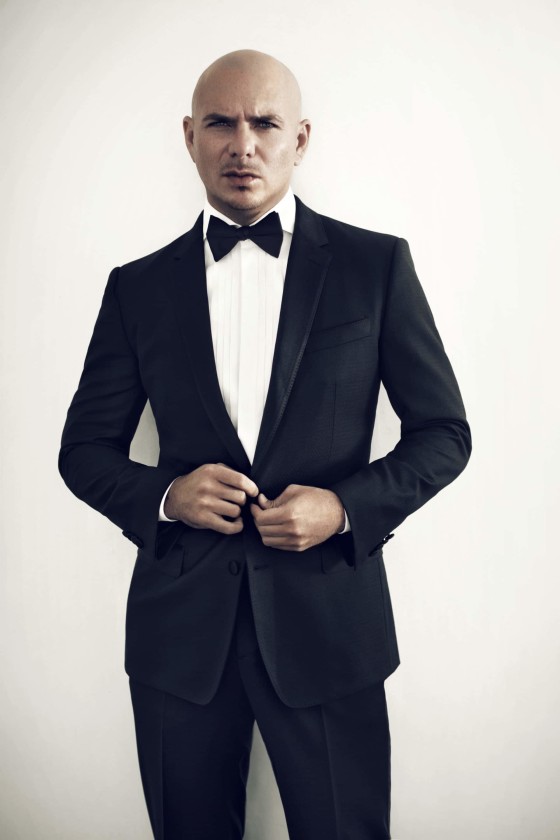 Grammy® award-winning performer Pitbull has taken his career to extraordinary heights, having sold over 70 million singles while establishing himself as an entrepreneur, a philanthropist, a motivational speaker, and an international sensation in the process.

Grammy® award-winning performer Pitbull has taken his career to extraordinary heights, having sold over 70 million singles while establishing himself as an entrepreneur, a philanthropist, a motivational speaker, and an international sensation in the process. But behind the #1 hits and the non-stop international tours lies Armando Perez, the intensely passionate Miami native who rose up from the streets, took a seemingly impossible dream and turned it into global superstardom.

Born to Cuban-American expatriates, Pitbull’s motto is to “turn a negative into a positive,” and this mindset has instilled in him a tenacity that fuels his drive for success. In fact, breaking barriers is in his blood. His grandmother was one of the first women who fled to the Sierra Maestra mountain range in Cuba to escape the tyranny of Fidel Castro. His mother arrived in the United States as part of the historic “Operation Peter Pan,” and his father picked up 547 people during the Mariel boatlift. His aunt became a Cuban political prisoner. Pitbull remains immersed in this culture of challenging the status quo and continues to defy the odds and emerge victorious, inspired by the sacrifices of those that came before him and made his dreams possible.

Initially inspired to pursue his music dream by one of his high school teachers, Pitbull also understands the impact that education can make in one’s life. To spread that message and encourage quality education for children from all walks of life, he serves as an ambassador for SLAM!, the Sports Leadership and Management charter schools he has helped to establish. Launched in the Little Havana section of Miami where he spent some of his youth, the SLAM! model has now expanded to multiple other cities around the country. Always striving to implement its mission to bring relevant experiences to its students, the SLAM! Foundation recently announced its newest initiative: launching the first student-run national radio broadcast on SiriusXM in 2018.

Pitbull is very active on the international speaker’s circuit, having appeared across the United States and internationally in Singapore, London, Mexico City and beyond. On occasion, he has also shared the stage with other luminaries such as Tony Robbins, Suze Orman, Gary Vaynerchuk, and Daymond John.

Drawing on his experiences facing adversity as a child and in launching his career, his unrelenting passion for education, and his brand as a multi-talented musician, entrepreneur, and global superstar, Pitbull delivers an unforgettable program that leaves audiences inspired and motivated to cultivate their passions and turn their dreams into reality.

From Mr. 305 to Mr. Worldwide, Armando Christian Perez, aka Pitbull, rose from the streets of Miami to exemplify the American Dream and achieve international success. His relentless work ethic transformed him into a Grammy®-winning global superstar, business entrepreneur and motivational speaker.

Along the way, he’s been the subject of specials for CNBC, CNN, CBS, NBC, ABC and more; he has made appearances on Empire, Shark Tank and Dancing with the Stars. His music has appeared in Men In Black III and The Penguins of Madagascar, and he even had a starring voiceover role in the animated 3D movie Epic.

In addition to the United States, his sold-out world concert tours have taken him to North and South America, Europe and the Far East. He has also completed headlining tours in China and Japan. Along the way in his journey, he has co-headlined with Enrique Iglesias, spoken to thousands as part of Tony Robbins’ motivational seminars, and opened for Britney Spears in the U.K. and Europe during the summer of 2018.

Pitbull ushered in 2018 with his fourth annual New Year’s Eve event at Bayfront Park in Miami, which was broadcast in-part on Univision, and capped off another stellar year in 2017 that included the release of his tenth full-length album, Climate Change, a second co-headlining U.S. tour with Enrique Iglesias, the release of his first-ever Greatest Hits, and a new Spanish single.

Landing # 1 hits in over 15 countries, 10 billion YouTube/VEVO views, 70 million single sales and 6 million album sales, Pitbull does not stop. His social networking channels include 55 million likes on Facebook (@Pitbull), 26 million followers on Twitter (@Pitbull) and 7 million followers on Instagram (@Pitbull), plus 10 million subscribers on YouTube (PitbullVEVO). Pitbull continues his ascent in the era of streaming music. On Pandora, for example, his all-time metrics include 3.34 billion streams, 14.5 million stations created and 11.2 million active listeners per month, with “Give Me Everything” his most streamed song at 368 million.

Dale! An Evening with Pitbull