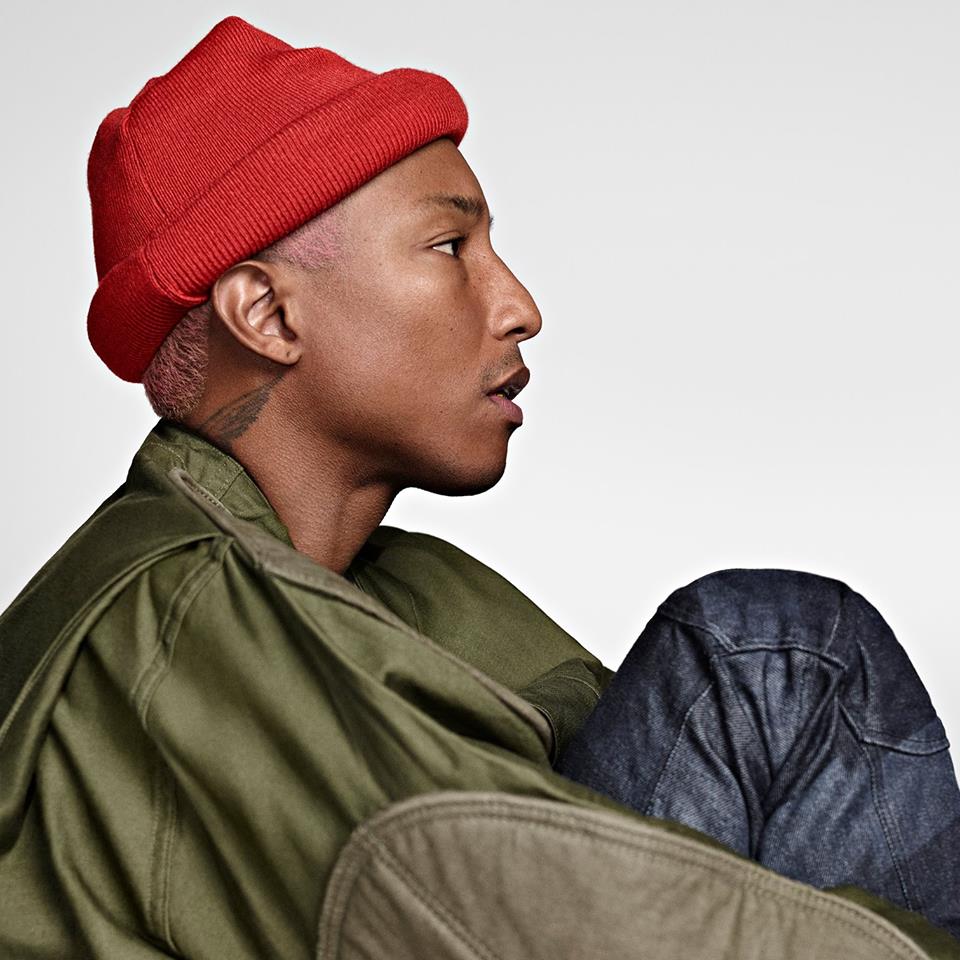 Singer-Songwriter, Producer and Entrepreneur; Known for the Hit Single, "Happy"

Pharrell Williams, the Grammy awarding winning musician and entrepreneur whose recent collaboration with Despicable Me 2 has inspired the world to be “happy,” Starting his producing career as one half of The Neptunes with Chad Hugo, Williams has helped create such classics as Daft Punk’s “Get Lucky,” Robin Thicke’s “Blurred Lines,” Nelly’s “Hot in Herre,”…

Pharrell Williams, the Grammy awarding winning musician and entrepreneur whose recent collaboration with Despicable Me 2 has inspired the world to be “happy,” Starting his producing career as one half of The Neptunes with Chad Hugo, Williams has helped create such classics as Daft Punk’s “Get Lucky,” Robin Thicke’s “Blurred Lines,” Nelly’s “Hot in Herre,” Jay-Z’s “I Just Wanna Love U (Give It 2 Me),” Britney Spears’ “I’m a Slave 4 U” and Justin Timberlake’s “Like I Love You.”

With over 100 million copies of his productions sold, his music sounds like something no one else has thought of just yet. He’s also created a new way of looking at established stars like Snoop Dogg, Madonna and even the Rolling Stones. Over four albums, Williams and Hugo along with Shae Haley created an unpredictable hybrid as part of the alt-rock/hip-hop group N.E.R.D.

The music industry has honored Pharrell with seven Grammy Awards (including 2004’s and 2014’s “Producer of the Year”) and ASCAP’s prestigious Golden Note Award in 2012. He also received a 2014 Academy Award nomination for his original song “Happy” featured in the animated film Despicable Me 2.  “Happy” remained atop the Billboard Hot 100 chart for 10 consecutive weeks, peaked at No. 1 on iTunes in 103 markets worldwide and is the lead single off of his newest album G I R L.  Pharrell’s second solo album G I R L,  was released on March 3, 2014 to rave reviews.

His prolific body of work also ranges from designing a sculpture with Tokyo-born artist Takashi Murakami to accessories and jewelry for luxury goods brand Louis Vuitton to T-shirts for Japanese mega-brand Uniqlo to adidas sportswear and to the forthcoming perfume collaboration with Comme des Garcons. Pharrell’s work in the humanitarian field is an extension of his humble success. In 2008, he founded From One Hand To AnOTHER (FOHTA), a foundation focused on supporting the Pharrell Williams Resource Centers’ learning programs for underserved youth in at-risk communities across the nation. This past March, Pharrell partnered with the United Nations Foundation to celebrate the International Day of Happiness inspiring individuals all over the globe to demonstrate their unique “happy.”

Now, with his latest venture i am OTHER – a multi-media creative collective that serves as an umbrella for all his endeavors, including Billionaire Boys Club; ICECREAM apparel, textile company Bionic Yarn and a dedicated YouTube channel – Williams’s vision continues to push pop culture forward. This fall, Pharrell continued to spread this vision and happiness, having recently completed a 23-date “Dear G I R L” tour across Europe. He can currently be seen as a coach on Season 8 of The Voice.

Feed Your Curiosity
Although he started his career in music, Pharrell has also found success in fashion, art and design. None of it would have been possible without a passion for exploration. Pharrell’s career is an example of going beyond what you already know to find more opportunities for growth and success.

Individuality is the New Wealth
The most successful people and businesses bring something unique to pop culture. It’s the rule breakers who have the power to change the world. With Pharrell’s new creative collective i am OTHER, he encourages people to pursue experiences as the new assets for success.

Saving Arts Education
As more schools across the country cut budgets for the arts, America runs the risk of short-changing our youth. Pharrell credits his high school’s music program with transforming his life and encouraging him to shoot for the stars. Without an arts education, he would not be the person he is today.