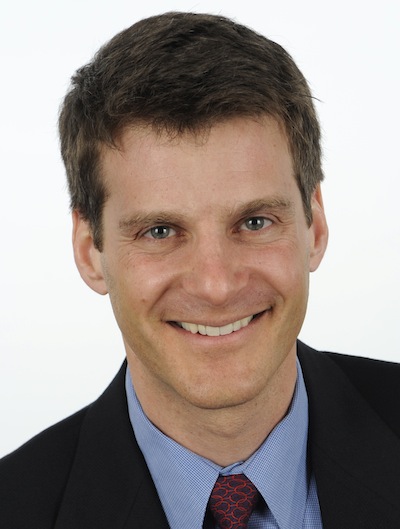 Peter Bregman is the CEO of Bregman Partners, Inc., a company that strengthens leadership in people and in organizations. He is the host of the Bregman Leadership Podcast, short conversations with thought leaders focused on ideas that people can use to become more powerful and courageous leaders. He is the author of Four Seconds: All…

Peter Bregman is the CEO of Bregman Partners, Inc., a company that strengthens leadership in people and in organizations.

He is the host of the Bregman Leadership Podcast, short conversations with thought leaders focused on ideas that people can use to become more powerful and courageous leaders.

He is the author of Four Seconds: All the Time You Need to Stop Counter-Productive Habits and Get the Results You Want, a New York Post top pick for your career in 2015. His previous book was the Wall Street Journal best seller 18 Minutes: Find Your Focus, Master Distraction, and Get the Right Things Done, winner of the “Gold Medal” from the Axiom Business Book awards, named the best business book of the year on NPR, and selected by Publisher’s Weekly and the New York Post as a top 10 business book.

He is also the author of Point B: A Short Guide to Leading a Big Change and contributor to five other books. Featured on PBS, ABC and CNN, Bregman is a regular contributor to Harvard Business Review, Psychology Today, and Forbes, and his articles and commentary have appeared frequently in Bloomberg BusinessWeek, Fast Company, The Financial Times, CNN, NPR and FOX Business News.

Bregman began his career teaching leadership on wilderness and mountaineering expeditions and then moved into the consulting field with the Hay Group and Accenture, before starting Bregman Partners in 1998. Bregman has advised CEOs and senior leaders in many of the world’s premier organizations, including Allianz, American Express, Brunswick Group, Goldman Sachs, Morgan Stanley, Deutsche Bank, JPMorgan Chase, FEI, GE Capital, Merck, Clear Channel, Nike, UNICEF and many others.

Bregman bases his work on the notion that everyone—no matter their job or level—has the opportunity to lead. Unfortunately, most don’t. There is a massive difference between what we know about leadership and what we do as leaders. What makes leadership hard isn’t theoretical, it’s practical. It’s not about knowing what to say or do. It’s about whether you’re willing to experience the discomfort, risk and uncertainty of saying or doing it.

Bregman earned his Bachelor of Arts degree from Princeton University and his Master of Business Association degree from Columbia University.

Managing Change without Resistance
Seventy percent of all major change efforts fail, mostly because of rampant fear, anxiety and resistance. But it doesn’t have to be that way. Far from inevitable, resistance is a direct result of how we manage change.

Peter Bregman has successfully designed and executed major change efforts, involving thousands of people, at some of the world’s most prestigious companies of all sizes.

Peter’s experience proves that resistance is optional, an unintended consequence of the way most leaders try to execute change. His key insight: “People don’t resist change. They resist being changed.”

Peter shows us how and why most change is executed poorly and most change management is counterproductive—creating stress in the leaders and resistance in everyone else.

In this speech, Peter teaches a simple mind shift, and a few basic, easily implementable strategies that can completely transform how managers and leaders lead—and how the whole organization perceives—change. Change instantaneously becomes an opportunity to deepen engagement and ownership; to create a workplace where everyone feels responsible for the success of the entire organization.

Peter illustrates this lively, participative speech with a case study of a successful change involving 2,000 people globally in a large financial services firm. He shares:

Four Seconds: All the Time You Need to Stop Counter-Productive Habits and Get the Results You Want
The basic things we all want—to do good work, be successful, get along with others, produce value as part of a team—are surprisingly straightforward to achieve. But, more often than not, our knee-jerk reactions to the people and situations we face result in the exact opposite. We’re fighting against ourselves in a clumsy disconnect between intention and impact, wasting valuable time and energy and straining our relationships in the process.

Drawing from his most recent book, Peter points out the often funny places where our intuitive but counterproductive knee-jerk reactions get us in trouble, and he shows us how we can replace them with counterintuitive but productive ones.

Peter shows how a few small, individual changes can transform an entire organization—moving it from a silo mentality to collective leadership, and he offers practical ideas, tools and tips to help people work together in a way that they, and their entire organization, profits.  Peter will show audiences:

18 Minutes: Find Your Focus, Master Distraction, and Get the Right Things Done
We squander a tremendous amount of our potential—and organizations waste a tremendous amount of their people’s potential—by focusing on the wrong things or not following through on real priorities. It’s not that people don’t try hard enough; it’s that their efforts don’t reap the benefits they could.

Drawing from his book, 18 Minutes: Find Your Focus, Master Distraction, and Get the Right Things Done, Peter sets out the new, simple rules for leading in a way that brings focus to an organization and makes the best use of everyone’s talents.
Organizations succeed when people use every part of who they are to take care of their top priorities in the most efficient way possible. In this counterintuitive speech, Peter shows us how getting people to fit in or fix their weaknesses works against us. Instead, he tells leaders to help people embrace their weaknesses, assert their differences, leverage their strengths, and pursue their passions.

In this engaging, story-based and very practical talk, Peter offers ideas, practices, tips, mind hacks and gentle nudges to help leaders bring focus to their people and their organization. Peter will show audiences:

Leading with Emotional Courage
Everyone in an organization—no matter their level—has the opportunity to lead. Unfortunately, most don’t. There is a massive difference between what we knowabout leadership and what we doas leaders. What makes leadership hard isn’t theoretical, it’s practical. It’s not about knowing what to say or do. It’s about whether you’re willing to experience the discomfort, risk and uncertainty of saying or doing it.

Emotional courage distinguishes powerful leaders from weak ones. It means standing apart from others without separating yourself from them. It means speaking up when others are silent and remaining steadfast, grounded and measured in the face of uncertainty. It means responding productively to political opposition—maybe even bad-faith backstabbing—without getting sidetracked, distracted or losing your focus.

In this engaging and interactive talk, Peter not only shares real-life stories of emotional courage in action, he gives audiences a taste of it.  Peter shows audiences:

A Question of Change: Peter Bregman at TEDxKingStreetEast 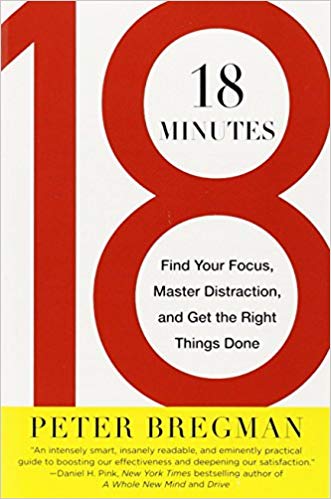 18 Minutes: Find Your Focus, Master Distraction, and Get the Right Things Done 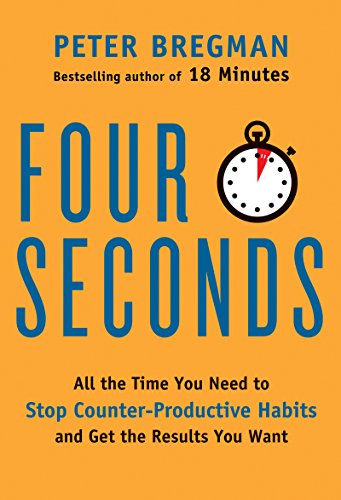 Four Seconds: All the Time You Need to Replace Counter-Productive Habits with Ones That Really Work

Peter Bregman’s presentation was fantastic. His approach to time management is definitely something that we can begin using immediately.

The event was great and people really enjoyed a speaker (Peter Bregman) that was business related but not insurance. Give Peter a “Well Done” from us.

Peter Bregman made a big positive impact. It fit in nicely with our message. A lot of attendees took the time to come up to me and tell me how valuable they thought it was.