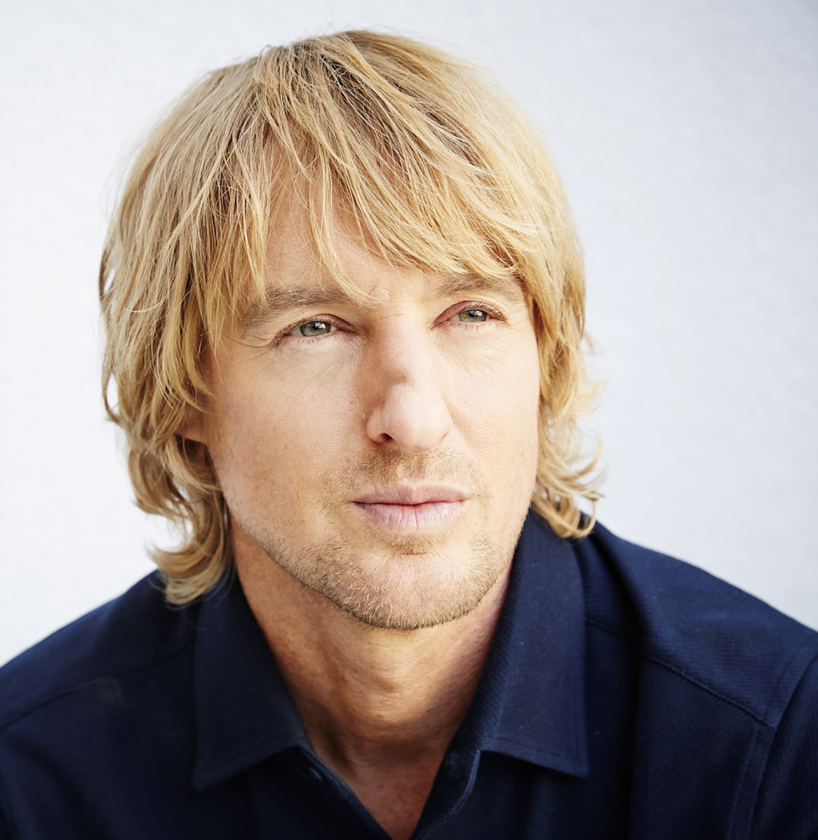 Owen Wilson is one of contemporary cinema’s most successful actors, having won great acclaim for his memorable turns in mainstream and independent films.

Owen Wilson is one of contemporary cinema’s most successful actors, having won great acclaim for his memorable turns in mainstream and independent films.

Wilson’s string of box office successes also include Little Fockers, the third installment of the blockbuster Fockers series, opposite Ben Stiller and Robert De Niro; Marley & Me, with Jennifer Aniston, the Night At The Museum franchise opposite Robin Williams and Ben Stiller; the smash hit comedy Wedding Crashers, opposite Vince Vaughn; the romantic comedy You, Me And Dupree; and as the voice of Lightning McQueen in Disney’s Cars, Cars 2 and Cars 3. Wilson was also featured in the 2014 Oscar nominated film, Inherent Vice. He also starred in Woody Allen’s Academy Award-nominated feature Midnight in Paris, alongside Rachel McAdams and Marion Cotillard. Wilson’s performance as screenwriter and aspiring novelist Gil Pender garnered him a Golden Globe nomination in the category of Best Actor in a Motion Picture Musical or Comedy.

He will be seen next starring in Universal’s upcoming romantic-comedy Marry Me opposite Jennifer Lopez. Wilson has also joined the Marvel Universe as part of the Disney+ upcoming series centered on Tom Hiddleston’s character Loki.

Owen has collaborated with director Anderson seven times, including the Academy Award nominated The Grand Budapest Hotel; The Life Aquatic With Steve Zissou, co-starring Bill Murray and Anjelica Huston; The Royal Tenenbaums, for which he and Anderson were nominated for an Academy Award for Best Original Screenplay; Rushmore, which Wilson co-wrote and co-executive produced; and Anderson’s directorial debut, Bottle Rocket, which Wilson starred in and co-wrote. Wilson has lent his voice to Anderson’s Academy Award-nominated animated feature Fantastic Mr. Fox. Wilson also starred opposite Adrien Brody and Jason Schwartzman in Wes Anderson’s critically acclaimed film The Darjeeling Limited, about brothers taking a spiritual journey through India to rekindle their bond.
Wilson’s releases include adaptation of Raquel J. Palacio’s novel Wonder, alongside Julia Roberts and Jacob Tremblay. He was also featured in Warner Brothers and Lawrence Sher’s Father Figures alongside Ed Helms, Christopher Walken, J.K. Simmons, and Glenn Close. Wilson starred opposite Woody Harrelson and Willie Nelson in the comedic feature film Lost in London. He also appeared opposite Selma Hayek in Mike Cahill’s sci-fi romance, Bliss.

Additional acting credits include: Masterminds, Zoolander, No Escape, Night at the Museum, No Escape, She’s Funny That Way, The Internship, Hall Pass, Starsky & Hutch, Behind Enemy Lines, Meet the Parents and The Cable Guy.

A Conversation with Owen Wilson