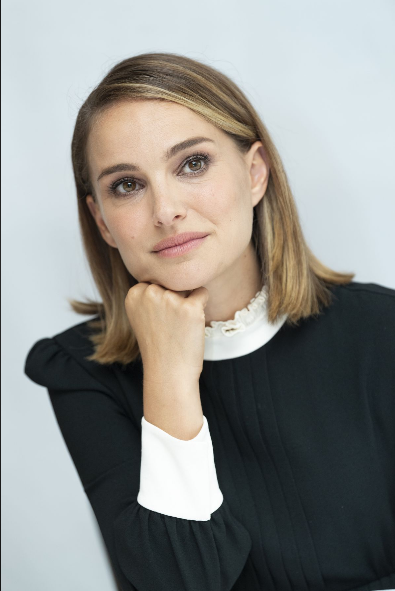 On stage, Portman starred in Mike Nichol’s Shakespeare in the Park production of THE SEAGULL, opposite Meryl Streep, Kevin Kline and Philip Seymour Hoffman; as well as in James Lapine’s Broadway production of THE DIARY OF ANNE FRANK.

Portman has also taken on a variety of roles behind the lens.  She wrote, directed, produced, and starred in A TALE OF LOVE AND DARKNESS, which made its world premiere at the 2015 Cannes Film Festival and its North American premiere at the 2015 Toronto International Film Festival.  The story, based on the memoir by Amos Oz, revolves around Oz’s childhood in Jerusalem in the period following the end of the British Mandate for Palestine and the early years of the State of Israel, in addition to his teenage years on a kibbutz.  Portman’s credits also include EVE, which she wrote and directed, telling the story of a young woman who ends up on her grandmother’s date. The film debuted at the 2008 Venice Film Festival and stars Lauren Bacall, Ben Gazzara, and Olivia Thirlby. She also wrote and directed a short film for NEW YORK, I LOVE YOU, about a day in the life of a father and daughter in Central Park. The film showcases twelve filmmakers who each directed a vignette illustrating the universal theme of love within the five boroughs of New York City.

More recently, Portman served as a producer on THE SEVENTH FIRE, a documentary about a group of Native American gang members, which made its world debut at the Berlin Film Festival in 2015. She also executive produced and narrated the upcoming documentary EATING ANIMALS. The film will examine mankind’s dietary choices and is based on Jonathan Safran Foer’s memoir.

In addition to her film work, Portman also devotes her time to several humanitarian causes. She became the first Ambassador of Hope for FINCA, an international village banking microfinance program providing small loans and savings programs to the world’s poorest families so they may create their own jobs, raise household incomes, and improve their standard of living thereby reducing poverty worldwide. As the Ambassador of Hope, Portman has proved to be a globally aware and dedicated individual who supports the work of FINCA through her advocacy and visits to FINCA International programs in countries such as Guatemala, Ecuador and Uganda. She has also met with high-level United States Members of Congress to lobby for support of international microfinance funding.

As an Ambassador of WE, Portman lends her time to the organization that empowers youth to remove barriers that prevent them from being active local and global citizens. The charity works on international projects, including the Adopt a Village model, which brings over 650 schools and school rooms to youth and provides clean water, health care and sanitation to one million people around the world, freeing children and their families from the cycle of poverty. Through the organization and their “Power of a Girl Project” she also helped support and fund the opening of the Kisaruni All-Girls Secondary School in Kenya.

A Harvard graduate with a degree in psychology, Portman has also studied at Hebrew University in Jerusalem.

An Evening with Natalie Portman

Natalie Portman Is a Human Wikipedia