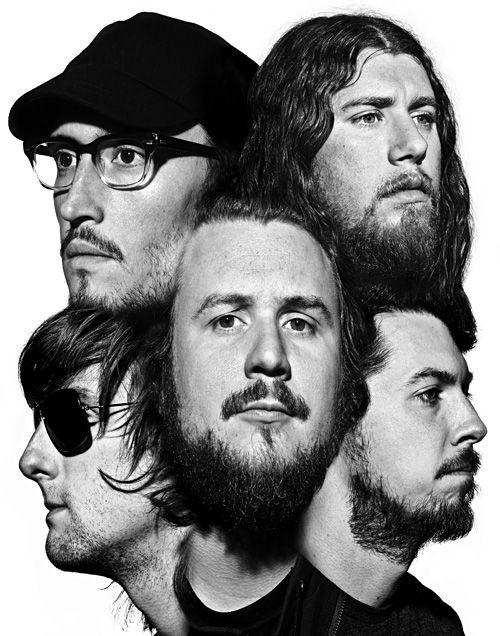 My Morning Jacket signed with ATO Records in 2002. In 2003 they released “It Still Moves,” their major-label debut. The album marked their first entry on the Billboard 200 Albums chart, peaking at #121. This was followed by a live EP, “Acoustic Citsuoca,” which was notable for the absence of reverb on Jim James’ vocals and thus sounded very different from their earlier works.

October 2005 saw the release of the critically acclaimed album “Z,” issued by Sony BMG. “Z” reached #67 on the Billboard 200. In 2006 the band released a double live album and DVD entitled “Okonokos.”

In 2011 the band released their sixth studio album, “Circuital,” which debuted at #5 on the Billboard 200 becoming the band’s highest ranking, beating out “Evil Urges,” which peaked at #9.

An Evening With My Morning Jacket