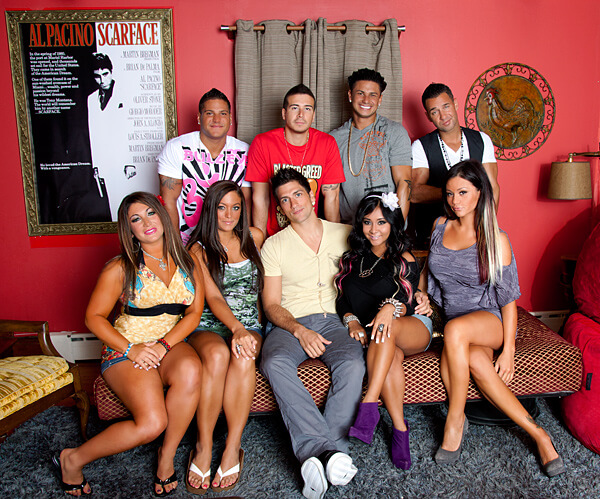 Bring In The Cast From MTV's Jersey Shore!

MTV Jersey Shore first aired in 2009 and quickly became MTVs highest rated show in the network’s history. Throughout the six total seasons of filming, They traveled to and lived in Miami, Italy and of course the legendary Jersey Shore. Starring on the Jersey Shore has opened up so many different opportunities that they never…

MTV Jersey Shore first aired in 2009 and quickly became MTVs highest rated show in the network’s history. Throughout the six total seasons of filming, They traveled to and lived in Miami, Italy and of course the legendary Jersey Shore.

Starring on the Jersey Shore has opened up so many different opportunities that they never imagined. They appeared on The Today Show, The View, Barbara Walters 10 Most Fascinating People, The Ellen Degeneres Show, The Wendy Williams Show, Live with Regis & Kelly, and many more. They also been booked for modeling campaigns for Harper’s Bazaar, People, Life & Style and US Weekly to name a few.

An Evening With MTV Jersey Shore