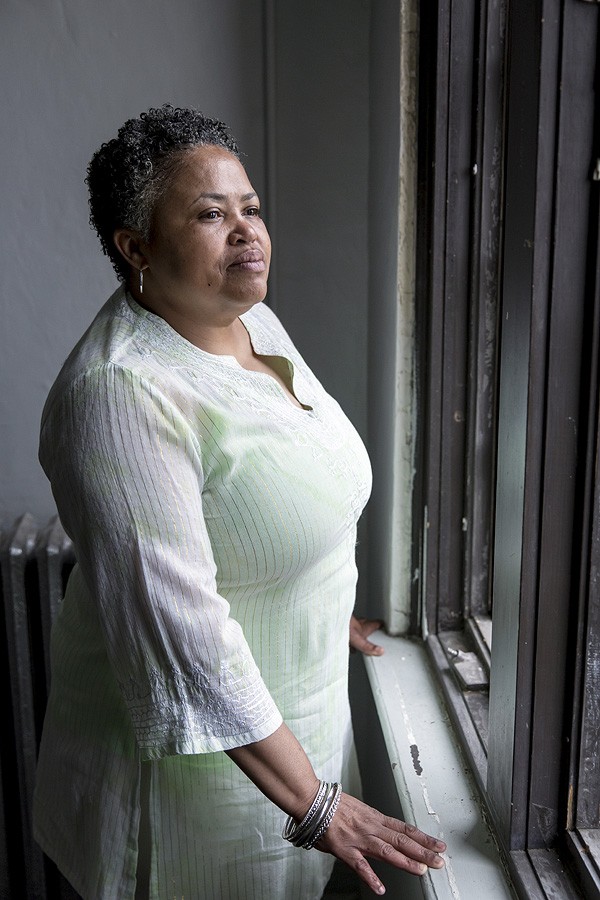 Monica Lewis-Patrick is an educator, entrepreneur, and human rights activist/advocate. She has served as Director of Community Outreach & Engagement since 2009. She was unanimously elected by the Board to become the President & CEO.  Monica is actively engaged in almost every struggle on behalf of Detroit residents. She is an active member of the People’s Water…

Monica Lewis-Patrick is an educator, entrepreneur, and human rights activist/advocate. She has served as Director of Community Outreach & Engagement since 2009. She was unanimously elected by the Board to become the President & CEO.

Monica is actively engaged in almost every struggle on behalf of Detroit residents. She is an active member of the People’s Water Board Coalition, US Human Rights Network, Inter-American Commission on Human Rights (IACHR), and D-REM.org, and was named to the World Water Justice Council in October of 2015. As a former Lead Legislative Policy Analyst for Detroit City Council, Monica has authored legislation, conducted research and delivered constituency services to thousands of city residents.

Monica attended the historic Bennett College. She is a graduate of East Tennessee State University with a Bachelors degree in Social Work and Sociology and a Masters of Arts of Liberal Studies degree with a concentration in Criminal Justice/Sociology and Public Management. Deeply disturbed by the water crisis in her home state of Michigan, Lewis-Patrick set out to provide daily essentials to those in need. She has helped low-income families and the elderly, from Detroit to Flint, gain access to clean water—something many of us take for granted. Through her work with We the People, the organization she co-founded, Lewis-Patrick has set up emergency water stations, opened hotlines, delivered water, provided education, and conducted community research to raise awareness. Her grassroots approach coupled with a steadfast commitment to justice has inspired people of all backgrounds to come together and build communities they’re proud of. In 2016 Lewis-Patrick was awarded the KIND People Award by the KIND Foundation.