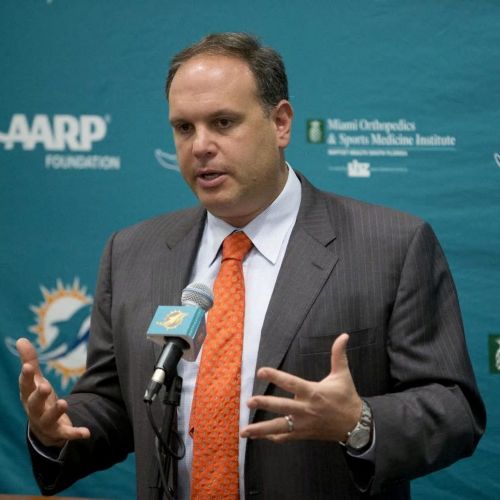 Mike Tannenbaum joined ESPN as an NFL Front Office Insider in April 2019. A former NFL executive with more than two decades’ worth of experience in team front offices, he now appears on a variety of ESPN platforms, including NFL Live, SportsCenter, First Take and Get Up

Mike Tannenbaum joined ESPN as an NFL Front Office Insider in April 2019. A former NFL executive with more than two decades’ worth of experience in team front offices, he now appears on a variety of ESPN platforms, including NFL Live, SportsCenter, First Take and Get Up!.

Under Tannenbaum’s leadership, the Dolphins made the playoffs in 2016 for the first time in eight seasons, and the Jets advanced to the playoffs in three seasons, won four playoff games and made two AFC Championship game appearances. Tannenbaum’s tenure as general manager of the Jets marked the most successful seven-year period in franchise history.

Between executive roles with the Jets and Dolphins, Tannenbaum represented head coaches Steve Kerr (Golden State Warriors), David Blatt (then with the Cleveland Cavaliers) and others serving as an agent and principal at Priority Sports and Entertainment from 2013-14.

Tannenbaum began his NFL career as an intern for the New Orleans Saints in 1994. He went on to the Cleveland Browns as a player personnel assistant in 1995, then returned to the Saints for the 1996 season.

In 1997, then-New York Jets head coach Bill Parcells, now a member of the Pro Football Hall of Fame, hired Tannenbaum as director of player contracts, launching his 16-year career with the team. From there, Tannenbaum advanced to director of pro player development/player contracts in 2000, assistant general manager/director of pro personnel in 2001 and then general manager/senior vice president of football operations in 2006.

In 2008, while serving as a member of the American Bar Association in the sports and entertainment division, Tannenbaum was appointed to the Sports Lawyers Association board of directors. In the same year, he was also appointed to the NFL General Managers Advisory Committee.

Devoted to philanthropic endeavors and helping young people get their start in sports, Tannenbaum remains true to one of his core values that education and knowledge will always pave a successful path. In keeping with these beliefs, the Tannenbaum family instituted scholarship programs with Tannenbaum’s alma maters UMass and Tulane Law School as well as a New Jersey YMCA to afford young professionals the opportunity to pursue their passion in the sports industry without the burden of living expenses.

A Needham, Massachusetts native, Tannenbaum resides in Boca Raton, Florida, with his wife and their two children.

An Evening With Mike Tannenbaum

Mike Tannenbaum Says We Could Be NFL General Managers