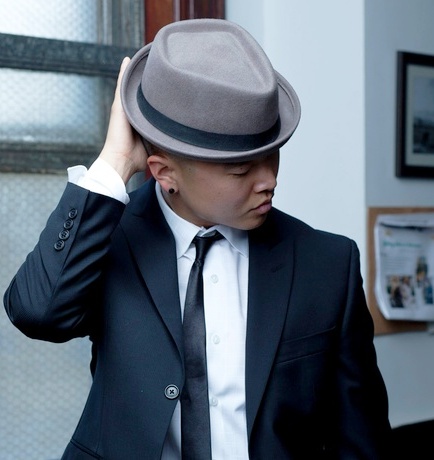 Mike Song first gained recognition as a choreographer for the group, Kaba Modern, a finalist for Season 1 of America’s Best Dance Crew. Since then he has embarked on a solo career choreographing for productions such as “Step Up Revolution”, “The LXD”, and “BLAZE: The Streetdance Sensation”. He has also performed in the Jabbawockeez Las…

Mike Song first gained recognition as a choreographer for the group, Kaba Modern, a finalist for Season 1 of America’s Best Dance Crew. Since then he has embarked on a solo career choreographing for productions such as “Step Up Revolution”, “The LXD”, and “BLAZE: The Streetdance Sensation”. He has also performed in the Jabbawockeez Las Vegas MUS.I.C Show, Red Bull’s BC One World Final, and has appeared twice on the Ellen Degeneres Show. He is known for his style, innovation, and imaginative choreography. Overall, he hopes to inspire and promote positivity through his artistry.

An Evening With Mike Song
Performance, Workshop and Speaking Engagement