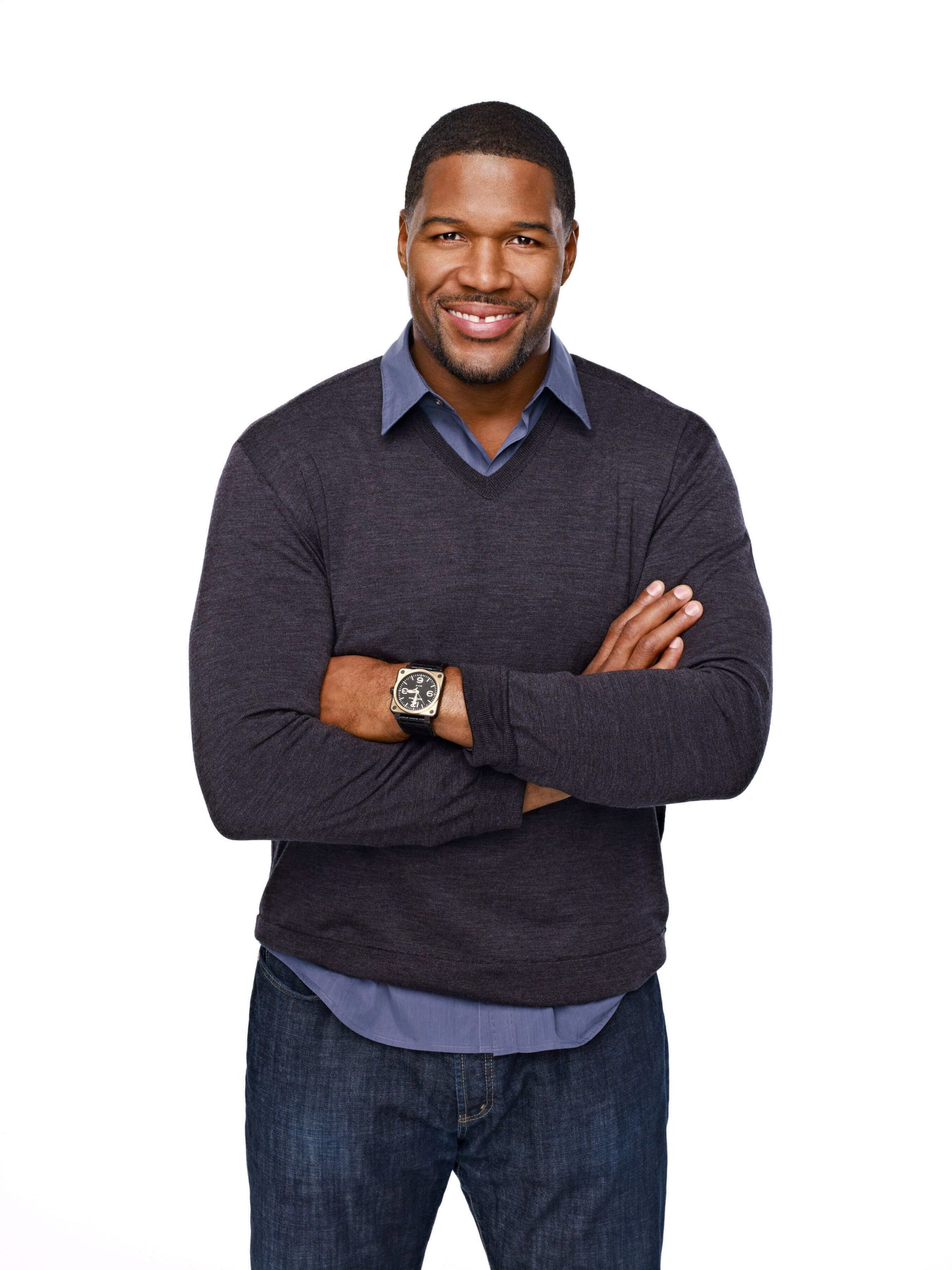 Strahan is Co-Producing Religion of Sports, an original documentary series that examines unique examples of sports’ cultural and spiritual impact in regions around the world, airing exclusively on AUDIENCE Network on both DIRECTV and AT&T U-verse in November. Strahan recently sold his first scripted series to ABC titled HOBBS, which follows Tommy Hobbs, a former Heisman Trophy winner who joins the Miami police force after not being drafted by the NFL.

Prior to joining the ranks of the top sports broadcasters in the country, Strahan’s entire 15-year football career was typified by the charisma and sportsmanship that made him a seven-time Pro-Bowler and one of only four players ever to lead the NFL in sacks for two seasons. His spectacular NFL career resulted in Strahan being named to the 2014 Pro Football Hall of Fame class, the sport’s highest honor.

Strahan lead the New York Giants to a dramatic Super Bowl victory over the previously undefeated New England Patriots in 2007. In 2001, Strahan completed what is widely considered to be one of the greatest seasons ever for a defensive player, breaking the 18-year-old NFL single season sack record with 22.5 sacks. His record still stands today. The charismatic leader of the New York Giants was named the NFL’s 2001 Player of the Year by Sports Illustrated and the 2001 Defensive Player of the Year by the Associated Press, making him the first New York Giant to win the award since Lawrence Taylor.

From 2012-2016, Strahan co-hosted the top-rated, nationally syndicated entertainment talk show LIVE with Kelly and Michael. Strahan and co-host Kelly Ripa were the co-winners of the 2015 and 2016 Daytime Emmy for “Outstanding Entertainment Talk Show Host.” In addition, Strahan was nominated for a 2014 Sports Emmy Award in the category of “Outstanding Sports Personality – Studio Analyst.”

In 2015, Strahan released his best-selling book, Wake Up Happy: The Dream Big, Win Big Guide to Transforming Your Life, which includes personal stories and motivational advice to inspire readers to turn up the heat and go from good to great in pursuit of their personal ambitions. The paperback edition was released in October 2016.

Acting on his entrepreneurial spirit, Strahan introduced COLLECTION by MICHAEL STRAHAN in the fall of 2015, a men’s tailored and accessories line and the recent addition of shoes, available exclusively at JCPenney. Capitalizing on the success of his partnership with JCP, Strahan launched MSX, a men’s Athleisure line, in May 2016, with plans to expand into additional categories in the coming seasons.

With a natural affinity for people and an effortless ease in front of the camera, Strahan’s previous hosting duties include Pros v. Joes, which pitted amateur contestants against professional athletes in a series of athletic feats. Strahan co-hosted the family cable show Backyard Stadiums on DIY Network and built outdoor recreational projects with his co-host. In addition, he participated in the kid-friendly show Giants on Deck and the YES Network show Sack and Renovate, in which he led a guided tour inside his 100-year-old home. Strahan also tackled the world of scripted network primetime television as the star of Brothers, a 30-minute sitcom on Fox from Sony Pictures Television. Strahan made a cameo appearance in the hit film Magic Mike XXL and lent his voice in the animated film Ice Age: Collision Course.

Dedicated to many charitable works, Strahan donates his hands and heart to numerous charities including St. Jude Children’s hospital, The USO and HELP USA.

Born in Houston, Texas, Strahan spent most of his youth in Germany, where his father Gene was stationed in the U.S. Army. Strahan returned to the U.S. for a portion of high school and soon was recruited to play football at Texas Southern University. As a senior at Texas Southern, Strahan was selected first team All-America by the Associated Press when he recorded a school-record 19 sacks and 62 tackles, 32 of which cost opposing teams 142 yards in combined losses.

Now partnered with longtime friend Constance Schwartz to form SMAC Entertainment, Strahan brings his skills, determination, leadership, experience and humor to the multi-dimensional talent management, branding, and production company. In addition to representing dynamic and globally recognized talent, SMAC Entertainment produces strong and diversified content, and has a multitude of projects setup with primetime cable and broadcast networks including HBO, SHOWTIME, ABC, E!, USA Network, NICKELODEON and FYI, as well as Amazon’s streaming video service. For the past three years, the company has produced the highly rated and critically acclaimed Nickelodeon Kids’ Choice Sports Awards, with Strahan hosting the Inaugural Awards Show in 2014. In addition, SMAC produced the innovative HBO documentary series STATE OF PLAY: HAPPINESS, which explores athletes’ retirement transition in relation to larger society and PLAY IT FORWARD, a documentary about famed football tight end Tony Gonzalez and his brother, which premiered as the opener of the 2015 Tribeca/ESPN Sports Film Festival and was acquired by Showtime. Additional projects are in development through CNBC, NFL Network and others.

A father of four, Strahan currently spends his time between New York and Los Angeles.

A Conversation With Michael Strahan 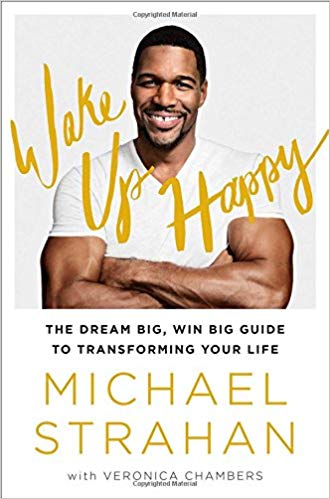 Wake Up Happy: The Dream Big, Win Big Guide to Transforming Your Life 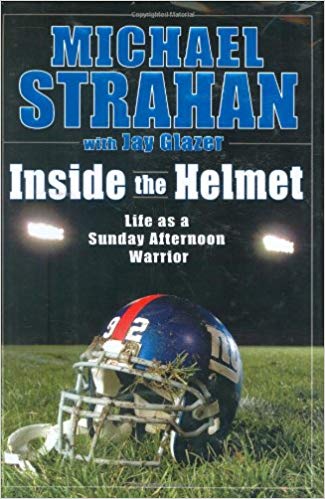 Inside the Helmet: My Life as a Sunday Afternoon Warrior

It was a once in a lifetime experience to have Michael Strahan speaking at our event today! We all were so thrilled at his cheerful demeanor, the charisma he brought to the room and to our panel discussion. It was a fantastic event and something that we all will remember for a long time.Thank you again!