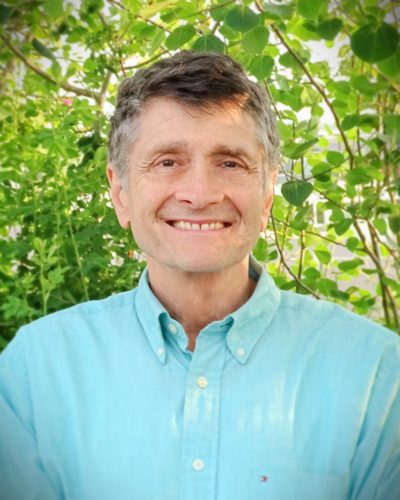 Michael Medved is a nationally syndicated radio talk show host and bestselling author. His daily three hour show reaches 300 stations across the country and an audience of more than 4 million placing him, for nearly two decades, on the Talkers Magazine list of the top ten political talk shows in the United States. Michael…

Michael Medved is a nationally syndicated radio talk show host and bestselling author. His daily three hour show reaches 300 stations across the country and an audience of more than 4 million placing him, for nearly two decades, on the Talkers Magazine list of the top ten political talk shows in the United States.

Michael headshot May 2016Born in Philadelphia, Michael attended public schools in San Diego and Los Angeles before starting Yale at age 16 as a National Merit Scholar. He majored in American History and graduated with honors, before attending Yale Law School, where his classmates included Bill and Hillary Clinton.

After several years as a campaign speechwriter and political consultant, Michael wrote his first bestseller at age 26—WHAT REALLY HAPPENED TO THE CLASS OF ’65?, a skeptical reconsideration of the “counterculture” of the1960’s that became a weekly TV series on NBC. Michael’s subsequent 12 books include THE SHADOW PRESIDENTS, hailed as the definitive history of White House chiefs of staff; HOLLYWOOD VS. AMERICA,a stinging indictment of the entertainment industry; and RIGHT TURNS, which tells the story of Michael’s transformation from “punk liberal activist to lovable conservative curmudgeon.”  THE 10 BIG LIES ABOUT AMERICA (2008) and THE 5 BIG LIES ABOUT AMERICAN BUSINESS (2010), confront the most common smears against the United States and its free market system.

Medved’s most recent book, THE AMERICAN MIRACLE: DIVINE PROVIDENCE IN THE RISE OF THE REPUBLIC, describes a dozen astonishing incidents in which luck, nature or some higher power seemed to intervene on behalf the young United States. In the book, Michael argues that a “pattern of happy accidents” is still a pattern, and sides with the Founders in seeing America as “fortune’s favorite” and “destiny’s darling.”

Michael’s columns on politics and media appear regularly in the Wall Street Journal and USA Today, where he is a member of the Board of Contributors. His work as a film critic, based on short-lived  experience as a Hollywood screen writer, featured positions at CNN (1980-84),Great Britain’s Channel 4 Network (1984), and PBS (1985-96) where he served as co-host of the popular weekly show Sneak Previews. He was also Chief Film Critic of the New York Post for five years before launching his daily radio show in 1996.

Michael has been married for more than a quarter of a century to clinical psychologist Dr. Diane Medved, a bestselling author in her own right (THE CASE AGAINST DIVORCE). Diane’s new book, DON’T DIVORCE! THE MOST POWERFUL REASONS FOR REVIVING YOUR MARRIAGE.

They live in the Seattle area where they raised their three children.

Saving Childhood: Protecting our Children from the National Assault on Innocence
The innocence of children is assaulted on four primary fronts: media, schools, peer groups, and even parents themselves. Each of these forces serves perversely deteriorated ideas to corrupt and frighten our children. This talk focuses on three elements of childhood innocence worth defending: optimism, security and a sense of wonder. Mr Medved will focus on the media and practical steps that parents and society can take to defend these values and to preserve notions of childhood as special and something to shelter in human life.

Hollywood’s Three Big Lies
Public opinion surveys have shown repeatedly that vast majorities of Americans – of every political orientation, ethnic background and income group — worry over the impact of popular culture on the next generation. Hollywood seems perversely determined to frighten and corrupt our children and, to many member of the public, the once beloved ‘dream factory’ has become a poison factory. To justify its own excesses of sleaze, violence, nihilism and irresponsibility, the entertainment industry invariably puts forward these three common excuses:

1. We just create harmless entertainment that has no real influence on anyone.
2. We just reflect reality, we don’t shape reality.
3. We just give the public what it wants. You shouldn’t blame Hollywood for creating bloody and ugly material; you should blame the public for its clear preference for such forms of entertainment.

Each of these excuses is a lie — contradicted by a wealth of evidence. In this lecture, Mr Medved exposes these lies with solid logic and an abundance of information. He also answers the fundamental questions raised by devious arguments of Hollywood apologists. What is the real influence of TV, movies and pop music? How does everyday life differ from the images we see on the silver screen and the boob tube? Why does the entertainment industry stubbornly refuse to respond to the unmistakable public desire for more wholesome and uplifting contributions to the popular culture?

The only way to respond to Hollywood’s big lies is with the truth — knowing the truth, speaking the truth and, as far as possible, living the truth. This address concludes with practical suggestions that can be followed by any family or individual eager for some protection against the onslaught of the American entertainment industry.

Hollywood’s Values vs. American Values
In this keynote address, Mr Medved challenges media bias without calling for censorship or the limitation of artistic freedom. It suggests that if freedom of expression is to be cherished alongside freedom of religion, then filmmakers and their colleagues owe audiences a fair and balanced presentation of the role of faith in the drama of life. Given the enormous impact of Hollywood’s films throughout the world, any diminishing of religion can be immensely destructive, both to society and to the motion picture industry. Mr Medved also addresses people of faith, challenging them to pay attention to distortions and stereotypes of their religious beliefs in the films they see. Comparing past and present depictions of clergymen, rabbis and believers from a variety of religious persuasions, this lecture provides fascinating and thought-provoking discussion.

The Inescapable Conflict: Religious Values in a Media Driven Culture
In this presentation, Mr Medved takes the radical position that the conflict between media driven values and eternal religious values isn’t a product of Hollywood’s contemporary degeneracy, but is rather an inescapable tension produced by the very nature of electronic media. TV and movies encourage a short attention span and a restless, impatient spirit; religion emphasizes a long-term view of reality and a patient, enduring view of life. Mass media promotes superficial glamour and thrills; faith requires that we look behind the surface of our world. Pop culture values fun; religion stresses happiness – and there is a world of difference between fun and happiness – because happiness must be earned and it has a chance to last. In this lecture, Mr Medved explains why the fundamental problem concerning media influences on modern life isn’t too much sex or violence in entertainment. It’s too much entertainment. 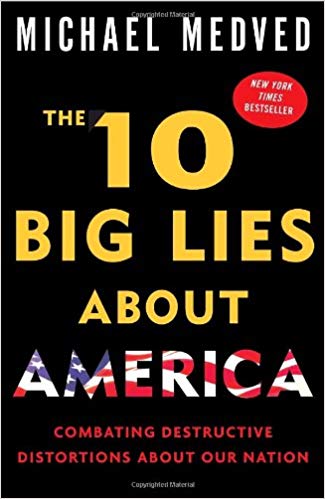 The 10 Big Lies About America: Combating Destructive Distortions About Our Nation 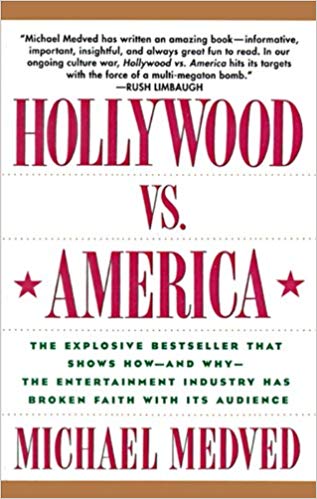 Hollywood vs. America: Popular Culture And The War on Tradition 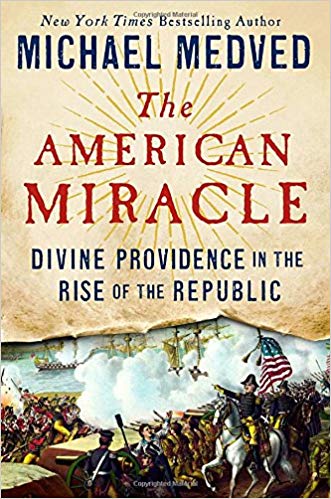 The American Miracle: Divine Providence in the Rise of the Republic 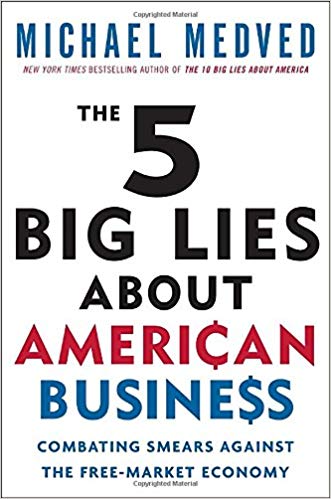 The 5 Big Lies About American Business: Combating Smears Against the Free-Market Economy