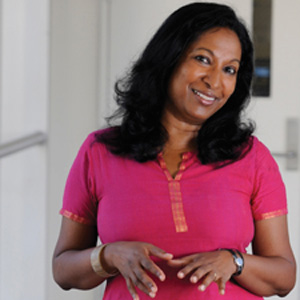 Award-Winning Author, Scholar and Poet. She is Distinguished Professor of English at the City University of New York (CUNY)

Meena Alexander was born in Allahabad, India. She turned five on the Indian Ocean, on the journey with her mother from India to Sudan. She was raised both in Kerala, South India and in Khartoum, Sudan. At eighteen she went to England for her studies. She has a B.A. Honors in French and English from…

Meena Alexander was born in Allahabad, India. She turned five on the Indian Ocean, on the journey with her mother from India to Sudan. She was raised both in Kerala, South India and in Khartoum, Sudan. At eighteen she went to England for her studies. She has a B.A. Honors in French and English from Khartoum University and a Ph.D. from Nottingham University. Birthplace with Buried Stones (Fall 2013) is her seventh book of poetry. She also has three earlier volumes of poetry published in India.

She has edited Indian Love Poems from the Everyman’s series, and published a critically acclaimed memoir Fault Lines (picked as one of Publishers Weekly’s Best Books of the year). Recent poems have appeared in The New Yorker, Harvard Review, Kenyon Review, Threepenny Review.

Her poems have been set to music, including “Impossible Grace,” which was the lyric base of the First Al Quds Music Award and “Acqua Alta,” which was set to music by the Swedish composer Jan Sandstrom for the Serikon Music Group’s climate change project.

She has published two novels Nampally Road (1991/ 2012 – republished by Orient Blackswan) and Manhattan Music. Her academic studies include The Poetic Self: Towards a Phenomenology of Romanticism  and Women in Romanticism: Mary Wollstonecraft, Dorothy Wordsworth and Mary Shelley.

Her prose writings on trauma, migration and memory collected in The Shock of Arrival: Reflections on Postcolonial Experience and Poetics of Dislocation are relevant to our evolving understanding of postcoloniality. A book of essays on her work has appeared: Passage to Manhattan: Critical Essays on Meena Alexander (eds. Lopamudra Basu and Cynthia Leenerts, Cambridge Scholars Publishing, 2009).

Her book of poetry Illiterate Heart  won the PEN Open Book Award and she received a Glenna Luschei Award for poems published in Prairie Schooner . She has received awards from the John Simon Guggenheim Foundation, Fulbright Foundation, Rockefeller Foundation, Arts Council of England, National Endowment for the Humanities, American Council of Learned Societies, National Council for Research on Women, New York State Council on the Arts, New York Foundation for the Arts, and the Ledig-Rowohlt Foundation in Switzerland.

She was the recipient of the 2009 Distinguished Achievement Award in Literature from the South Asian Literary Association (an organization allied to the Modern Languages Association) for contributions to American literature. In 2014, Meena Alexander was named a National Fellow at the Indian Institute of Advanced Study.

She is Distinguished Professor of English and Women’s Studies at the City University of New York and teaches in the PhD Program in English at CUNY Graduate Center and in the English Department at Hunter College.

A Conversation With Meena Alexander

One to One: Dr. Meena Alexander, poet, Distinguished Prof. of English at Hunter College 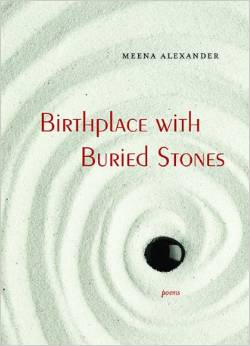