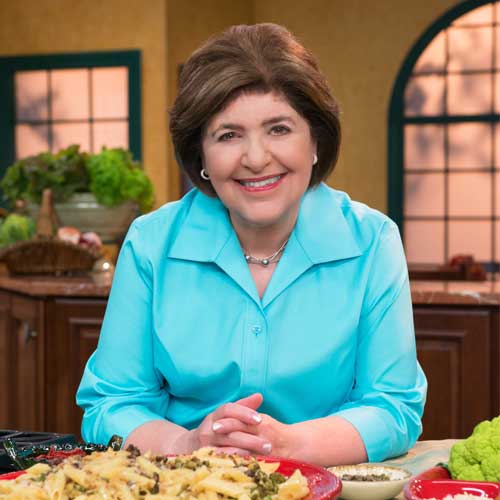 Those three words define Mary Ann Esposito and the signature cooking style that has made her one of America’s most loved television chefs. As the creator and host of the nationally televised PBS series, Ciao Italia with Mary Ann Esposito™, she has brought those values to millions of Americans. This year, the series celebrates its…

Those three words define Mary Ann Esposito and the signature cooking style that has made her one of America’s most loved television chefs.

As the creator and host of the nationally televised PBS series, Ciao Italia with Mary Ann Esposito™, she has brought those values to millions of Americans. This year, the series celebrates its milestone 25th season, making it the longest running cooking series in television history.

Through Ciao Italia and appearances on other television programs including  The Today Show, Regis and Kelly, QVC, the Food Network, Discovery Channel, Fox, Martha Stewart Radio, RAI International, The Victory Garden, Simply Ming, and so many others!), she has been able to share traditional Italian cooking with audiences around the world.

Countless organizations have recognized Mary Ann for her efforts to preserve the traditions surrounding Italian food and culture.   In 2013 she received the Order of the Star of Italy Cavaliere  award from the President of the Italian Republic as well as the Premio Artusi award for her work in promoting Italian food. Johnson and Wales University presented Mary Ann with their Distinguished Author Award.  St. Anselm College conferred an honorary doctorate for her dedication to teaching and preserving authentic Italian cuisine.  The Italian Trade Commission further distinguished Mary Ann by naming her a 2010 Hall of Fame honoree.

The Order Sons of Italy in America (OSIA) honored Mary Ann with the 2009 Lifetime Achievement in the Culinary & Cultural Arts of Italy award.  To promote the rich history and customs of Italian Americans, Mary Ann is involved with both OSIA and the National Italian American Foundation (NIAF).

As a NIAF member, Mary Ann has appeared as a spokesperson for the foundation’s public service announcements.  Mary Ann’s participation in OSIA and NIAF are part of  the focus of the Mary Ann Esposito Foundation, whose goal is to continue the tradition of Italian cooking in the United States by providing scholarship to the next generation of authentic Italian chefs in the United States.

Mary Ann is the author of 12 cookbooks. Her most recent, Ciao Italia Family Classics.

In addition, she hosts an annual trip to Italy for students to experience hands on cooking classes.

A Conversation With Mary Ann Esposito 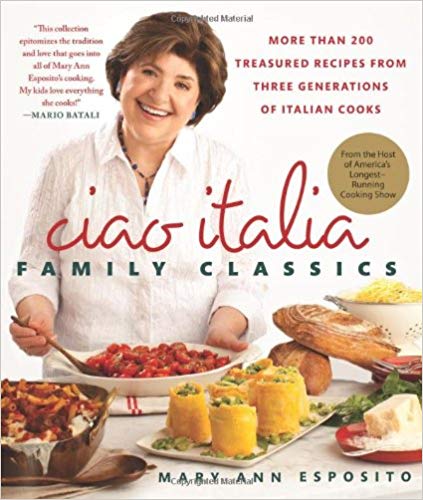