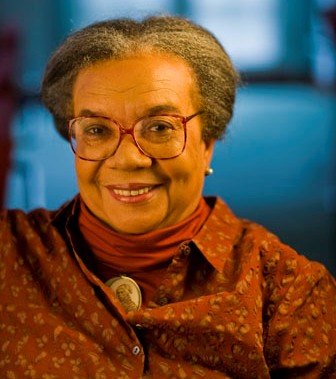 Activist For The Rights of Children. She Has Been an Advocate For Disadvantaged Americans for Her Entire Professional Life

Marian Wright Edelman, founder and president of the Children’s Defense Fund (CDF), has been an advocate for disadvantaged Americans for her entire professional life. Under her leadership, CDF has become the nation’s strongest voice for children and families. The Children’s Defense Fund’s Leave No Child Behind mission is to ensure every child a healthy start,…

Marian Wright Edelman, founder and president of the Children’s Defense Fund (CDF), has been an advocate for disadvantaged Americans for her entire professional life. Under her leadership, CDF has become the nation’s strongest voice for children and families. The Children’s Defense Fund’s Leave No Child Behind mission is to ensure every child a healthy start, a head start, a fair start, a safe start, and a moral start in life and successful passage to adulthood with the help of caring families and communities.

Edelman, a graduate of Spelman College and Yale Law School, began her career in the mid-‘60s when, as the first black woman admitted to the Mississippi Bar, she directed the NAACP Legal Defense and Educational Fund office in Jackson, Mississippi. In l968, she moved to Washington, DC as counsel for the Poor People’s Campaign that Dr. Martin Luther King Jr. began organizing before his death. She founded the Washington Research Project, a public interest law firm and the parent body of the Children’s Defense Fund. For two years she served as the Director of the Center for Law and Education at Harvard University and in l973 began CDF.

Edelman served on the Board of Trustees of Spelman College which she chaired from 1976 to 1987 and was the first woman elected by alumni as a member of the Yale University Corporation on which she served from 1971 to 1977. She has received over a hundred honorary degrees and many awards including the Albert Schweitzer Humanitarian Prize, the Heinz Award, and a MacArthur Foundation Prize Fellowship. In 2000, she received the Presidential Medal of Freedom, the nation’s highest civilian award, and the Robert F. Kennedy Lifetime Achievement Award for her writings which include: Families in Peril: An Agenda for Social Change; The Measure of Our Success: A Letter to My Children and Yours; Guide My Feet: Meditations and Prayers on Loving and Working for Children; Stand for Children; Lanterns: A Memoir of Mentors; Hold My Hand: Prayers for Building a Movement to Leave No Child Behind; I’m Your Child, God: Prayers for Our Children; I Can Make a Difference: A Treasury to Inspire Our Children; and The Sea Is So Wide and My Boat Is So Small: Charting a Course for the Next Generation.

She is a board member of the Robin Hood Foundation, the Center for Budget and Policy Priorities, and the Association to Benefit Children, and is a member of the Selection Committee of the Profiles in Courage Award of the John F. Kennedy Library, the Council on Foreign Relations, the American Philosophical Society, the American Academy of Arts and Sciences, and the Institute of Medicine of the National Academy of Sciences.

The State of America’s Children

Marian Wright Edelman: What Parents and Teachers Need to Know 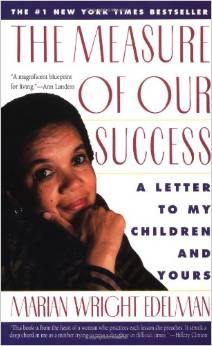 The Measure of Our Success: A Letter to My Children and Yours 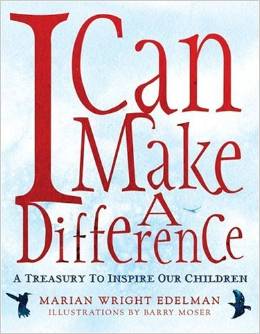 I Can Make a Difference: A Treasury to Inspire Our Children 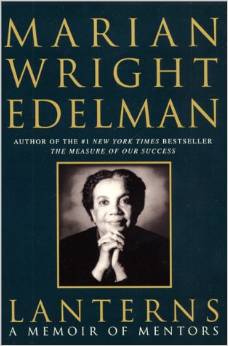 Lanterns: A Memoir of Mentors 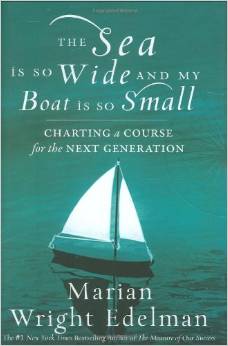 The Sea Is So Wide and My Boat Is So Small: Charting a Course for the Next Generation

The event was wonderful. Her message was so well received. She is so committed to her advocacy. I was so honored to meet her and spend time with her. Thank you so much for making this happen.

The Eighth Annual Alliance National Conference, “Our Combined Voices: Making a Difference for Children with Disabilities” was a huge success. The meeting attended by directors and staff from parent centers nationwide provided an excellent environment for learning, discussion, and networking. We received many excellent comments about the conference. Participants left the meeting feeling energized, enlightened, and equipped with good ideas and concrete strategies for better serving families of children and youth with disabilities. The Alliance staff wishes to thank Ms. Edelman for his presentation and participation at the conference. Her session titled “The State of America’s Children” was rated 3.9 out of a possible 4 points. Some of the many positive comments are as follows: • My hero throughout my entire professional life – what a gift to hear her deliver her message in person. Thank you! • She was truly inspiring. One of the best keynote speakers ever. • What a powerful speaker Ms. Edelman is! I felt like I was listening to greatness! • Wow! I can’t say enough about Marian! It’s nice to hear someone tell it like it is with courage – we don’t hear that enough in this day. • Very inspiring – she filled my sails with a renewed enthusiasm for this work. We thank her for taking time out of his busy schedule to join us at the Alliance National Conference and for helping to make it such a success!