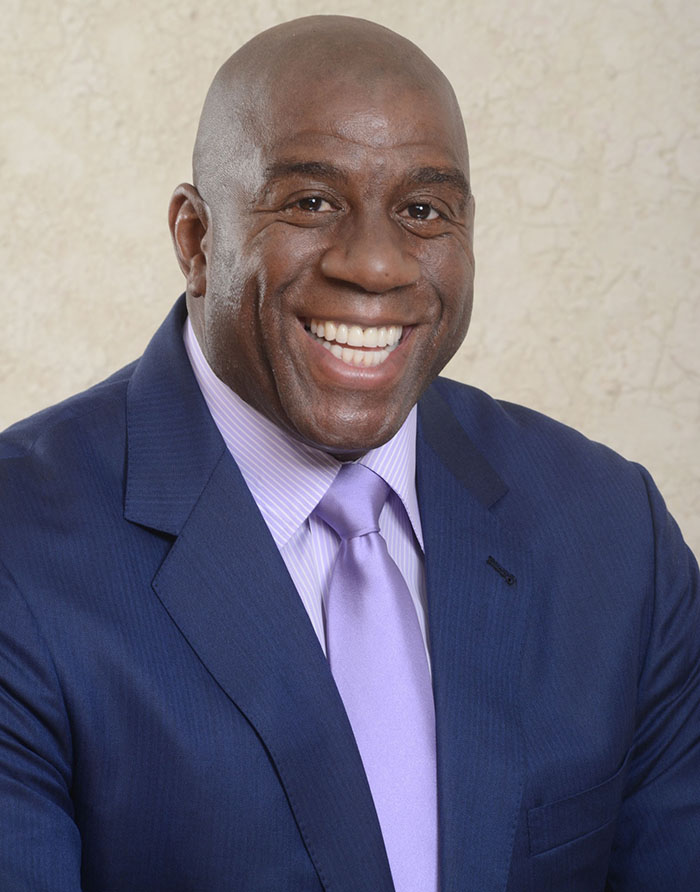 Earvin “Magic” Johnson has become the most powerful African-American businessman in the world. He is a Major League Baseball owner, an NBA Legend, a 2-Time Hall of Famer, an Entrepreneur, a Philanthropist and a Motivational Speaker. The business mogul has successfully parlayed his skills and tenacity on the court into the business world, propelling his…

Earvin “Magic” Johnson has become the most powerful African-American businessman in the world. He is a Major League Baseball owner, an NBA Legend, a 2-Time Hall of Famer, an Entrepreneur, a Philanthropist and a Motivational Speaker. The business mogul has successfully parlayed his skills and tenacity on the court into the business world, propelling his company to the status of #1 Brand in Urban America.

Most noted for his unprecedented Starbucks partnership, which served as the catalyst for redevelopment in urban communities and is literally the blueprint for Corporate America’s engagement and success with urban consumers. In 2010, the savvy businessman divested his Starbucks and Los Angeles Lakers shares in excess $100 million dollars. However, he will continue to assist Starbucks with their community development initiatives and will remain Vice President of the Los Angeles Lakers.

Mr. Johnson has also teamed up with Tim Leiweke of AEG in an effort to build a new stadium and bring an NFL team back to Los Angeles as well as thousands of jobs to the city…The story of Mr. Johnson and Larry Bird’s inspiring friendship and rivalry was presented in a theater adaptation of “Magic & Bird” on Broadway in April 2012.

Mr. Johnson also serves as Chairman and Founder of the Magic Johnson Foundation, where his unwavering commitment to transform Urban America continues through HIV/AIDS Awareness & Prevention Programs, Community Empowerment Centers, and the Taylor Michaels Scholarship Program. Celebrating over 20 years of success, the Magic Johnson Foundation has become one of the most recognizable philanthropic organizations around the world.

My Life: An Evening with Magic Johnson
Basketball Legend

An Evening with Magic Johnson

The Power of Magic

In this session Earvin will share his entrepreneurial prowess that has made him a successful business owner to multiple ventures. A live Q&A can also be added to this session.

The Magic of Creating Meaningful Consumer Experiences
NBA legend Earvin “Magic” Johnson is a Major League Baseball owner, two-time basketball Hall of Famer, Entrepreneur, Philanthropist, and the most powerful African-American businessman in the world. Magic will join us in San Diego to address two of the major themes of DMA2014: engaging with consumers and business as a force for good. As with all great business leaders, Earvin “Magic” Johnson recognized an opportunity and, with his with acute business acumen and unwavering commitment, has not only propelled his company to the status of #1 Brand in Urban America but also transformed Urban America. His unprecedented and innovative Starbucks partnership, alone, served as the catalyst for redevelopment in urban communities and is literally the blueprint for Corporate America’s engagement and success with urban consumers. 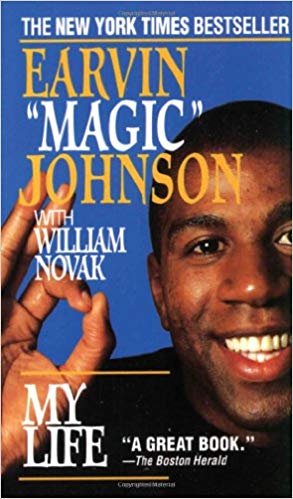 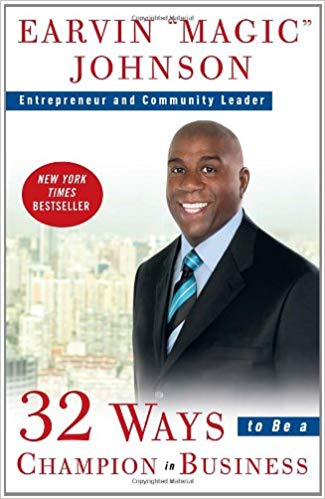 32 Ways to Be a Champion in Business