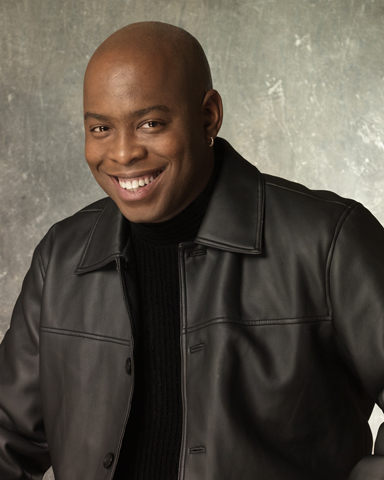 Atlanta born and raised, while in college, Louis Ramey was bitten by the comedy bug. On a dare from his friends, he took the stage to tell a few jokes at a local jazz club. He was hooked immediately to the adrenaline rush of live performance. Louis Ramey set out wanting to conquer stages worldwide,…

Atlanta born and raised, while in college, Louis Ramey was bitten by the comedy bug. On a dare from his friends, he took the stage to tell a few jokes at a local jazz club. He was hooked immediately to the adrenaline rush of live performance.

Louis Ramey set out wanting to conquer stages worldwide, and has successfully done so, at theatres, concert halls, comedy clubs colleges, resorts, cruises, and casino showrooms from points such as Atlanta to the West Indies to Australia and back.

LOUIS has performed on television in the states, Canada and Hong Kong. His US television appearances include his own half an hour comedy special, “Comedy Central Presents: Louis Ramey,” ABC Daytime’s “The View,” Comedy Central’s “Premium Blend,” NBC’s “It’s Showtime at the Apollo,” and CBS Televisions “48 Hour’s.” His Canadian appearances include, “Grumps,” “Comedy at Club 54,” and “Breakfast TV.”

In 1999 LOUIS was voted Best New Artist @ the USCAF (US Comedy Arts Festival) in Aspen.

LOUIS has also opened for many Musical Legends such as RAY CHARLES, WHITNEY HOUSTON, SMOKEY ROBINSON, ISSAC HAYES, and THE TEMPTATIONS and DONNA SUMMER.

In summer 2002 Louis has been back out trekking the globe. July 2002 – Louis Ramey made his debut at the 20th Anniversary of the JUST FOR LAUGHS FESTIVAL in Montreal Quebec, appearing in Laugh-rodisiacs – The Relationship Show & Best of the Uptown Comics shows.

To quote the Montreal Gazette Newspaper 07/21/02 Louis Ramey had his share (along with Howie Mandel) of hilarious moments at the festival. He also completed a tour in Hong Kong – Just for Laughs Comedy Tour – Singapore ’02 – to great success. There he entertained at large sized theatres and concert venues. He is also just freshly back from Guantanamo Bay – Cuba, where he entertained the troops, for a Comedy Central special that will air October 2002. To round off this great run of performances, LOUIS RAMEY recently appeared on the Tonight Show, with Jay Leno. He is already preparing for his next appearance with Mr Leno; which he hopes to tape before the end of the year!

An Evening With Louis Ramey