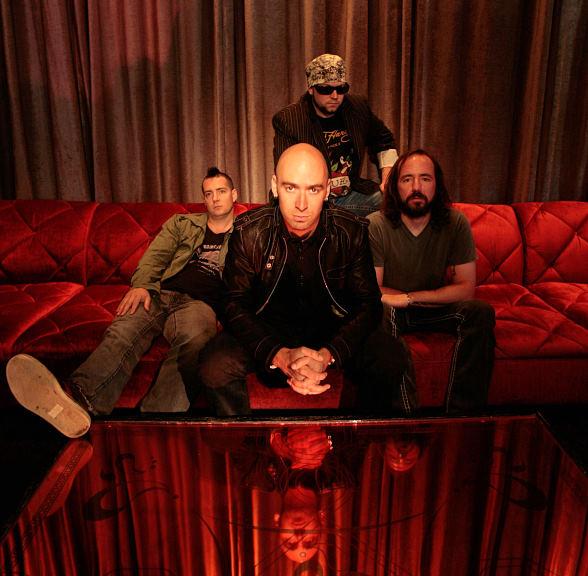 Live (rhymes with "five", often typeset as LIVE) was an rock band from York

The best songs will always define certain time periods. You’ll hear the melodies and instantly be transported back to the moment when you first experienced them. You’ll see the same sights and feel the same feelings as a result. In other words, you’ll get that same sonic bliss. Live’s catalog is filled with songs like…

The best songs will always define certain time periods. You’ll hear the melodies and instantly be transported back to the moment when you first experienced them. You’ll see the same sights and feel the same feelings as a result. In other words, you’ll get that same sonic bliss.

Live’s catalog is filled with songs like those. Among those seminal tunes are mega hits such as “Lightning Crashes”, “I Alone”, “All Over You”, and “Lakini’s Juice”—which remained pillars of the nineties both musically and culturally. Who can forget seeing the music video for “Lighting Crashes” on MTV for the first time—or fiftieth for that matter? We’ve all sung along to “I Alone” at some point too. That’s just a fact.

Meanwhile, “The Dolphin’s Cry” and “Overcome” ushered the group into the 21st century triumphantly. Given anthems such as those, it’s not surprising the outfit sold over 22 million albums worldwide and have become a veritable concert juggernaut. However, Live’s got a whole new crop of songs on the horizon for 2013 that carry the same poetry, power, and passion.

The York, Pennsylvania legends burst on to the burgeoning alternative scene in 1991 with their major label debut, Mental Jewelry. The band—lead guitarist Chad Taylor, bassist Patrick Dahlheimer, drummer Chad Gracey, and founding vocalist Ed Kowalczyk—infused heartfelt melodies with raw energy for an inimitable style that stood out from the early nineties pack.

Live’s sophomore set, Throwing Copper, solidified their status as bona fide superstars though. After fifty-two weeks it reached #1 on the Billboard Top 200 and eventually surpassed sales of 10 million in merely two years. Rolling Stone and MTV both dubbed the album “One of the 25 Greatest Rock Albums of All-Time”, while tastemakers from Spin to The New York Times lauded it with equal praise.

Upon release, its 1997 follow-up Secret Samadhi immediately shot to #1 on the Billboard Top 200 and eventually went six-times platinum. However, on The Distance to Here in 1999, Live turned into an international powerhouse and jumped from arenas into stadiums all over the globe driven by the smash “The Dolphin’s Cry”. V and Birds of Pray followed, continuing to expand their legacy and satiate the rabid and faithful fan base that they had amassed over nearly two decades.

In 2008, the band initiated a hiatus, and Taylor, Gracey, and Dahlheimer founded The Gracious Few alongside Candlebox’s Kevin Martin and Sean Hennesy. The project’s self-titled debut would go on to enjoy critical acclaim as they became a live draw in their own right.

However, Live’s influence never dwindled in either the fan’s lives or the founding band mates. 2012 saw them reborn. Taylor, Gracey, and Dahlheimer approached longtime friend Chris Shinn [Unified Theory] about potentially joining the group. After one practice session, the musicians had tapped into the same magic that characterized their early days. The creative process had been galvanized and rebooted, and Live re-entered the studio with Shinn behind the mic.

Once again, they evolve on the new material. Self-producing and engineering, they intend to also enlist the help of original Live producer Jerry Harrison [The Talking Heads]. In the studio, the quartet has re-invigorated its sound with effusive energy and massive hooks. The next era of Live has just begun, and there will undoubtedly be many more songs to sing along to.

An Evening With Live