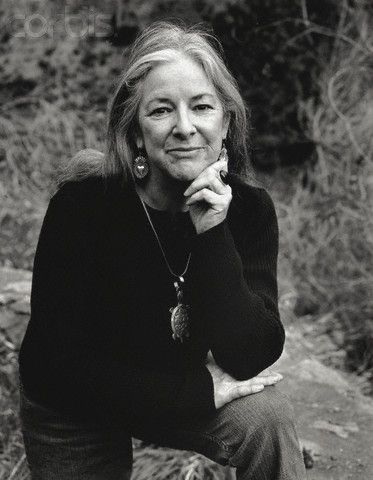 Linda Hogan (Chickasaw) Former Writer in Residence for The Chickasaw Nation and Prefessor Emerita from University of Colorado is an internationally recognized public speaker and writer of poetry, fiction, and essays. In July, 2014, DARK. SWEET. New and Selected Poems will be out from Coffee House Press. Her two newest books are Indios (Wings Press,…

Linda Hogan (Chickasaw) Former Writer in Residence for The Chickasaw Nation and Prefessor Emerita from University of Colorado is an internationally recognized public speaker and writer of poetry, fiction, and essays. In July, 2014, DARK. SWEET. New and Selected Poems will be out from Coffee House Press. Her two newest books are Indios (Wings Press, 2012, long poem, performance)Rounding the Human Corners (Coffee House Press, April 2008, Pulitzer nominee) and the well-regarded novel People of the Whale (Norton, August 2008).

Hogan’s nonfiction includes a respected collection of essays on environment, Dwellings, A Spiritual History of the Land; and The Woman Who Watches Over the World: A Native Memoir. In addition, she has, with Brenda Peterson, written Sightings, The Mysterious Journey of the Gray Whale for National Geographic Books, and edited several anthologies on nature and spirituality. She has written the script, Everything Has a Spirit, a PBS documentary on American Indian Religious Freedom. Hogan was inducted into the Chickasaw Nation Hall of Fame in 2007 for her writing.

She edited work from thirty years of Parabola essays for a book, The Inner Journey: Native Traditions, from Morning Light Press, recently published. This is a collection of essays on Native myth and tradition excerpted from Parabola Magazine. In addition, she has just had a short documentary PBS/?American Experience posted for the REEL/?NATIVE series, A Feel for the Land. Hogan was only the second minority woman at the University of Colorado to become a Full Professor. Her main interests as both writer and scholar are environmental issues, indigenous spiritual traditions and culture, and Southeastern tribal histories. She is currently on the Board of Advisors for Orion Magazine, an environmental journal.

DARK. SWEET. is a collection of work since the 1970’s and begins with the life of her Chickasaw family in Oklahoma. It’s publication holds selections from each book published since that time and shows her growth as an indigenous writer, thinker, environmentalist, and woman, caring for traditional knowledge. Her book INDIOS, is a long poem in parts, and it is also a performance piece for a singular woman’s voice. It was published by Wings Press. Dark. Sweet. New and Selected Poetry is scheduled this year from Coffee House Press.

Hogan is currently working on a new novel as well as essays about Chickasaw history, mythology, and life ways, taking a critical look at past studies of the tribal histories: Rivers and Mounds of the Heart She also has a chapter on Traditional Indigenous Knowledge and animals in a new book on TEK coming out from Oxford University Press.
She has been involved for eighteen years with the Native Science Dialogues and the new Native American Academy and for many years with the SEED Graduate Institute in Albuquerque. She was one of two invited writer-speakers at the United Nations Forum in 2008. Linda has work translated in all major languages by the U.S. Information Office, and speaks and reads her work both nationally and internationally, most recently in Spain as keynote speaker at the Eco-criticism gathering in Alcala’ and at major universities in Taiwan, at the International Studies on Religion, Culture, and Nature in Amsterdam, EASLE (Literature and Environment) in Turkey, and was a plenary speaker at a 2013 conference in Taiwan on Migrants and Memory.

She was a Plenary Speaker at the Environmental Literature Conference in Turkey in November 2009, and presented a 90 minute program at the International Congress of the Parliament of World Religions in Melbourne, as well as moderating and speaking on a panel on Tribal Sovereignty at the same Congress in December 2009.

In April 2014 Hogan will be one of the writers adding to the 200 year record of the Andrews Long Term Research site in the forest near Corvallis, Oregon, a collaboration between scientists and artists.

She has also worked with Native youth in horse programs and has worked with “at-risk” Natve teens. She continues to teach Creative Writing workshops. She now lives and works in the Colorado mountains. Linda Hogan travels frequently to give readings and workshops, and also takes private clients who need assistance to write, edit, or complete their own books.

A Conversation With Linda Hogan 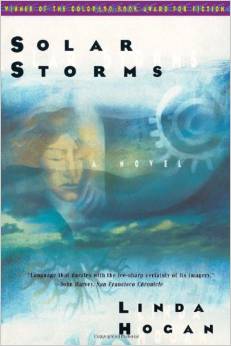 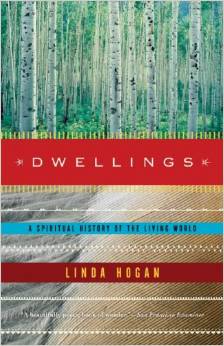 Dwellings: A Spiritual History of the Living World 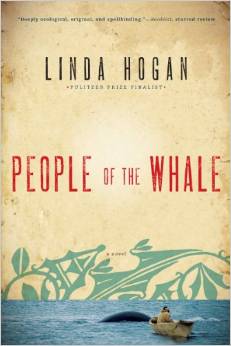 People of the Whale: A Novel 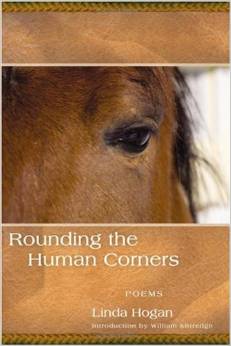