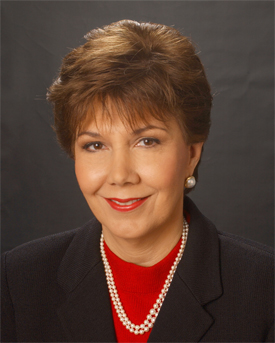 Linda Chavez is President of the Center for Equal Opportunity, a non-profit public policy research organization in Washington, DC. She also writes a weekly syndicated column that appears in newspapers across the country, and is a political analyst for FOX News Channel. Chavez authored “Out of the Barrio: Toward a New Politics of Hispanic Assimilation,”…

Linda Chavez is President of the Center for Equal Opportunity, a non-profit public policy research organization in Washington, DC. She also writes a weekly syndicated column that appears in newspapers across the country, and is a political analyst for FOX News Channel.

Chavez authored “Out of the Barrio: Toward a New Politics of Hispanic Assimilation,” which the Denver Post described as a book that “should explode the stereotypes about Hispanics that have clouded the minds of patronizing liberals and xenophobic conservatives alike.”

In 2000, Chavez was honored by the Library of Congress as a “Living Legend” for her contributions to America’s cultural and historical legacy. In January of 2001, Chavez was President George W. Bush’s nominee for Secretary of Labor until she withdrew her name from consideration.

Chavez has held a number of appointed positions, among them Chairman of the National Commission on Migrant Education, White House Director of Public Liaison, Staff Director of the U.S. Commission on Civil Rights and she was a member of the Administrative Conference of the United States. Chavez was the Republican nominee for U.S. Senator from Maryland in 1986. In 1992, she was elected by the U.S. Expert to the UN Sub-commission on the Prevention of Discrimination and Protection of Minorities.

Chavez was also editor of the prize-winning quarterly journal American Educator, published by the American Federation of Teachers, where she also served as assistant to AFT president Al Shanker and assistant director of legislation.

Chavez serves on the Board of Director of ABM Industries, Inc., as well as on the boards of several non-profit organizations, including the Foundation for Teaching Economics and the Campaign to Prevent Teen Pregnancy. She is a member of the Council on Foreign Relations and was Co-Chair of the Council’s Committee on Diversity.

Chavez received a Bachelor of Arts degree from the University of Colorado in 1970.

The Folly of Bilingual Education

Melting Pot or Boiling Point?: America in the New Millennium 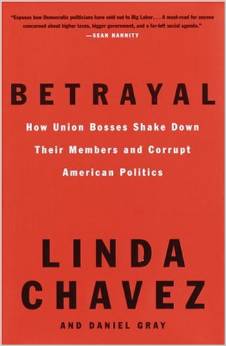 Betrayal: How Union Bosses Shake Down Their Members and Corrupt American Politics

Out Of The Barrio: Toward A New Politics Of Hispanic Assimilation 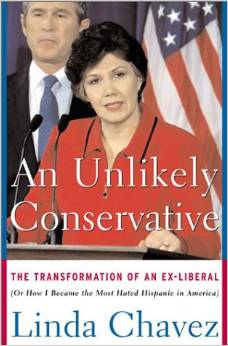 The Linda Chavez event was great! We had a really good response from students and community with a crowd of at least 150, which filled our auditorium to standing room only. We had a very nice dinner at the country club and sold many autographed copies of her book.

“We were truly delighted with your recent visit to Grand Rapids and the presentation you made to the supporters of the Seidman School of Business Alumni Association. Not only was your message enlightening and informative for our audience, you were also warm, kind, and gracious! I personally appreciated the opportunity to have made a brief acquaintance.”