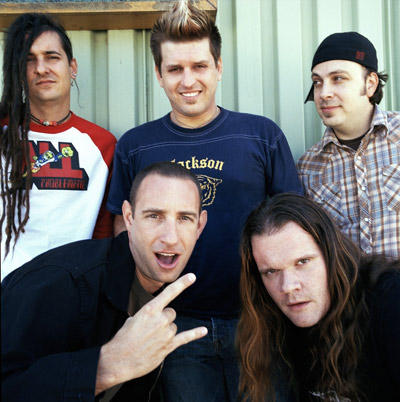 Less Than Jake’s first full length LP “Pezcore” debuted in August 1995, featuring such staples as “Liquor Store” and “My Very Own Flag,” originally on Dill Records. Shortly following the release of “Pezcore,” the band was signed to Capitol Records.

They debuted on the major label in 1996 with “Losing Streak.” The album was full of the band’s wry, fast-paced brand of ska-punk anthems, producing such fan favorites as “Johnny Quest Thinks We’re Sellouts,” “Jen Doesn’t Like Me Anymore” and “Automatic.”

In 1998 the band released “Hello Rockview,” one of their most acclaimed albums. In September 2000, the band released “Borders & Boundaries.” While it was neither as commercially successful or as musically appreciated as previous releases initially, the album was a display of significant growth for the band, showcasing much more mature music than the band had ever shown before. Still, the album provided fans with two instant hits in “Look What Happened” and their hometown anthem, “Gainesville Rock City.”

Less Than Jake returned to major label status with their next album “Anthem,” releasing the 2003 LP on Warner Bros./Sire Records. It featured hit singles in both the U.S. and the U.K., with “She’s Gonna Break Soon,” and “The Science Of Selling Yourself Short” which hit #36 on the Billboard Modern Rock Tracks chart.

In 2006, the band released the four-song EP, “Absolution for Idiots and Addicts,” followed by their next full-length, “In with the Out Crowd,” on Sire Records. The album, while still receiving generally positive reviews, was viewed far more negatively than compared to previous albums. In 2008 the band released their studio album, “GNV FLA,” on their own label Sleep It Off Records. This album was widely viewed as a welcomed return to the sound and musical style heard on their early records.

An Evening With Less Than Jake