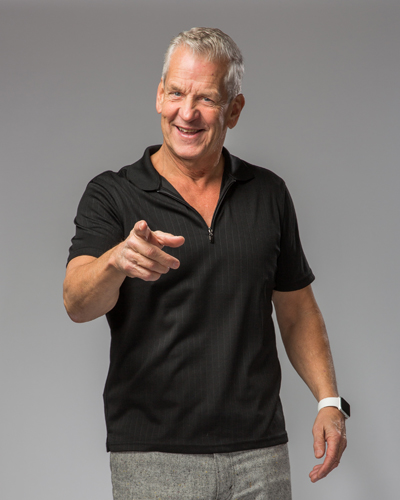 Comedian and Actor, Famous for his Thick Boston Accent and Role as Uncle Teddy on "Rescue Me"

Lenny Clarke was born in Cambridge, Mass., one of eight children. He decided to pursue stand-up comedy one night when he was working as a janitor, putting himself through college at University of Massachusetts in Boston. That night, he went to the Ding-Ho Restaurant in Cambridge and saw some comics performing. Convinced he could do…

Lenny Clarke was born in Cambridge, Mass., one of eight children. He decided to pursue stand-up comedy one night when he was working as a janitor, putting himself through college at University of Massachusetts in Boston. That night, he went to the Ding-Ho Restaurant in Cambridge and saw some comics performing. Convinced he could do the same thing, he returned the next week and, “The rest, as they say, is history!” he exclaims.

Clarke spent several years as the host of the open-mike nights there and has traveled the world as a stand-up comic. His comedic abilities captured the attention of Rodney Dangerfield, who gave him his first big break, casting him in Nothin’ Goes Right. He and Dangerfield also worked together years later on Meet Wally Sparks.

After years of hard work, Clarke was “discovered” at the Montreal Comedy Festival. He had his own series, the eponymous Lenny, which ran for 18 episodes. Other TV work includes The John Larroquette Show, hosting The Sunday Comics, and appearances on Touched by an Angel and The Love Boat: The Next Wave.

An Evening With Lenny Clarke

Lenny Clarke Explains Why Boston Is So Funny