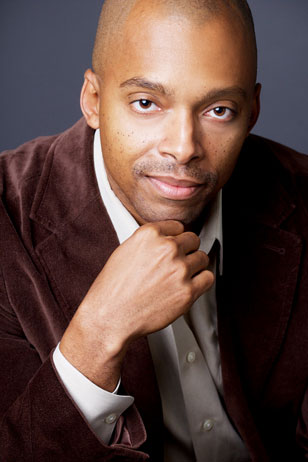 Director, Schomburg Center for Research in Black Culture; Author of "The Condemnation of Blackness: Race, Crime and the Making of Modern Urban America"

Khalil Gibran Muhammad, director of the Schomburg Center for Research in Black Culture, an archive repository for information on people of African descent worldwide Prior to his appointment as the executive director the Schomburg Center in 2011, Muhammad was an assistant professor of history at Indiana University. While there, he wrote The Condemnation of Blackness:…

Khalil Gibran Muhammad, director of the Schomburg Center for Research in Black Culture, an archive repository for information on people of African descent worldwide

Prior to his appointment as the executive director the Schomburg Center in 2011, Muhammad was an assistant professor of history at Indiana University. While there, he wrote The Condemnation of Blackness: Race, Crime and the Making of Modern Urban America, in which he explored the roots of the popular conception of black criminality in America.

“What drove me into academia was a pursuit of knowledge about how it is that we could live in a society that justified…the reality that black life was cheaper than other forms of life in America,” Muhammad said.

Recently, Muhammad has provided commentary about events such as the Trayvon Martin case, the death of Michael Brown in Ferguson, Mo., the Eric Garner case in New York City, as well as the militarization of police forces across the nation. Muhammad has appeared on numerous television and radio news programs, including Moyers & Company, MSNBC with Melissa Harris-Perry, and NPR.

Khalil’s scholarship has been featured in a number of national print and broadcast media outlets, including the New York Times, New Yorker, Washington Post, NPR, Cspan and MSNBC. He is a former associate editor of The Journal of American History and prior Andrew W. Mellon fellow on Race, Crime and Justice at the Vera Institute of Justice.

A former member of NYC’s anti-gun violence taskforce, Khalil currently serves on the board of The Museum of Modern Art, The Barnes Foundation, and the editorial boards of Transition magazine and the North Star Series of John Hopkins Press. Khalil holds honorary doctorates from The New School (2013) and Bloomfield College (2014).

How Numbers Lie: Intersectional Violence and the Quantification of Race

The History of Crime Fighting in Black America

Tracing the genealogy of statistical discourses on race, Khalil Gibran Muhammad explores the violence of racial quantification on black women and men’s lives beginning in the postbellum period. How did the numbers of out of wedlock childbirths or incarcerated men come to define the progress and potential of African Americans by contrast to others? Why have such facts spoken for themselves as is so often said today? Or have they? 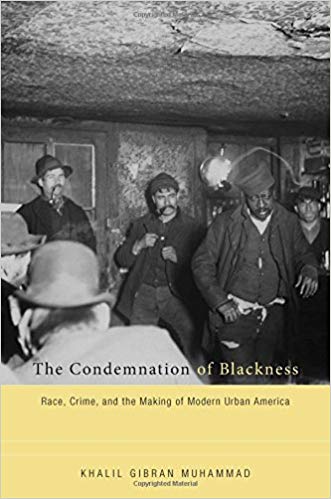 The Condemnation of Blackness: Race, Crime, and the Making of Modern Urban America