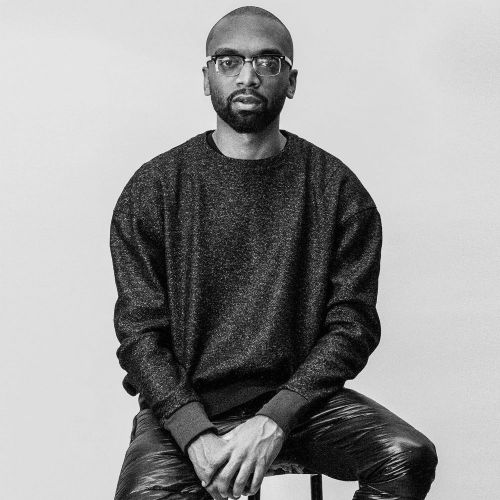 Kerby is an American fashion designer, activist and cultural force. Since launching his label, Pyer Moss, in 2013, Kerby has used his brand as a vehicle to tell bigger stories, as seen in his Fall 2018 campaign titled ‘AMERICAN, ALSO’. His most recent runway show featured four dozen black models, accompanied by a 40-person gospel choir.

Kerby is an American fashion designer, activist and cultural force. Since launching his label, Pyer Moss, in 2013, Kerby has used his brand as a vehicle to tell bigger stories, as seen in his Fall 2018 campaign titled ‘AMERICAN, ALSO’. His most recent runway show featured four dozen black models, accompanied by a 40-person gospel choir.

He most recently won the 2018 CFDA/Vogue Fashion Fund award and has been featured as one of the fashion industry’s “40 of Tomorrow” by Women’s Wear Daily. Pyer Moss was awarded Collaboration of the Year at the Footwear News Achievement Awards for their ongoing partnership with Reebok.

In addition to designing for his label and Reebok, Kerby has collaborated with several brands including Hennessey and Fubu. Kerby also works with some of the biggest artists in music, designing tour looks for Madonna, Lady Gaga, Usher and more.

An Evening with Kerby Jean-Raymond