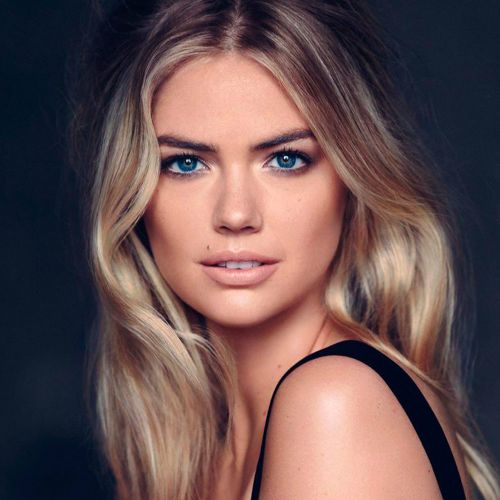 Supermodel, actress, and entrepreneur, Kate Upton is one of the few models who is able to maintain both a mainstream and high-end appeal.

Supermodel, actress, and entrepreneur, Kate Upton is one of the few models who is able to maintain both a mainstream and high-end appeal. Upton has appeared in campaigns for Bobbi Brown, Express, Guess and Sam Edelman to name a few, and has appeared on the cover of the world’s most prestigious magazines including Vogue, Vanity Fair, Harper’s Bazaar, V Magazine, CR Fashion Book, Love Magazine, Sports Illustrated, Cosmopolitan and Esquire. No stranger to disrupting the status quo, In February 2017, Upton became the first person to appear on three different covers of the Sports Illustrated Swimsuit issue. In June 2018, Upton graced the cover of Maxim Magazine as #1 on Maxim’s Hot 100 list. Most recently, she appeared on the September 2019 cover of Health Magazine, their first-ever unretouched cover. In June 2020, Upton was recognized by Global Citizen for her philanthropic efforts during the Covid-19 Global Pandemic.

On the feature film side, Upton starred alongside Cameron Diaz and Leslie Mann in FOX’s hugely successful feature film THE OTHER WOMAN, as well as THE LAYOVER in which she starred opposite Alexandra Daddario. Upton recently launched Strong4Me, a 12-week at-home workout program created for busy women on-the-go. Created by Upton and her personal trainer Ben Bruno, this program helps women of any fitness level build strength and confidence by giving them the tools to build a foundation of healthful living that they can continue to customize and adjust to complement their lifestyles.

An Evening with Kate Upton