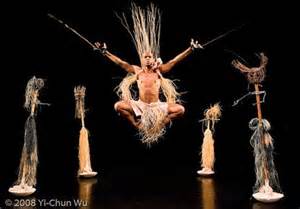 Dance & Song that celebrates the rich history of South Africa

Based in New York City, JUXTAPOWER is a production company of Dance & Song that celebrates the rich history of South Africa, and the coming of age of Africa as a continent that has birthed life. JUXTAPOWER presents a new production of GOT ZULU! GOT ZULU!…is a celebration of the South African story that seeks…

Based in New York City, JUXTAPOWER is a production company of Dance & Song that celebrates the rich history of South Africa, and the coming of age of Africa as a continent that has birthed life. JUXTAPOWER presents a new production of GOT ZULU!

GOT ZULU!…is a celebration of the South African story that seeks to place South Africa in the world context of the present day. The show constantly juxtaposes the different performing arts found in the Western World with those from Africa, and stylishly bridges the gap that exists through showcasing how both are intrinsically intertwined.

GOT ZULU!… first traces through the Johannesburg gold mines where the economic importance of mining to South Africa is explored through the powerful GUMBOOT DANCE and Song. The power of rhythm is further explored with the ensuing TAP/GUMBOOTS COLLABORATION, TAP SOLO & TAP/MOTSWAKO (Batswana traditional singing) COLLABO. The production then traces to TOWNSHIP EXPRESS, which celebrates the lively spirit of the Townships which here forth includes classic SOUTH AFRICAN CHORAL SINGING, RAP, BEAT-BOX, B-BOYING, PANTSULA DANCE. Featured are also sketches that bring the everyday debates about South African political life and history by a wonderfully talented cast that takes the audience on a journey to the central core of Story Telling. With more beautiful singing and thunderous drumming, as ROLLING STONE MAGAZINE once remarked, Got Zulu!… takes the audience to the heartland of the culture with the Zulu dance finale that leaves the audience exhausted. An outstanding cast of 7/12 performers, including both South African and American nationals, performs the production.