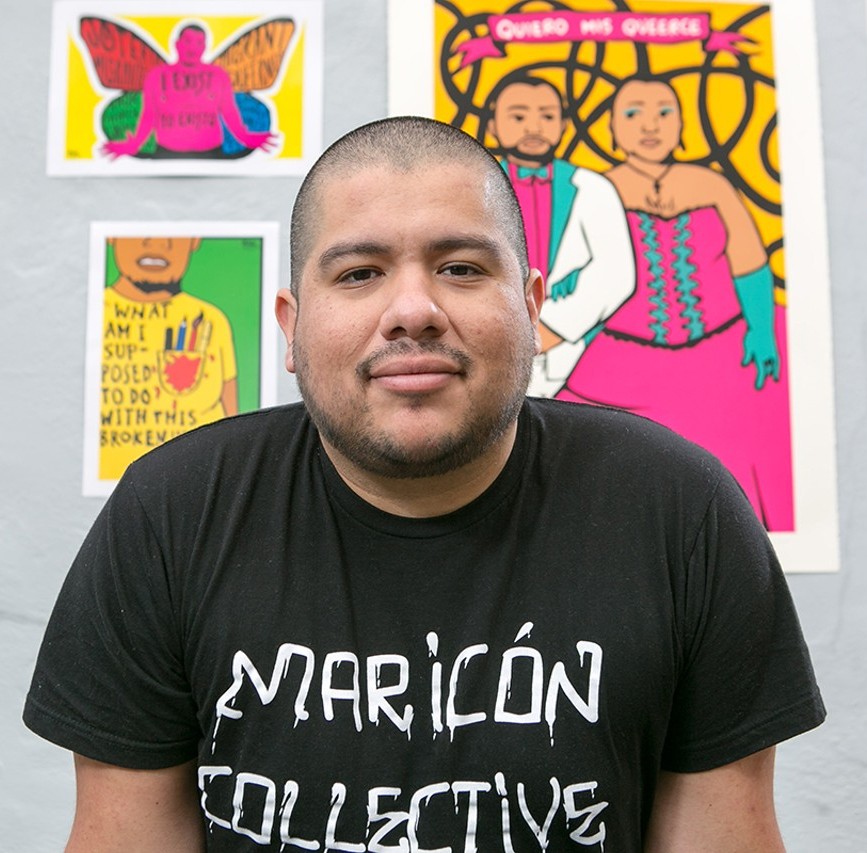 Julio Salgado is the co-founder of DreamersAdrift.com and project manager for CultureStrike. His status as an undocumented, queer artivist has fueled the contents of his visual art, which depict key individuals and moments of the DREAM Act and migrant rights movement. Undocumented students and allies across the country have used Salgado’s artwork to call attention…

Julio Salgado is the co-founder of DreamersAdrift.com and project manager for CultureStrike. His status as an undocumented, queer artivist has fueled the contents of his visual art, which depict key individuals and moments of the DREAM Act and migrant rights movement. Undocumented students and allies across the country have used Salgado’s artwork to call attention to the youth-led movement.

His work has been praised by OC Weekly’s Gustavo Arellano, KPCC-FM 89.3’s Multi-American blog and the influential journal ColorLines. In July 2012, Salgado and other undocumented activists joined Jose A. Vargas on the cover of Time Magazine. Salgado graduated from California State Universitiy, Long Beach with a degree in journalism. To see more of his artwork and other collaborations.

An Evening With Julio Salgado
Given recent national attention on immigration issues in the United States, including the recent White House decision to end DACA (Deferred Action for Childhood Arrivals), Salgado’s visit is timely.  His work has sought to increase the visibility of undocumented queer Latinxs, including both the resilience inherent in this community and the heightened fear and uncertainty experienced by those in it